2. To meet the anticipated demand swell during the Super Bowl weekend next February, American Airlines will reportedly add 91 flights to the Phoenix Sky Harbor International Airport in the Feb 9-Feb 14 time frame. Super Bowl will be played on Feb 12 at the State Farm Stadium in Glendale. Over the five-day period, AAL will operate more than 3,000 flights to/from Phoenix. The day after the Super Bowl (Feb 13) is expected to be extremely hectic, with 548 flights arriving at/departing from the Phoenix Sky Harbor International Airport. American Airlines currently carries a Zacks Rank #3 (Hold).

3. The first new market for the joint venture between Delta and the Latin American carrier LATAM Airlines will be Sao Paolo, Brazil. Currently, DAL does not operate flights connecting Los Angeles to Sao Paolo. From Jul 1, the flight will operate thrice a week on the route. A Boeing 777-300ER aircraft will be used for operating flights on the Sao Paolo- Los Angeles route. The jet has a capacity for 410 passengers (38 in the Premium Business cabin, 50 in Economy+ and 322 in Economy). The new route will offer customers access to the largest U.S.-South America market from Los Angeles. 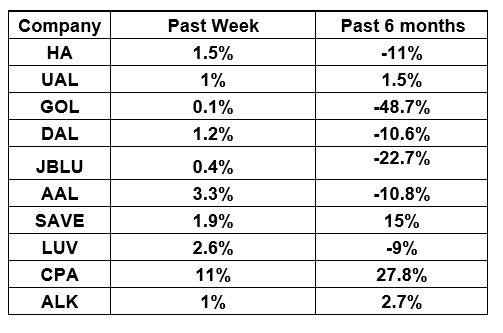 With the earnings season over, watch this space for the usual news updates.

Here's How Lands' End (LE) is Poised Ahead of Q3 Earnings