ENS has rallied 17.3% over the past four weeks, and the company is a #2 (Buy) on the Zacks Rank at the moment. This combination indicates ENS could be poised for a breakout.

The bullish case solidifies once investors consider ENS's positive earnings outlook. For the current quarter, no earnings estimate has been cut compared to 2 revisions higher in the past 60 days. The Zacks Consensus Estimate has increased too. 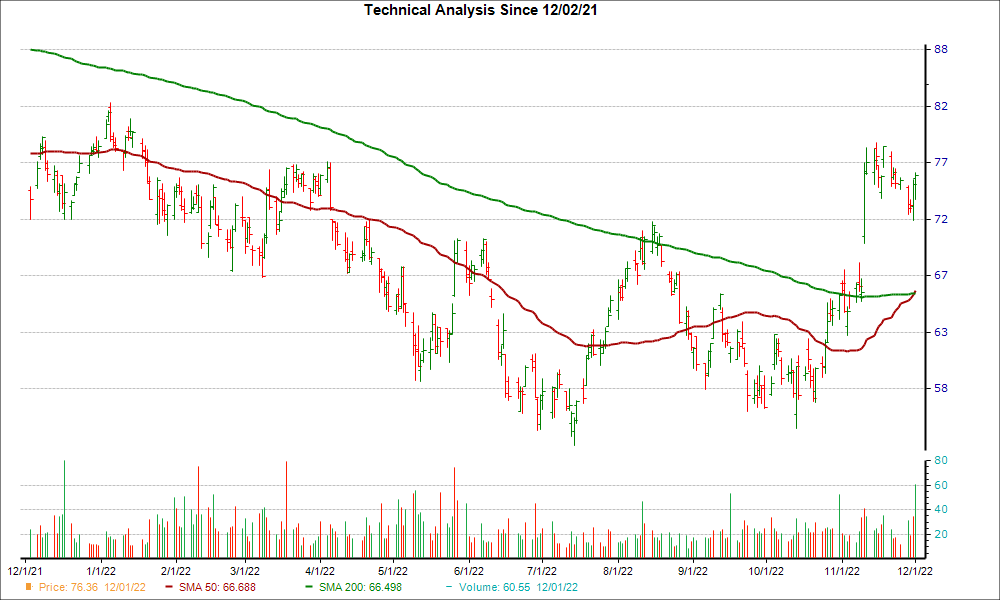 With a winning combination of earnings estimate revisions and hitting a key technical level, investors should keep their eye on ENS for more gains in the near future.

Does Triumph Group (TGI) Have the Potential to Rally 40% as Wall Street Analysts Expect?