The International Monetary Fund (IMF) has lowered its growth forecast for the United Arab Emirates (UAE - Free Report) for 2017 and 2018, owing to the impact low oil prices are expected to have on the gulf nation.

The oil economy growth is expected to ease to 3.2% compared with its April forecast of 6.2%.

Moreover, slower growth in the non-oil economy is also expected to weigh on the nation’s performance. The IMF expects a 3.3% rise in UAE’s non-oil economy compared with its earlier estimates of 3.8%.

This fund focuses on providing exposure to companies based out of the UAE.

This fund is a relatively less popular equity ETF that focuses on providing exposure to the dividend paying equities of Middle Eastern nations (read: Stay Away from These Middle East ETFs on Gulf Rift).

Below, is a chart comparing the year-to-date performance of the two funds. 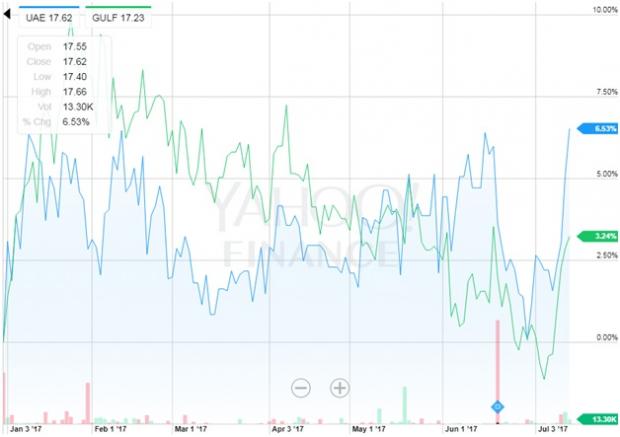