In one of the most devastating tropical storms in 50 years -- Hurricane Harvey -- the city of Houston was the worst hit. The storm ravaged through the city causing widespread damage to properties as well as human lives. Catastrophic flooding further added to the woes.

Among the 16 sectors in our Zacks Coverage Universe, Energy and Insurance sectors have lost the most. In addition, Utility sector also suffered since catastrophic flooding affected transmission lines in many regions of the state, forcing thousands to deal with power cuts.

According to Texas Governor Greg Abbott, the impact of Harvey was far greater than that of Hurricane Katrina, which affected New Orleans in 2005.

The U.S. government requested Congress for an aid of $7.85 billion for rescue operations in Texas and Louisiana. However, Governor Abbott, in his latest interview to BBC News, claimed that Texas will need an assistance of $180 billion to recuperate from the loss. Notably this is higher than his earlier provided estimate of $125 billion worth aid.

Per the latest report provided by the Electric Reliablity Council of Texas (ERCOT), as of Sep 1, certain areas in the state of Texas will continue to experience outages due to Harvey. This is because two major 345-kV transmission lines in the state are still out of service, including the one in Houston.

Moreover, about 7,500 MW of generation resource capacity remains unavailable or is operating at reduced capacity.

According to ERCOT’s report, none of the major utilities in this area have suffered any notable damages in their generation fleet or power generating system, thanks to advanced infrastructural development. However, most of their customers suffered significant power outages, which in turn may impact their third-quarter bottom-line results.

Although, utility providers are trying their best to restore the system, it is difficult to exactly forecast the time of full restoration as it depends on the extent of damage and location of the outage. Moreover, continued flooding is likely to delay restoration in many areas and lead to new outages.

Naturally, electricty flow from utility providers that operate in Texas suffered extensively due to this category 4 hurricane, which had earlier been predicted to be a category 3 storm.

Considering the fact that Houston is the fourth most populous city of the United States, demand for electricity is also high. Coming to the state’s statistics, Texas is the second-largest economy among the U.S. states and is the largest electricity consumer, as per latest report by the U.S. Energy Information Administration. This made the state a well desired abode for utility players to expand their business.

However, Harvey’s impact on the state’s properties hampered the smooth flow of electricity through the transmission lines, leading to widespread outages and are expected to affect the growth of the following three utilities.

American Electric Power Company, Inc. (AEP - Free Report) : AEP Texas, a subsidiary of American Electric Power, is engaged in the transmission and distribution of electric power to approximately 1 million retail customers in west, central and southern Texas. It encompasses the AEP service territory in the ERCOT.

The company’s shares have lost 0.8%, following the impact of Harvey. It currently carries a Zacks Rank #3 (Hold). 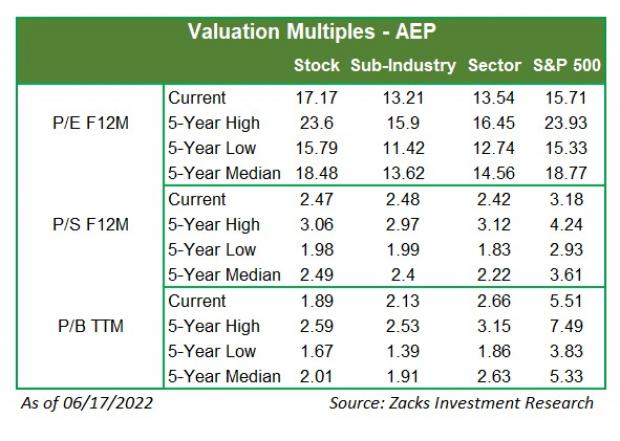 CenterPoint Energy, Inc. (CNP - Free Report) : Houston Electric, a subsidiary of CenterPoint Energy,engages in the electric transmission and distribution business in the Texas Gulf Coast area including the city of Houston. It is also a member of the ERCOT.

The company’s shares have lost 1% due to Harvey’s impact. It currently carries a Zacks Rank #2 (Buy). You can see the complete list of today’s Zacks #1 Rank (Strong Buy) stocks here. 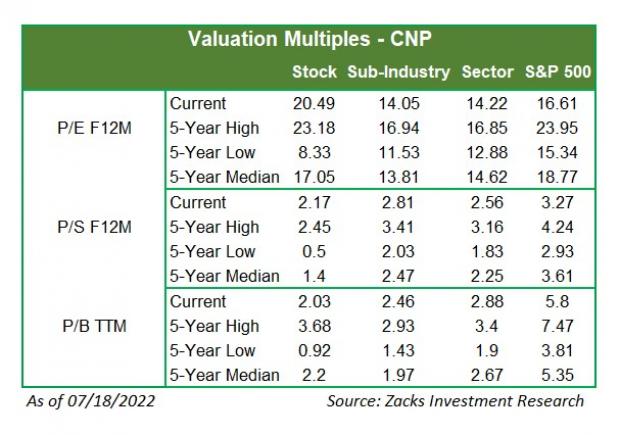 Entergy Corporation (ETR - Free Report) : Entergy Texas, a subsidiary of Entergy Corp., engages in the electric transmission and distribution business in the Texas.

The company’s shares have declined 1% owing to Harvey. It currently carries a Zacks Rank #3. 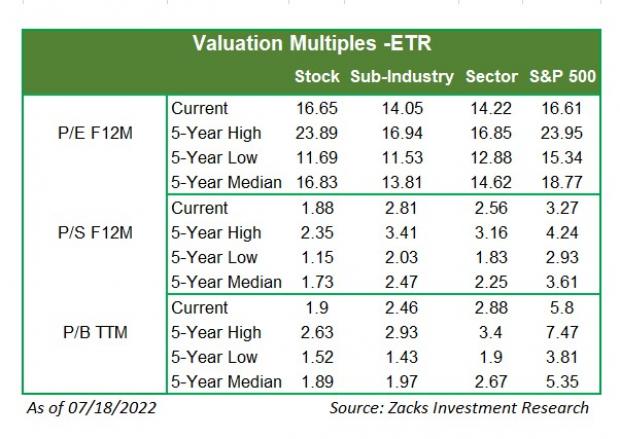 Harvey not only destroyed properties in Texas but also left an indelible mark on the lives of many. However, no one can deny the fact that the enormous investments which Utilities have been making in infrastructural developments to upgrade their transmission lines and grid system have paid well during this period of crisis. Thus it can be said that though Harvey had been one of the worst storms to affect America in the recent past, the damages that occurred to the grids and transmission lines were not equally extensive.

However, owing to safety issues distributors snapped electricity in flooded areas resulting in prolonged outages. Though the operating profits of the utility providers are likely to be impacted by the move, the extent of the same would have been much higher had the grid system been affected. Nevertheless, with Hurricane Irma knocking on the doors, utility providers may need to brace themselves from yet another tropical storm and its aftermath.

Since 1988, the Zacks system has more than doubled the S&P 500 with an average gain of +25% per year. With compounding, rebalancing, and exclusive of fees, it can turn thousands into millions of dollars.

But here's something even more remarkable: You can master this proven system without going to a single class or seminar. And then you can apply it to your portfolio in as little as 10 minutes a month.

4 High-Dividend Tobacco Picks to Add Value to Your Portfolio