Joseph L. Hooley, chairman and CEO of State Street Corporation (STT - Free Report) , received $16 million as total compensation for 2017, according to a proxy filing. While the amount marks a 26% rise from his pay in 2016, it is also the highest that Hooley has ever earned since becoming CEO in 2010.

Per the securities filing, the $16 million includes his salary, stock awards and other incentives. However, it does not include a change in the value of his pension and certain other deferred compensation earnings.

Of the total amount that Hooley received, $4.8 million was in the form of non-equity incentive, up from $2.6 million received in 2016. Also, $10.5 million was earned through the exercise and vesting of previously-issued stock options and awards.

However, as announced by the company, Hooley, who will continue as State Street chairman in 2019, is expected to retire as CEO by the end of this year. Ron O’Hanley, head of the company’s asset management unit will be taking over Hooley’s position as CEO.

In the filing, Hooley’s pay package was justified by the fact that, till now, the company has been performing well under his reign and thus, his compensation is well deserved. In fact, under his supervision, the company was able to achieve $150 million in annual pre-tax expense savings in 2017 through its cost-saving initiative, State Street Beacon.

Shares of State Street have gained 38.7% over the past year, outperforming 21.5% growth recorded by its industry. 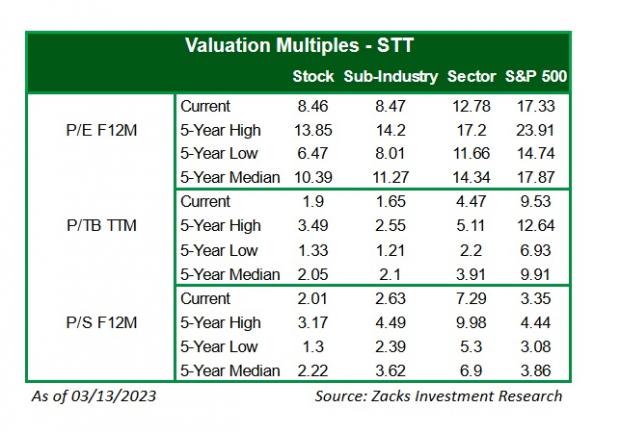