The Cato Corporation CATO has reversed its long standing trend of declining comparable-store sales (comps) with growth of 6% for March. The fashion apparel and accessories’ retailer also posted sales of $96.9 million for the five-week period (ended Apr 7, 2018), which grew 4% from $93.1 million recorded in five weeks ended Apr 1, 2017.

Upbeat comps in the month were driven by the shift of Easter from April to March in 2018, unlike the previous year. However, this uptrend does not seem to last longer as management expects comps for April to decline in high single digits.

Due to the Easter shift, management intends to combine sales for March and April in order to analyze the company’s performance better compared with last year. Incidentally, comps for the combined period are expected to be down in low single digits.

These factors adversely weighed upon the company’s performance in terms of dismal sales and comps trend. As a result, Cato’s merchandise margins remain pressurized, which might dent overall profitability. 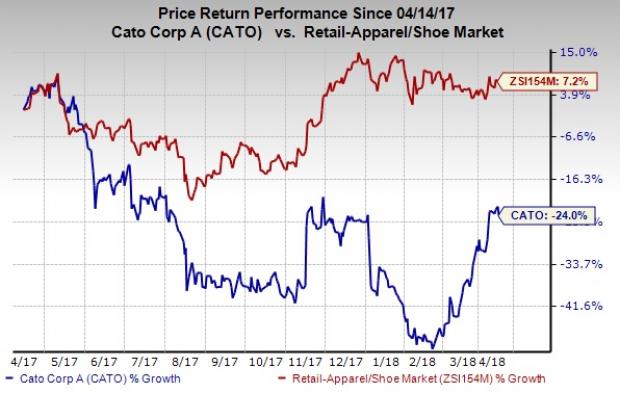 A glance at the stocks’ price performance reveals that L Brands has lost 23.8% in a year. Meanwhile, Zumiez and Costco gained 47.1% and 11.8%, respectively, amid retail hurdles.

United Continental's (UAL) Q1 Earnings: A Beat in the Cards?