In spite of operating in a competitive retail landscape, Costco Wholesale Corporation (COST - Free Report) has reported decent comparable sales (comps) number for the month of January. Although rate of comps growth decelerated sequentially, industry experts believe that there is nothing as such to worry about given its steady performance in the past. They further went on to add that sales generally increase during the month of December due to Christmas holidays.

Excluding the impact of foreign currency fluctuations, gasoline prices and accounting change concerning revenue recognition (ASC 606), comps for the month rose 7.4%, while the same increased 7.3%, 4.6% and 11.2% in the United States, Canada and Other International locations, respectively.

Management highlighted that with Lunar New Year occurring 11 days ahead this year as compared with last year positively impacted total sales and Other International sales by approximately 0.5% and 4.5%, respectively. As a result, sales for February are likely to be negatively impacted on account of this. 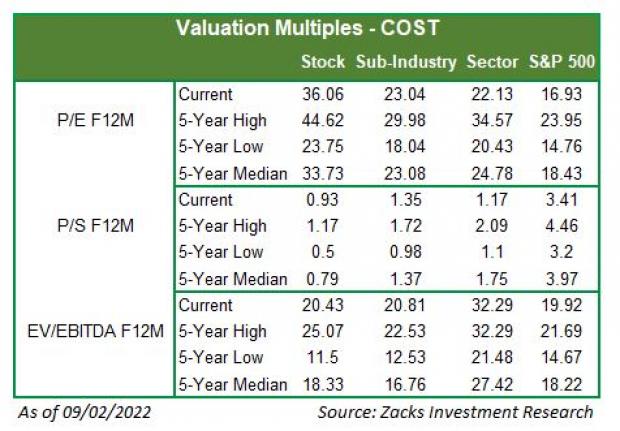 Costco, which shares space with Walmart (WMT - Free Report) , Target (TGT - Free Report) and Ross Stores (ROST - Free Report) , continues to be one of the dominant warehouse retailers based on the breadth and quality of merchandise offered. In fact, its strategy of selling products at heavily discounted prices has helped it to remain on growth track. In a year, shares of this Zacks Rank #3 (Hold) company have increased 14.8%, almost in line with the industry. You can see the complete list of today’s Zacks #1 Rank (Strong Buy) stocks here.