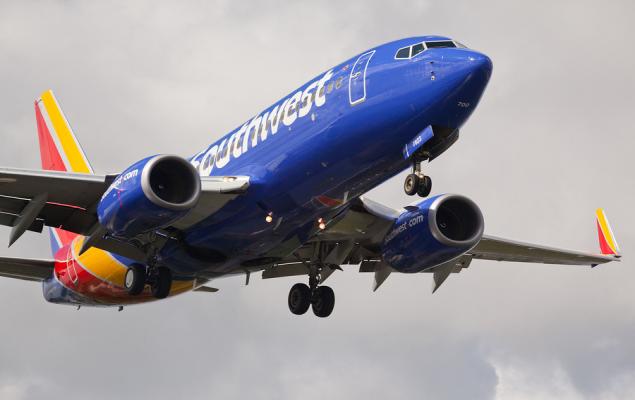 In the past week, American Airlines (AAL - Free Report) extended the grounding period of Boeing 737 Max jets untill Jun 5, 2019. Currently, the carrier has 24 such jets in its fleet. The company is awaiting further notifications on the issue from U.S. regulators.

1. American Airlines has joined Southwest in extending the grounding tenure of Boeing 737 Max jets in their fleet. Notably, this Fort Worth, TX-based carrier is aware that its latest decision to prevent the Boeing-made Max jets from flying for more than a month compared with the earlier projected date will increase its passengers’ harassment. To mitigate the harassments caused by the prolonged cancellations, the carrier stated that it will reach out to the affected customers with available re-bookings. (Read more: American Airlines Extends 737 MAX Grounding Tenure As Well).

2. Southwest Airlines signed an agreement in principle with AMFA (on Mar 16, 2019), following which the carrier inked a provisional deal with its mechanics’ union. Now that a tentative agreement has been inked, the mechanics and related employees will vote on the same. The union intends to communicate directly with the mechanics and related employees on the ratification procedure.

The pay-related deal will become effective for five years, if the outcome of the voting procedure is favorable. In that case, the agreement becomes amendable on Aug 16, 2024. (Read more: Southwest Airlines & AMFA Ink Tentative Deal: What's Ahead?).

4. Consolidated traffic at Azul improved 15.6% year over year to 2.17 billion on 20.1% growth domestically and a 2.7% rise internationally. Consolidated capacity (or available seat kilometers/ASKs) expanded 15.3% to 2.68 billion, driven by a 17.5% rise in domestic capacity and an 8.5% growth in international capacity.Also, load factor (percentage of seats filled by passengers) in the month improved as traffic growth outpaced capacity expansion.  (Read more: Azul's March Traffic & Load Factor Up on High Travel Demand).

5. At Hawaiian Airlines, load factor declined 10 basis points to 86.4% as traffic growth (0.2%) was outweighed by capacity expansion (0.3%). For the first quarter of 2019, operating revenue per available seat mile (RASM) is anticipated to decline between 3% and 5%. Previous guidance was a decrease in the 3-6% range. Additionally, the company has trimmed its non-fuel unit costs guidance on account of lower costs from its Neighbor Island freighter operation. Cost per available seat mile, excluding fuel (CASM, ex-fuel), is now expected to increase in the 0.5-2.5% band, lower than 1-4% increase projected earlier.

6. Per a monthly data released by the International Air Transport Association (IATA), demand for air travel increased 5.3% year over year across the globe in February 2019. Though this rate of growth was the slowest in more than a year, it still was in line with long-term demand trends. The report also revealed a 5.4% rise in capacity (measured in available seat kilometers). With traffic growth lagging capacity expansion, load factor declined marginally to 80.6% in February. 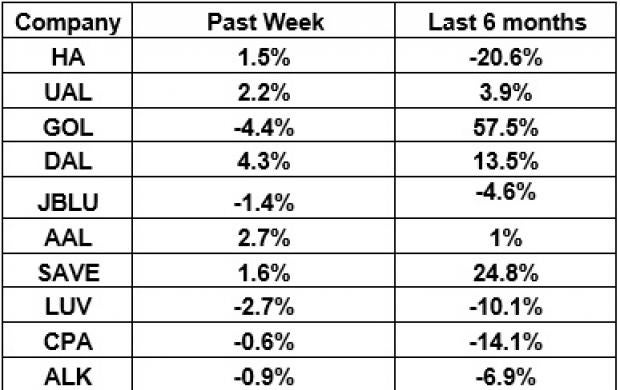 The table above shows that airline stocks exhibited a mixed trend with respect to price in the past week. The NYSE ARCA Airline Index gained 1.8% to $101.71 over the period.

Over the course of six months, the NYSE ARCA Airline Index appreciated 2.4% on impressive gains at GOL Linhas and Spirit Airlines (SAVE - Free Report) .

Investors will keenly await Delta Air Lines’ (DAL - Free Report) earnings report on Apr 10. With this, Delta will kick off the Q1 earnings season for the airline sector. Also, updates on Boeing 737 MAX jets are not ruled out in the coming days.