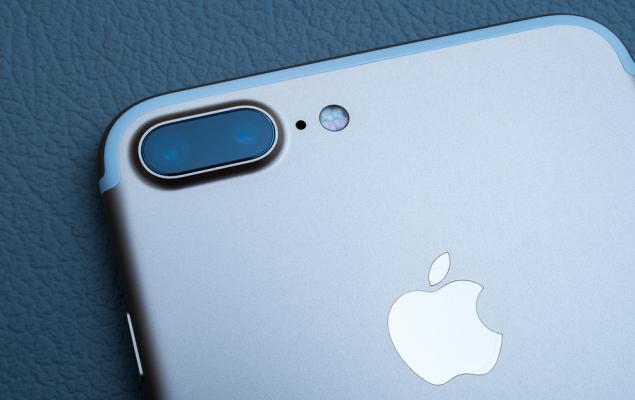 Boxlight, CAI, Apple, Intel and Qualcomm highlighted as Zacks Bull and Bear of the Day

On Mar 28, Boxlight reported its fourth quarter 2018 and full year results. It beat the Zacks Consensus Estimate by 9 cents reporting a loss of $0.06 versus the consensus of a loss of $0.15.

Revenue jumped 125% to $12 million in the quarter, ahead of the company's guidance of $11 million. That's a big turnaround from the $5.3 million in sales in the fourth quarter of 2017.

It saw greater adoption of the company's product solution suite.

Gross margins are also expected to remain in the 25-30% range as it expects higher margin hardware, software and professional services to contribute more heavily to revenue.

Shares sank in the stock market correction at the end of 2018 and have since rebounded 171%.

They're still trading under $5, however, and are volatile.

This is a micro-cap stock with a market cap of just $34 million.

But if you're looking for a big growth small cap stock, and can handle the volatility, Boxlight is one to keep on your short list.

CAI Internationalis in the tough business of global transportation at a time when everyone is worried about a global recession. This Zacks Rank #5 (Strong Sell) missed big on the estimate in the fourth quarter but recorded a record net income on the year.

CAI operates a global transportation finance and logistic company with 22 offices in 12 countries including the United States. As of the end of Dec 2018, it operated a worldwide fleet of about 1.6 million CEUs of containers and owned a fleet of 7,279 railcars that it leased within North America.

A Big Earnings Miss in the Fourth Quarter of 2018

On Feb 20, CAI reported its fourth quarter results and missed on the Zacks Consensus by 17 cents. Earnings were just $0.89 versus the consensus of $1.06.

However, container demand remained strong. The average utilization of the container fleet in the fourth quarter was 99.2% and, as of February 2019, was still 98.8%.

In the prior two years, it has leased over $1 billion in new containers with an average lease term of 8.6 years. It expects its overall utilization to remain strong as it benefits from the long lease commitments.

Secondary prices of containers also continues to be strong in most markets.

In the railcars, it sold 385 railcars for $40 million. It continued to see improving utilization and rental rate trends in the rail segment. Rail car utilization rose to 87% compared to 84% in the third quarter.

In logistics, it continues to focus on growth, especially domestic intermodal and truck brokerage. It is looking for double-digit revenue growth in the logistics business in 2019.

Why the Zacks Rank of Strong Sell?

The Zacks Rank is a short term recommendation based on revisions to analyst estimates.

After CAI missed on the estimate in February, one analyst revised both 2019 and 2020's estimate lower.

Similarly, one estimate was also cut for 2020 which pushed down the Zacks Consensus to $4.38 from $4.83 over the last 60 days. But that's still another 9% earnings growth.

Shares have been up and down in 2019 and are up just 8% year-to-date, which is under performing the S&P 500 over this period.

They're really cheap, trading with a forward P/E of just 6.3.

Investors don't know what to make of the container companies. Transportation- Equipment and Leasing remains in the bottom 14% of all Zacks Industries on fears of a global recession.

It has been rumored in the media by people with inside knowledge of the matter that Huawei is “open” to selling its Balong 5G modems to Apple.

This isn’t perhaps too surprising, given that Apple has come out underprepared to meet the 5G market by virtue of its dependence on Intel, which has been notoriously slow to meet its production targets of late.

Intel was expected to have its 8160 5G modem ready for Apple to work on this year with the final chip to ship next year. This would allow Apple to launch its 5G phone next year, when most networks would acquire 5G capability as well.

It wouldn’t have been a moment too soon, as almost everybody else will have a 5G capable smartphone shipping this year based on Qualcomm’s technology, or their internally developed chips.

But Intel is reportedly seeing even more delays and Apple’s internal developments aren’t ready yet.

Moreover, of all the companies that could have supplied Apple, Qualcomm would have been the obvious choice because of the long standing partnership between the two. But that relationship soured after Apple took Qualcomm to court. Now, Qualcomm would likely demand a settlement if it is to supply any chips.

The second in line would be Samsung, which is a "frenemy" of Apple's, in that it supplies chips to the iPhone maker on the one hand, and competes with it in the smartphone market on the other. Samsung likely doesn’t have the volumes that Apple would require anyway, so this source is also ruled out.

Mediatek is a company that could perhaps supply the volumes, but its chips are normally used in lower end phones.

That leaves Huawei, which has seen growing popularity both in Asia and Europe to the extent that it is now vying with Samsung to become the leading global supplier. Mr. Trump and his security officials see plenty of risk in Huawei selling telecom equipment in the U.S. because of information leaking out to China.

So supplying to Apple would allow the company to make some money in the region. But whether Apple (or Americans, for that matter) will allow this to happen is another story. Some users are already threatening to leave Apple if it engages with Huawei.

But Apple does have another option. It could stick with Intel for America and use Huawei technology in other markets, where people don’t consider it a security risk. This actually makes a lot of sense because 1) Apple is losing share in China and has next to no share in India, the two biggest smartphone markets 2) with penetration rates going up, smartphone demand has been declining and the higher speeds and lower latency that 5G brings makes it a big reason to upgrade 3) it’s advantageous for Apple to continue to build its installed base because of its new focus on the services business. 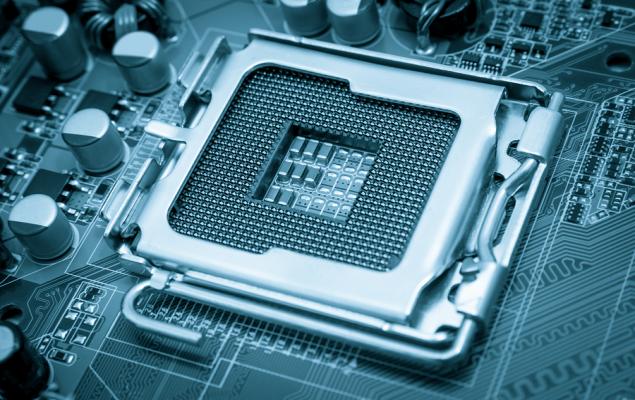