After determining last year that that large-scale commercial package delivery operations by drones would be required to meet the same standards of safety as other licensed U.S. airlines, the Federal Aviation Administration (FAA) has reportedly decided to issue the first license in May 2019.

Speaking at a conference in Singapore, FAA Executive Director Jay Merkle said that Unmanned Aircraft Systems (UASs) from Alphabet’s (GOOGL - Free Report) Wing Aviation LLC had already conducted successful trials of its delivery service in Virginia including the delivery of ice cream to a 5-year-old boy in his backyard.

Wing is using small fixed-wing drones in a specific rural area in the U.S. to probably rack up as many air miles as soon as possible to gradually expand that experience to similar areas.

Racking up the miles is also a good strategy from the marketing standpoint, since it increases consumer confidence in the system.

In Wing’s case, it can also help augment Google’s retail plans. A relatively captive user base is a safer way to get into the market because it allows you to set the pace of expansion.

The fact that rural areas could have greater difficulty accessing goods also makes them better targets.

The U.S. banning Chinese giant DJI, which has a leading market share of 70-80%, according to Kittyhawk Insights also makes for a conducive and protected market that Google may be in a good position to capitalize on.

That said, there are real reasons why there aren’t scores of drone making companies out there:

While it’s true that U.S. companies have lagged others in the area, especially the Chinese, things may be set to change over the next few years. That’s because the primary challenge for companies has been resistance and indecision on the part of regulators who have been divided on the best way of going about it.

They were also concerned about an air traffic management system dedicated to drones, or at least something to ensure that drones didn’t interfere with airplanes and create unnecessary traffic and congestion in the skies. Since drones fly at considerably lower altitudes, this fear was probably unfounded, but it took time to get used to the idea. In any case, companies like AirMap and Skyward have created air traffic management software for when the FAA is ready to take a look.

So regulators are now eager to make up lost ground. While Wing is the most likely first candidate, a flood of other companies could soon follow, including Trump-despised Amazon (AMZN - Free Report) .

This is just as well because there’s a lot of technology pieces that go into drone making, including cameras, computer vision, deep learning and artificial intelligence, apart from the hardware shell where all this is contained.

You also need to have as much processing power in there as possible coupling it with as easy a user interface as possible.

There’s also the question of payloads, i.e. the cargo that the drone can carry. Keep it light and it can go further. Pile it on and distance is considerably shortened. Fit that with the cost equation and set it up to compete with Chinese dumping. Not an easy task.

Data capturing, package delivery, passenger services and extending reach to areas that are too dangerous or dirty to access are the primary use cases that agriculture, construction, energy, mining, telecom and cloud-based service companies can benefit from. It’s easy to imagine that more sophisticated future drones will also be able to take care of minor operations such as repairs in areas with limited accessibility.

As far as data capturing is concerned, there are real challenges about how that data can be processed and structured to augment big data needs.

Cost is the primary challenge in package delivery.

The ability to carry passengers is likely still some way off because safety becomes a really big hurdle in this case.

Above all, there has been a big hue and cry from privacy experts, coupled with real fear about terrorists gaining easy access to civilians and the fear that drones will start falling from the sky to damage property and persons, as in the case of GoPro (GPRO - Free Report) .

A 2017 study by McKinsey & Company estimates that the U.S. drone market went from $40 million in 2012 to well over a billion dollars in 2017. By 2026, “commercial drones – both corporate and consumer applications – will have an annual impact of $31 billion to $46 billion on the country’s Gross Domestic Product,” says the report.

The most significant players in the space are Chinese companies DJI and Yuneec. While DJI has made it a habit of bringing the latest in drones at the lowest price point, Yuneec has focused on profitability. There are also a host of other Chinese companies, mainly toy makers that are selling personal drones of various sizes.

U.S. players have been in incubation for several years because of regulatory limitations, even with respect to testing leading companies like Alphabet and Amazon to do their initial testing overseas.

With the FAA getting more active, this is a market that could take off very soon. 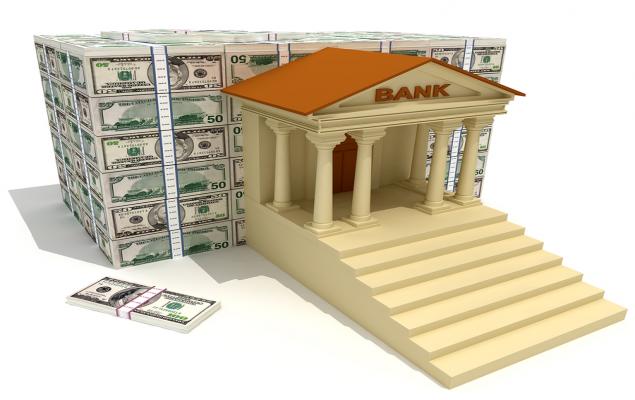