4 Dow Stocks to Buy on the Dip Despite Market Volatility

Wall Street started 2019 with a lot of vigor, quickly erasing the loss it suffered in 2018. However, of late, investors are highly concerned about an impending breakdown of U.S.-China trade negotiations that will hinder global economic growth. After an impressive bull run in the first four months of this year, it seems volatility is once again ready to rear its ugly face in Wall Street.

As the Wall Street mayhem continues, the Dow 30 Index –- popularly known as the stock market’s blue-chip index –- is showing volatility. However, a closer look into the index reveals a different picture. Some members with a favorable Zacks Rank provide strong growth potential. Consequently, it will be a good idea to add these stocks to your portfolio at the moment.

Dow Still in the Green Despite Fluctuations

Just like Wall Street, the Dow is feeling the weight of intensifying trade conflict between the United States and China this month. The index is showing regular fluctuations in the previous seven or eight trading sessions.

Despite the market turmoil in May, the Dow is still in the positive territory with a gain of 9.5% year to date. Moreover, 17 components of the 30-stock index have provided double-digit returns so far this year.

Strong fundamentals of the U.S. economy are the major drivers for the Dow. In the first quarter of 2019, the U.S. economy grew an astonishing 3.2% despite the 35-day long partial government shutdown and extreme cold weather.

On May 3, the Department of Labor reported that the U.S. economy added 263,000 jobs in April.  Year to date, job gains came in at an impressive 205,000 an average per month.  Unemployment fell to 3.6%, marking the lowest rate of unemployment since December 1969. The real unemployment rate, which includes those who have quit looking for better jobs as well as the underemployed, remained flat at 7.3% since February.

Consumer spending rose 0.9% in March, the highest in nine and half years. The core durable goods orders in March --- a closely watched proxy for business spending plans –- rose 1.3%, its highest in eight months. For April 2019, the Conference Board's measure of consumer confidence index stands at 129.2 compared with 124.2 in March.

Stock market momentum remained largely unhindered despite volatility. We narrowed down our search to four stocks within the Dow 30, each having a Zacks Rank #2 (Buy) and strong growth potential. You can see the complete list of today’s Zacks #1 Rank stocks here.

Microsoft Corp. (MSFT - Free Report) is one of the largest broad-based technology providers in the world. Although software is the most important revenue source, its offerings also include hardware and online services.

Microsoft has a dominant position in the desktop PC market, with its operating systems being used in the majority of PCs worldwide. The company has doubled down on the cloud computing opportunity. It also offers a hybrid cloud solution that enables the integration of existing IT infrastructure with the public cloud. Additionally, Microsoft is one of the three largest providers of gaming hardware.

The company has expected earnings growth of 18% for the current year and generated positive earnings surprises in all of the last four reported quarters, with an average beat of 9.8%. The Zacks Consensus Estimate for the current year has improved by 4.6% over the last 60 days. The stock has surged 22.8% year to date.

Cisco Systems Inc. (CSCO - Free Report) is an IP-based networking company, also offering other products and services to service providers, companies, commercial users and individuals. The company is the largest player in the networking space.

Cisco has a strong presence in the router and switch market. It has also retained a leadership position in WLAN and Ethernet switching. The data center market is very strong where Cisco remains as the market leader. Cisco’s focus on wireless carriers has increased of late, as evidenced by acquisitions such as Intucell, BroadHop, Cognitive Security, Cariden, ClearAccess and Ubiquisis.

The company has expected earnings growth of 17.7% for the current year and generated positive earnings surprises in all of the last four reported quarters, with an average beat of 2.1%. The Zacks Consensus Estimate for the current year has improved by 0.7% over the last 60 days. The stock has surged 20.1% year to date.

Merck has many pipeline candidates in advanced stages of development targeting multiple disease areas such as oncology, cardiovascular diseases, diabetes, infectious diseases, neurosciences, respiratory and immunology diseases, and vaccines. The company has prioritized its pipeline so that the candidates with the highest potential get the required support.

The company has expected earnings growth of 8.8% for the current year and generated positive earnings surprises in all of the last four reported quarters, with an average beat of 5.7%. The Zacks Consensus Estimate for the current year has improved by 1.5% over the last 60 days. The stock has gained 1.3% year to date.

Walmart has been gaining from its sturdy comparable store sales (comps) record, which in turn is driven by its constant expansion efforts and splendid e-commerce performance. The company is trying every means to evolve with the changing consumer environment to compete with brick-and-mortar rivals and e-Commerce behemoths.

The company has expected earnings growth of 5.1% for the next year and generated positive earnings surprises in all of the last four reported quarters, with an average beat of 5.1%. The Zacks Consensus Estimate for the current year has improved by 0.2% over the last 60 days. The stock has gained 7.7% year to date. 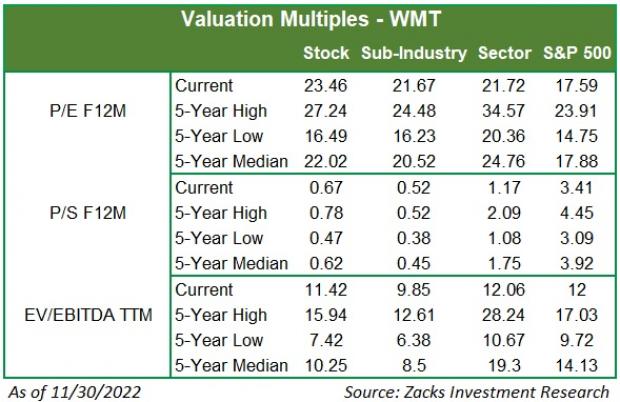 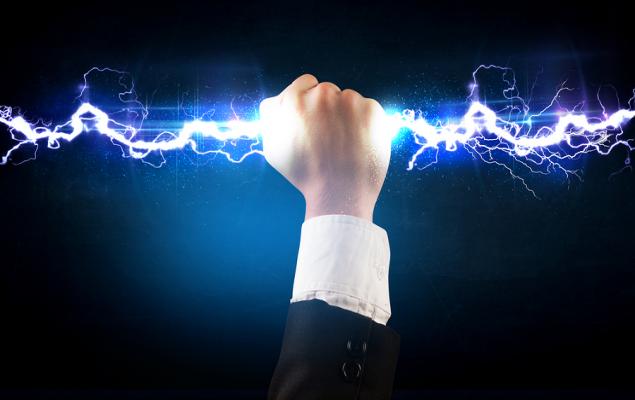