Public Service Enterprise Group Inc.’s (PEG - Free Report) subsidiary, PSEG Power, recently announced its decision to sell off its stake in two coal-powered plants of western Pennsylvania. Notably, this latest move is in line with the company’s strategy to offer cleaner energy by gradually shutting down its coal-fired power plants.

Public Service Enterprise’s stake in the Keystone and Conemaugh facilities represents 776 megawatts (MWs) of power generation, which is expected to get divested by the second half of 2019.

While increasing adoption of cleaner energy to reduce carbon emissions has been a primary catalyst behind Public Service Enterprise’s strategy to exit its coal business, rising cost of coal-generated electricity has also played a vital role. Moreover, the company witnessed a persistent fall in natural gas price over the past several years compared to coal.

According to cost estimates from investment bank Lazard, the lower-end of the average price range for coal-fired power is now almost $20 higher per megawatt hour than that for natural gas. This must have prompted PSEG to move away from coal to natural gas. Though this divestment will result in a pre-tax charge of $375-$415 million, PSEG has agreed to carry on with the deal as it expects the move to eventually benefit the company.

With the sale of its stake in the Keystone and Conemaugh facilities, the company will be left with its 383 MW coal unit in Bridgeport, CT, which is up for early retirement in 2021. Along with exiting its coal business, Public Service Enterprise is also focused on modernizing its gas distribution system as part of its Gas System Modernization Program (GSMP).

In May 2018, the company received approval for the GSMP II, an expanded five-year program, to invest $1.9 billion over five years (beginning 2019) for replacing approximately 875 miles of cast iron and unprotected steel mains besides other improvements to the gas system.

Backed by such strategic investment programs, PSEG is expected to offer a more reliable, resilient, cleaner and affordable energy to customers as well as contribute more earnings to the company’s results over the long term.

Despite Trump’s repeated attempts to revive the U.S. coal industry, utility majors are steadily exiting their coal business and focusing on acquiring more renewable generation capacity. In May 2019, Xcel Energy (XEL - Free Report) announced that it will submit a proposal to the Minnesota Public Utilities Commission in July for shutting down two coal plants in the Upper Midwest region.

In January 2018, NextEra Energy’s (NEE - Free Report) Florida Power & Light (FPL) unit had shut down its two-remaining coal-fired plants in the Sunshine state. By 2022, DTE Energy (DTE - Free Report) is set to shut down its River Rouge, Trenton and St. Clair coal-fired plants. Such shutdowns should accelerate the Utility sector’s initiative toward creating a cleaner energy environment for the United States.

In a year’s time, shares of Public Service Enterprise have gained 17.4%, underperforming the industry’s 15.6% growth. 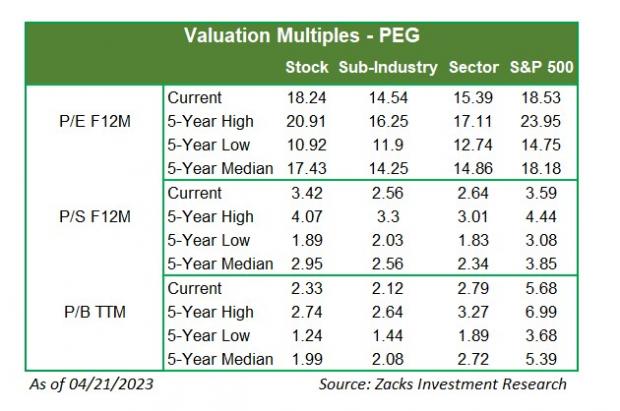