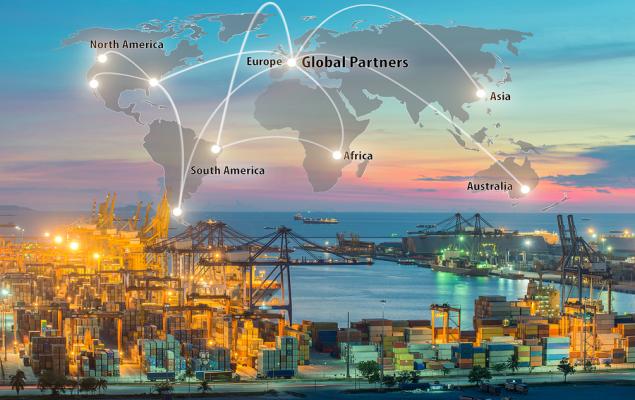 Asian markets are again bleeding on fears that the unresolved trade tensions between two of the world’s largest economies will lead to a global recession. Notably, the iShares Asia 50 ETF has lost 5.5% in August (as of Aug 9). Moreover, oil prices have been weak on a lower demand growth due to escalating trade tensions and sluggishness in global economic growth (read: Grab These Safe Haven ETFs Amid Intensifying Trade Spat).

Startling investors around the globe, President Trump announced in early August a 10% of tariff on the remaining $300 billion of Chinese imports, which cover almost all exports from China to the United States. The new tariff will be effective starting Sep 1. China has retaliated with tariffs on $110 billion of American goods to date, including agricultural products. But as a retaliatory move to the new round of tariffs, China devalued its currency to an 11-year low and stopped purchases of U.S. farm products. On Aug 5, China's central bank set the yuan’s daily reference rate below the politically sensitive level of 7 per dollar for the first time in over a decade (read: ETF Areas Under Focus on China's Yuan Devaluation).

Interestingly, in this year-and-a-half long trade tussle, Trump dealt a fresh blow in May 2019. He lifted tariff to 25% from 10% on Chinese goods worth $200 billion effective May 10 midnight, and threatened to levy another 25% tariff on an additional $325 billion of Chinese goods. In retaliation, China imposed as much as 25% tariff on U.S. imports worth $60 billion, effective Jun 1. Additionally, Trump banned Chinese firm Huawei Technologies and 26 of its affiliates from doing business with American companies.

A slowdown in global economic growth is being observed with Trump making rampant attacks to defend his America First agenda. Most countries like China, Mexico, India and Turkey have faced the brunt of Trump’s trade-related policies in the recent past. This has resulted in weaker currencies, soft economic growth and slashed forecasts for the countries at the receiving end.

Japan has seen a decline in exports for the seventh straight month in June. It is also is on the verge of a trade spat with South Korea. Japanese exporters are now required to apply for licenses for certain individual shipments to South Korea of items like chemicals, used mostly for producing refrigerants, pharmaceutical intermediates, metals production, and sometimes semi-conductor preparations.In turn,the South Korean government is planning to revoke Japan’s preferred trade partner status.

Meanwhile, the U.K. economy disappointed in the second quarter for the first time since late 2012, with GDP declining 0.2%. Adding to the disappointment, Germany’s industrial production witnessed the steepest annual slump in nine years.

Goldman Sachs recently stated that it does not expect a trade deal between China and the United States prior to the 2020 U.S. presidential election. Meanwhile, it believes that investors are getting increasingly jittery regarding the U.S.-China trade war, leading to a global economic slowdown. In fact, Goldman Sachs has cut the United States economic growth projections for fourth-quarter 2019 by 20 basis points to 1.8%.

Against this backdrop, we discuss some Asia-heavy ETFs which might face difficulties owing to the trade tumult.

The fund seeks to match the price and yield of the S&P Asia 50 Index, before fees and expenses. The Index measures the performance of some of the leading companies from Asian countries. The ETF holds 51 stocks in the basket. The fund’s AUM is $1.01 billion and expense ratio is 0.50%. It has returned 2% year to date (read: Markets & ETFs Digest Trade Spat: Is It a Dead-Cat-Bounce?)

The fund seeks to match the price and performance of the MSCI Japan Index, before fees and expenses. The ETF holds 323 stocks in the basket. The fund’s AUM is $12.61 billion and expense ratio is 0.47%. It has returned 5.7% year-to-date (read: Japanese Exports Under Pressure: Tough Time for ETFs?).

The fund provides exposure to companies operating in emerging market countries in Asia and tracks the MSCI EM Asia Custom Capped Index. The ETF holds 731 stocks in the basket. The fund’s AUM is $459.2 million and expense ratio is 0.50%. It has returned 0.6% year to date.

The fund provides exposure to a wide range of emerging market companies with 66% of its portfolio in Asia and tracks the MSCI Emerging Markets Investable Market Index. The ETF holds 2,325 stocks in the basket. The fund’s AUM is $53.5 billion and expense ratio is 0.14%. It has returned 1.8% year to date.