BlackRock Buys Stake in Authentic Brands: How Should Investors React?

On Sunday, August 11th, BlackRock (BLK - Free Report) announced that it would be purchasing a roughly 30% stake in privately held Authentic Brands for $875 million, a deal that values the company at over $4 billion. Shares closed down 2.62% in trading Monday.

BlackRock’s stake in Authentic Brands marks the first private-equity deal in the financial institution’s history. Authentic is a brand management company with holdings including Sports Illustrated, Aeropostale, Nine West, and the likenesses of Elvis Presley and Shaquille O’Neal.

This investment, completed by BlackRock’s Long Term Private Capital private equity arm, will hopefully allow the fund to benefit from changing consumer trends while lowering the risk of having to back retailers directly. BlackRock’s plan for its private equity fund is for long term investments, with no deadlines on returning investor money; this is part of a growing portion of the company investing in illiquid assets.

What Does This Mean for the Stock?

This investment, while significant, is just a tiny portion of the massive asset pool BlackRock has to work with. Profits from Authentic Brands will not likely impact the stock performance of BlackRock in any significant way.

However, the shifting of some capital to illiquid assets is an important move, of which investors should consider the implications. Illiquid investments are generally less volatile, but an investor cannot quickly pull out if things go sideways, like one can with stocks or bonds. Because of this, returns can be higher as it is harder for new investors to buy in.

In June, BlackRock held $67.9 billion in illiquid assets, up from $50.7 billion a year ago. These positions made up just 2% of the assets managed by BlackRock in 2018 but brought in an outsized 9% of total revenue. If BlackRock can continue to move capital to private equity and other illiquid investment divisions, it may be able to boost its top line significantly.

YTD, BLK has underperformed the stock market, up just 5.6% compared to the S&P 500’s 15% return. The stock was performing well up until the end of July, but it has dropped 13.3% since.

Earnings for this quarter are projected to fall by 5.85% over last year, but could bounce back by 20.23% next quarter. Full year growth is estimated to come in modestly at just 2.56%. Fiscal 2020 is likely to be stronger, with 11.08% projected earnings growth.

While BlackRock is an impressive company with enormous value of assets under management, its stock price looks to be relatively overvalued against the investment management market consisting of companies like Altaba , Blackstone Group (BX - Free Report) , and T. Rowe Price (TROW - Free Report) .

BlackRock has a forward P/E of 14.45X while the investment management market is almost four times lower at 10.91X. This is potentially dangerous as any sort of shock to the company or industry could kill investor confidence in future earnings, lowering what investors are willing to pay. High P/E ratios are not very common among financial services, as companies generally do not have as much potential for explosive growth like tech or consumer goods firms.

BlackRock currently holds a Zacks Rank #3 (Hold), and has many earnings estimate revisions both up and down as analysts try to keep up with such a massive and complex company. With BlackRock being so dominant in its industry by size, it will be hard to topple. It will also likely keep growing slowly in the coming years as more funds look to take returns on idle cash.

Investors should look for the possibility of earnings growth as BlackRock moves further into private equity, and for how this Authentic Brands investment will pay off as a marker of the Long Term fund’s success. 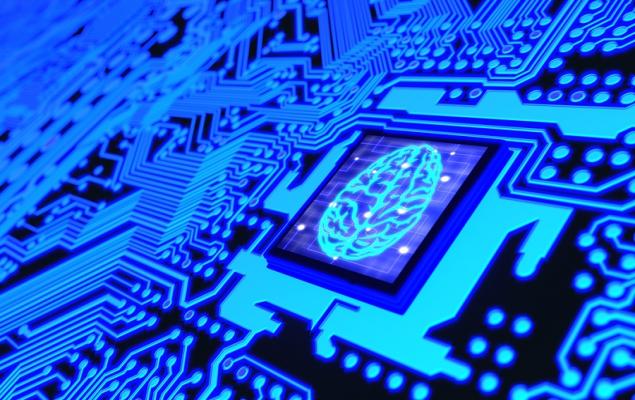