In the past week, Latin American carriers — Azul AZUL and Copa Holdings CPA — outperformed with respect to the top and bottom lines in second-quarter 2019. Both metrics also improved on a year-over-year basis. Results were aided by an uptick in passenger revenues as demand for air travel remained solid.

On the non-earnings front, July traffic reports from the likes of JetBlue Airways JBLU and Allegiant Travel Company ALGT grabbed headlines. Load factor (% of seats filled by passengers) declined at both the aforementioned carriers as capacity expansion outweighed traffic growth.

American Airlines AAL was another news-maker in the past week, courtesy of its decision to enter the African market next year. The carrier also received encouraging tidings on the labor front when a U.S. federal court issued a permanent injunction against its mechanics union. Notably, the carrier had accused the union of disrupting its operations during the peak summer season.

1. Azul’s second-quarter 2019 earnings per ADS of 78 cents breezed past the Zacks Consensus Estimate of 9 cents. Moreover, the bottom line compared favorably with the year-ago figure. Results were aided by higher revenues. Passenger revenues, accounting for bulk (95%) of the top line, rose 30.5% on a year-over-year basis. (Read more: Azul Stock Gains on Q2 Earnings and Revenue Beat)

In a separate development, Copa Holdings reported lackluster traffic figures for July, wherein load factor (% of seats filled by passengers) declined as traffic reduction was more than capacity contraction in the month.

3. At JetBlue, traffic (measured in Revenue Passenger Miles or RPMs) for July increased 5.3% year over year to 5 billion. Consolidated capacity (or available seat miles/ASMs) expanded 5.6% to 5.65 billion on a year-over-year basis. However, load factor contracted 30 basis points (bps) to 88.6%. This Long Island City, NY-based low-cost carrier registered a completion factor (system-wide) of 98.4% in July, with 70.2% flights on schedule. JetBlue still expects third-quarter RASM to increase between 0.5% and 3.5% on a year-over-year basis.

4. At Allegiant, system-wide RPMs increased 14% on a year-over-year basis to 1.5 billion in July. Meanwhile, ASMs expanded 14% to 1.73 billion. However, load factor contracted 10 basis points year over year to 86.7%. In the same month, Allegiant transported 15.1% more passengers compared with the year-ago period number. The estimated average fuel cost per gallon during July came in at $2.20 per gallon.

5. In a bid to fortify its international presence, American Airlines announced that it will add new transatlantic flights as part of its schedule for summer 2020. Per the plan, the carrier intends to start operating flights between Chicago and Krakow, Poland from May 7, 2020. Flights connecting Chicago to Budapest and Prague will take to the sky from May 7 and May 8, 2020, respectively. Additionally, the carrier will operate its first flight to Africa from Jun 4, 2020, when operations connecting Philadelphia and Casablanca, Morocco are anticipated to commence. In a bid to meet the increasing travel demand to Tel Aviv, Israel, American Airlines aims to operate flights (thrice a week) connecting the city to its largest hub — Dallas-Fort Worth — from Sep 9, 2020. 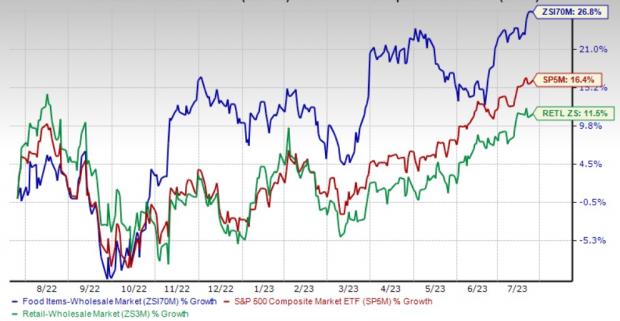 
What's Next in the Airline Space?