After months of negotiations, entertainment giants CBS Corp. , and Viacom , have finally agreed to an all-stock merger, which will lead to the creation of a combined company with more than $28 billion in revenues. The transaction is valued at $11.7 billion.

The move came amid changing consumer demands and an increasingly competitive landscape dominated by Netflix (NFLX - Free Report) and Disney (DIS - Free Report) . However, the combined company will still be small as CBS and Viacom have a market value of $18 billion and $11.7 billion, respectively. In comparison, Disney is worth nearly $245 billion and Netflix is worth $136 billion (read: Tap Disney's Roaring Box Office Success With These ETFs).

Under the terms of the deal, each Viacom Class A share will convert into 0.59625 Class A shares of CBS and each Viacom Class B share will convert into 0.59625 CBS Class B shares. Existing CBS shareholders will own approximately 61% of the combined company and existing Viacom shareholders will own the rest on a fully diluted basis.

The combined company will possess a portfolio of powerful consumer brands as the transaction will merge Viacom’s network MTV, Comedy Central, Nickelodeon, and Paramount, and CBS’ popular shows like Big Bang Theory, Survivor, and NCIS. The combined company will be known as ViacomCBS Inc. and will have one of the largest libraries of iconic intellectual property, spanning key genres and addressing consumers of all ages and demographics. This library will comprise 140,000+ TV episodes and 3,600+ film titles, and reunite fan-favorite franchises such as Star Trek and Mission: Impossible.

The combined company will be a broadcast and cable leader in key markets around the world, reaching more than 4.3 billion cumulative TV subscribers (see: all the Consumer Discretionary ETFs here).

The deal, which is expected to close by the end of 2019, is subject to regulatory approvals and other customary closing conditions. It will add to earnings and is expected to deliver $500 million in annualized synergies within 12-24 months following closing.

Following the merger announcement, shares of CBS rose 1.4% to close the day, crushing its average volume, as nearly 7 million shares moved hands compared with 2.3 million on average. Meanwhile, shares of VIA dropped 5.6%.

The news has put the spotlight on the media industry and its ETFs. Below we have highlighted a couple of them:

This is an actively managed ETF that employs data science techniques to identify companies with exposure to the media and entertainment sector. It holds 92 stocks in its basket with CBS and Viacom accounting for nearly 4% share each. The fund has accumulated $7 million in its asset base and charges 18 bps in annual fees. It trades in paltry average daily volume of around 3,000 shares (read: Should You Stay Shy Of These ETFs on Disney's Q3 Miss?).

This ETF targets a wide range of U.S. media and communication stocks to exploit the sector's opportunities by tracking the John Hancock Dimensional Media and Communications Index. It holds 65 stocks in its basket with CBS and VIA making up for more than 2% share each. JHCS has managed assets worth $21.2 million and charges 40 bps in annual fees. It trades in average daily volume of 10,000 shares.

PBS provides exposure to the companies that are principally engaged in the development, production, sale and distribution of goods or services used in the media industry. It seeks to offer capital appreciation by investing in companies that are selected on a variety of investment merit criteria, including price momentum, earnings momentum, quality, management action and value by tracking the Dynamic Media Intellidex Index. This approach results in the basket of 30 stocks with an expense ratio of 0.63%. The product has often been overlooked by investors as depicted by AUM of $61.3 million and average daily volume of 23,000 shares. It has a Zacks ETF Rank #3 (Hold) with a Medium risk outlook (read: Sign In to Social Media ETFs as Twitter Soars on Q2 Results). 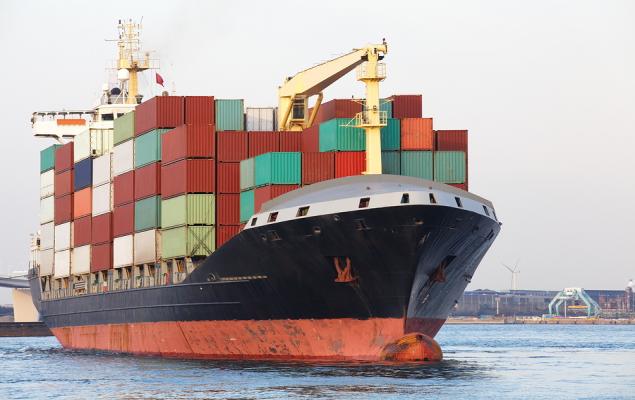 Make the Most of Positive Trade News With These Sector ETFs