On this front, LyondellBasell Industries has a trailing twelve months PE ratio of 7.93, as you can see in the chart below: 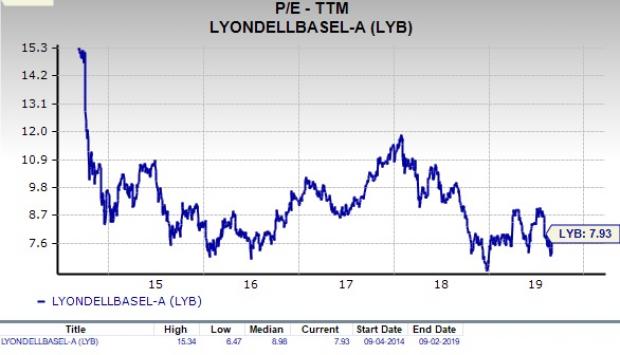 This level actually compares favorably with the market at large, as the PE for the S&P 500 stands at about 18.02. If we focus on the long-term PE trend, LyondellBasell Industries’ current PE level puts it below its midpoint of 8.98 over the past five years, with the number having risen rapidly over the past few months. However, the current level stands below the highs for the stock, suggesting that it can be a solid entry point. 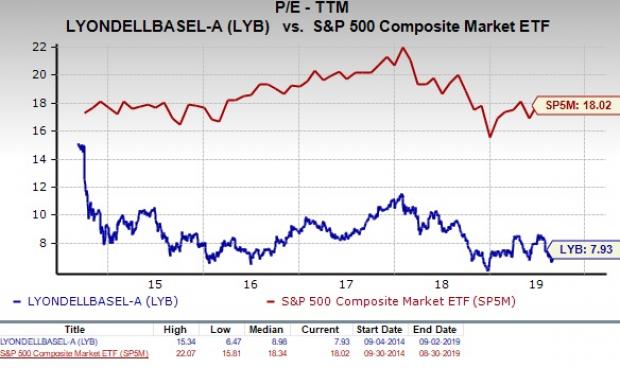 Moreover, the stock’s PE also compares favorably with the Zacks Basic Materials Market sector’s trailing twelve months PE ratio, which stands at 13.98. At the very least, this indicates that the stock is relatively undervalued right now, compared to its peers. 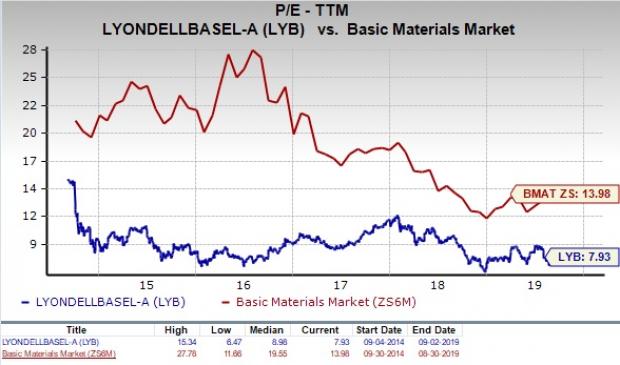 Right now, LyondellBasell Industries has a P/S ratio of about 0.78. This is much lower than the S&P 500 average, which comes in at 3.17 right now. Also, as we can see in the chart below, this is well below the highs for this stock in particular over the past few years. 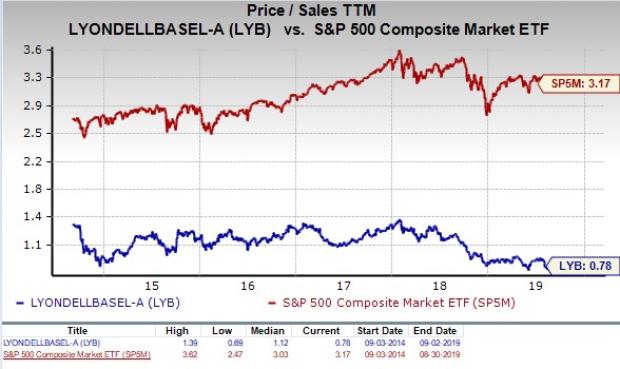 For example, the PEG ratio for LyondellBasell Industries is just 0.84, a level that is lower than the industry average of 1.04. The PEG ratio is a modified PE ratio that takes into account the stock’s earnings growth rate. Additionally, its P/CF ratio (another great indicator of value) comes in at 5.24, which is better than the industry average of 6.31. Clearly, LYB is a solid choice on the value front from multiple angles.

Though LyondellBasell Industries might be a good choice for value investors, there are plenty of other factors to consider before investing in this name. In particular, it is worth noting that the company has a Growth Score of B and Momentum Score of D. This gives LYB a Zacks VGM score — or its overarching fundamental grade — of A. (You can read more about the Zacks Style Scores here >>)

As a result, the current year consensus estimate declined 1.82% in the past two months, whereas the full year 2020 estimate increased 1.67%. You can see the consensus estimate trend and recent price action for the stock in the chart below:

Owing to the bearish estimate trends, the stock carries a Zacks Rank #3 (Hold), which is why we are looking for in-line performance from the company in the near term.

LyondellBasell Industries is an inspired choice for value investors, as it is hard to beat its incredible lineup of statistics on this front. However, with a sluggish industry rank (bottom 13% out of more than 250 industries) and a Zacks Rank #3, it is hard to get too excited about this company overall. In fact, over the past two years, the broader industry has underperformed the market at large, as you can see below: 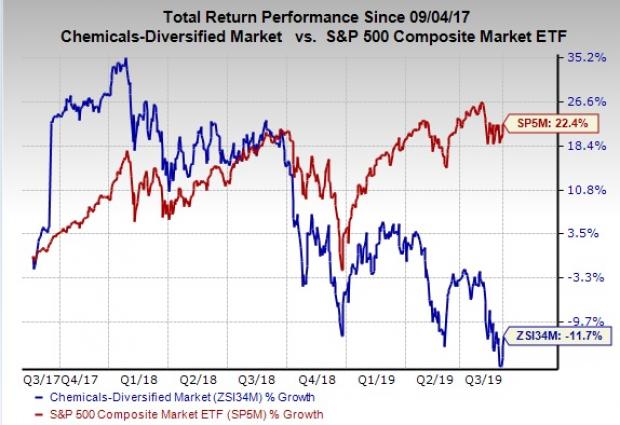 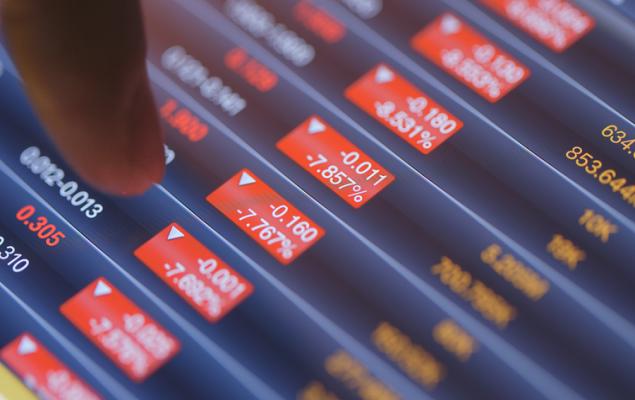