Slowdown in the U.S. private sector job scenario in August will no doubt keep the Fed on track to lower its benchmark rate by at least a quarter-percentage again later this month. The U.S. economy added just 130,000 jobs, almost 28,000 less than analysts’ expectations and 29,000 lower than July levels. By the way, August’s job addition was the lowest in three months giving ample hints that the intensifying U.S.-China trade dispute has taken a toll on economic expansion.

The trade war has seriously affected the manufacturing sector. Only 3,000 factory jobs were added in August, less than expectations of 8,000 job additions and down from July’s job increase of 4,000. Jobs at transportations and warehousing jobs declined the most at 0.5%.

Retail jobs also bore the brunt. Retail jobs declined for the seventh straight month, indicating more trouble ahead. Some may argue that Federal jobs increased by 34,000, propelled mostly by 25,000 new temporary jobs related to the U.S. 2020 Census. Then again it’s a temporary boost and isn’t expected to last long.

Goldman Sachs also acknowledged that a few analysts have started to price in “insurance cuts,” which means it is expecting the Fed to cut rates right before a downturn in order to save the economy. According to CME FedWatch tool, the Fed funds futures market now points to a 91.2% chance of at least a quarter-point rate cut at the Fed’s September meeting.

With an overwhelming majority of observers seeing an imminent rate cut, certain sectors stand to gain, while some will suffer. Have a look —

Barclays has compiled data that shows that healthcare stocks generally rise nearly 7% in the nine months following a rate cut. And what makes this set of stocks stand out is that they tend to rise consistently.

We all know that rate cuts mainly take place when the economy goes through a rough patch or is in recession. And healthcare stocks have time and again thrived in such scenarios. This is because they are mostly defensive in nature as their products are not directly related to the developments in the stock market.

One top healthcare stock one may consider now is Molina Healthcare, Inc. The stock has a Zacks Rank #2 (Buy) and has consistently provided solid dividend yield over the past five-year period.

With the Fed widely expected to cut rates in the near future, shares of rate-sensitive utilities and real estate will certainly climb. This is because utilities are capital-intensive businesses and the funds generated from internal sources are not always sufficient to meet their requirements.

Consequently, these companies have high levels of debt. Consequently, low interest rates will help them pay off debts and book profits.

However, higher interest rates and an increase in the debt level, for that matter a steep debt/equity ratio, impacts the credit ratings of these utility operators. If the credit ratings go down, a company will find it difficult to borrow funds from the markets at reasonable rates, leading to a rise in cost of operations.

Given the buoyancy among rate-sensitive stocks, investors can bet on NRG Energy, Inc. The stock currently flaunts a Zacks Rank 2.

Thanks to the dovish expectations, gold prices are expected to rise. This is because lower interest rates generally tend to make bonds and other fixed-income investments less attractive.

Money will flow out of bonds and money market funds as they can’t provide higher yields, and in turn may flow into gold. It’s worth pointing out though that the yellow metal offers no yield at all.

With gold prices set to rise, investing in Kinross Gold Corp. seems prudent. After all, these stocks boast a Zacks Rank #1 (Strong Buy). You can see the complete list of today’s Zacks #1 Rank stocks here.

The durables sector tends to underperform when the Fed lowers rates and that too consistently. Traditionally, the sector has gained a meager 3% or slightly more after the central bank lowers interest rates, Barclays observed. Durable goods, by the by, include autos, machinery and homes, which are very sensitive to the economic cycle.

Maneesh Deshpande, head of U.S. equity strategy at Barclays, noted that Fed will lower rates in the wake of soft economic conditions, if not a recession. During late-2018, utilities and nondurables, better known as recession outperformers, had rallied but tech shares, known as soft patch outperformers, had taken a hit. But now, techs have bounced back while utilities and nondurables are in a tight spot.

Financials: Not So Lucky

A dovish Fed certainly doesn’t bode well for financials. This is because lower interest rates will dent bank profits as they decrease the spread between what banks earn by funding longer-term assets, such as loans, with shorter-term liabilities.

Insurers, by the way, derive their investment income from investing premiums, which are received from policyholders in corporate and government bonds. Yields and coupons on these bonds rise in response to higher interest rates. This enables life insurers to invest their premiums at higher yields and earn more investment income, expanding their profit margins, which certainly is not possible in a low interest rate scenario.

Similarly, a drop in interest rates generally concurs during periods of economic weakness and low consumer confidence, which doesn’t bode well for brokerage firms and asset managers either.

Other than the broader financial sector, technology firms stand to lose from a rate cut. Interest rate cuts correlate with an economy that is getting weak day by day and that could easily affect the bottom lines of smartphone makers like Apple Inc.

Decline in rates may also compel would-be home buyers to search for new houses and not look for improving their existing ones. Consequently, home improvement major Home Depot stands to lose. 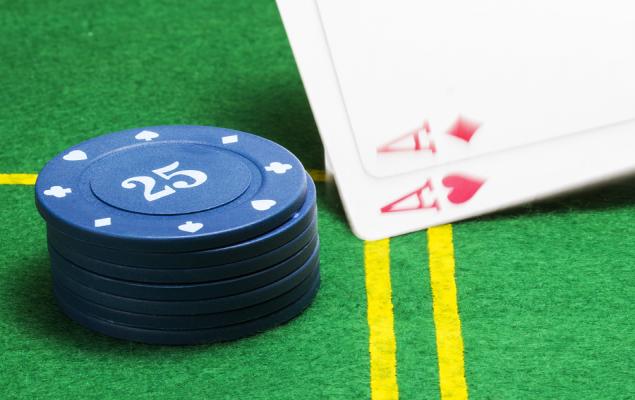