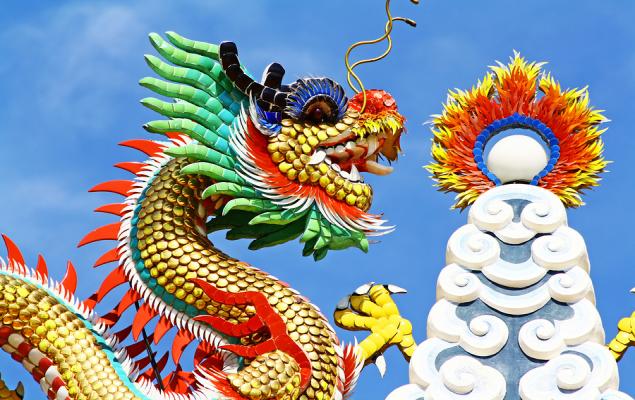 China’s data for August have disappointed investors once again. The world’s second-largest economy continues to grapple with weakening domestic demand and tough external conditions. From investment gauges, retail sales to industrial output growth, the weakness was widespread. In fact, industrial output growth in August had been the slowest in 17 and a half years (read: ETFs in Focus as Trade War Takes a Toll on Chinese Exports).

Following the release of data, weakness was observed in China’s blue-chip CSI300 index that fell 0.4% on Sep 16. Moreover, the Shanghai Composite Index declined 0.02% on the same day. MSCI's Asia ex-Japan stock index was also down 0.33%.

More on the Numbers

China witnessed a 4.4% year-over-year rise in industrial production in August in comparison with 4.8% growth in July. It also compares unfavorably with Reuters analysts’ forecast of around 5.2% growth. Retail sales growth of 7.5% was also disappointing as against 7.6% in July (read: China ETFs Surge: Will the Upside Continue?).

Factors Behind the Disappointment

Per London-based World Economics Ltd, Chinese business conditions, as reported by sales managers, have touched the lowest point in more than six years. Contracting profit margins, low business confidence and slowing growth in markets and sales are aggravating the situation. Per a Reuters article, producer prices have been observed to decline at the fastest pace in three years. Also, a factor survey revealed a decline in activities for the fourth consecutive month.

China has again witnessed a decline in car sales of 6.9% in August. This was the 14th consecutive monthly fall. Moreover, China’s anti-pollution campaigns to curb carbon emissions to meet climate targets are impeding industrial output growth.

Corn, one of the three major crops in China, accounted for 7.8% of China’s GDP in 2018. However, the corn industry in China is being adversely impacted by a declining pig population due to the outbreak of the African swine fever. China’s live pig population declined 38.7% year over year by the end of August. It is being estimated that swine flu will eliminate around 23 million tons of corn consumption ( around 10% of domestic production) by lowering pig feed demand in 2019 by 25% (read: ETFs & Stocks in Focus as China Plans to Import Pork).

The slew of weak data has strengthened expectations of further stimulus from the Chinese government. It is being speculated that China’s central bank will soon cut the medium-term loan facility rate (MLF) that can lead to lowering of the new loan prime benchmark rate (LPR) as well. However, rising debt risks may limit the extent to which stimulus can be infused in the Chinese economy.

Market experts don’t see a near-term recovery in China’s economy. The weak August data are making investors apprehensive about September data which will include the impact of higher trade tariffs that went into effect on Sep 1. Moreover, most of the analysts do not see a trade deal in the near term and so they believe China will have to see another round of tariff hikes, which were postponed to Oct 15. China might also face the brunt of rising oil prices because of the latest Saudi Arabia oil site attacks. Saudi Arabia accounts for about 70% of total Chinese demand and is the single largest source of its crude oil imports.

This fund seeks long-term growth by tracking the investment returns, before fees and expenses, of the FTSE China 50 Index. It comprises 50 holdings. The fund’s AUM is $4.45 billion and expense ratio is 0.74% (read: ETFs in Focus as US Imposes New Tariffs on Structural Steel).

This fund follows the NASDAQ Golden Dragon China Index, which offers exposure to the U.S. exchange-listed companies that are headquartered or incorporated in the People’s Republic of China. It holds a basket of 68 stocks. The product has AUM of $191.1 million and charges 70 bps in annual fees (read: Dump Slowdown Fear, Bet on These China ETFs).