The U.S. economy, which is currently at its historically longest 11th year of expansion, has successfully maintained its momentum. So far, it was largely believed that impressive consumer spending is driving the economy, while the business segment is declining. However, recently released industrial production data for August has changed the scenario.

Meanwhile, the majority of consumer-centric, business-centric and labor market data for August clearly indicated a stable U.S. economy, albeit at a slow pace, erasing recessionary concerns. Notably, so far in 2019, August was the most disastrous month when Wall Street routed on heightened trade conflict and inversion of the main yield curve of government bonds.

On Sep 17, the Federal Reserve reported that industrial production in August rebounded with a rise of 0.6%, reversing a 0.1% dip in July and beating the consensus estimate of growth of 0.2%. Importantly, manufacturing production, which accounted for 12% of the U.S. economy, grew 0.6% in August after a decline of 0.4% in July. Within manufacturing, machinery output jumped 1.6% after tumbling 1.7% in the previous month. Mining activities rose 1.4% in August reversing 1.5% decline in July.

Furthermore, the National Association of Home Builders/Wells Fargo Housing Market Index ---- tracking homebuilders sentiment ---- edged up 1 point to 68, the highest reading in a year. Improvement in homebuilders' sentiment is mainly due to a stiff fall in mortgage rate in August.

On Sep 13, the Department of Commerce reported that U.S. retail sales for the month of August increased 0.4%. Although this figure is half the 0.8% rise in July’s retail sales, it surpassed the consensus estimate of 0.2% growth.

Retail sales growth rates in July and August indicate strong consumer spending in the third quarter of 2019 after it rebounded in the second. Notably, consumer spending accounts for more than 70% of the U.S. economy.

On Sep 5, ISM reported that its service (non-manufacturing) index came in at 56.4% for the month of August, beating the consensus estimate of 54.2% and the previous month’s reading of 53.7%. Moreover, the University of Michigan’s preliminary consumer sentiment index for the month of September grew to 92 from 89.8 in August.

The U.S. economy added 130,000 jobs in August compared with the consensus estimate of 163,000. Despite weak job growth, the unemployment rate remained unchanged at 3.7%, at its lowest in 50 years.

While both the consumer-centric market and the labor market remained robust for the past several months, the rebound in manufacturing and other industrial segments is the most important feature of the U.S. economy in August and September.

At this stage, we have narrowed down our search to five industrial stocks that popped in the past one month despite severe volatility and still have strong upside. Moreover, all these stocks offer dividend, which will act as a regular income stream during market downturn. Each of our picks carries either a Zacks Rank #1 (Strong Buy) or 2 (Buy). You can see the complete list of today’s Zacks #1 Rank stocks here.

The company has expected earnings growth of 54.9% for the current year. The Zacks Consensus Estimate for the current year has improved by 46.3% over the last 60 days. This Zacks Rank #1 stock offers a dividend yield of 2.2% and has gained 1.6% in the past month.

Materion Corp. MTRN is engaged in the production and supply of high-performance engineered materials in the United States and internationally. It operates in four segments: Performance Alloys and Composites, Advanced Materials, Precision Coatings, and Other.

The company has expected earnings growth of 38.4% for the current year. The Zacks Consensus Estimate for the current year has improved by 6.1% over the last 60 days. This Zacks Rank #1 stock has a dividend yield of 0.7%. It has jumped 9.7% in the past month.

The company has expected earnings growth of 50% for the current year. The Zacks Consensus Estimate for the current year has improved by 8.5 % over the last 60 days. This Zacks Rank #1 stock has a dividend yield of 0.3% and soared 8.9% in the past month.

The company has expected earnings growth of 30.6% for the current year. The Zacks Consensus Estimate for the current year has improved by 3.9% over the last 60 days. This Zacks Rank #2 stock has a dividend yield of 0.8% and jumped 10.3% in the past month.

The company has expected earnings growth of 13% for the current year. The Zacks Consensus Estimate for the current year has improved by 6.4% over the last 60 days. This Zacks Rank #2 stock has a dividend yield of 0.4%. It has soared 6.6% in the past month. 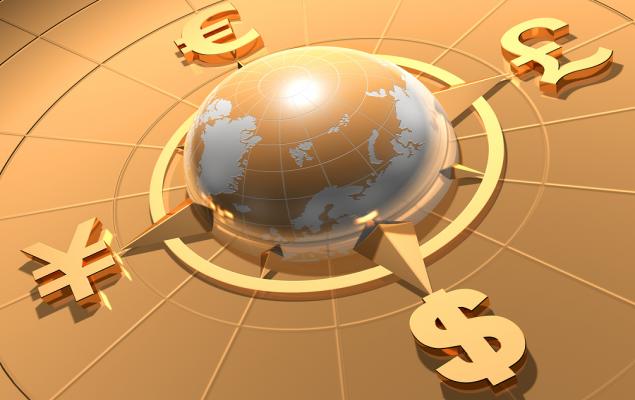