Micron Q4 2019 Preview: Is MU Stock Due for a Post-Earnings Selloff?

Micron (MU - Free Report) is set to release its fourth quarter fiscal 2019 earnings results after the closing bell on Thursday, September 26. The semiconductor firm is one of the largest makers of DRAM and NAND memory chips and Micron stock has skyrocketed 48% in the last three months to destroy its industry’s 11% average climb.

Despite the positivity, which includes a larger 2019 climb, Micron’s actual quarterly results tumbled the last two periods. And Micron’s Q4 estimates don’t show signs of a return to growth.

Micron faces ebbs and flows that are relatively inherent to the semiconductor industry. The chip market is a cyclical business because it is reliant on broader business and investment cycles. More specifically, NAND and DRAM pricing has hurt the Boise, Idaho-headquartered firm. Micron’s own outsized success and growth over the last several years—which saw it soar from roughly $11 a share in January 2016 to $58 in May 2018—has also put the firm in a difficult spot.

Along with the tough comparison periods, the specter of the ongoing U.S.-China trade war sparked industry-wide fears. Nonetheless, spending from PC and smartphone makers to cloud computing firms and everyone in between, is undoubtedly set to return. This includes countless unknown companies to global powers like Apple (AAPL - Free Report) , Microsoft (MSFT - Free Report) , Google (GOOGL - Free Report) , and Amazon (AMZN - Free Report) .

Micron executives last quarter pointed to some signs of improvement. Yet their overall tone remained cautious. “While we are seeing early signs of demand improvement, we plan to reduce our capital expenditures in fiscal 2020 to help improve industry supply-demand balance,” CEO Sanjay Mehrotra said in prepared remarks last quarter. 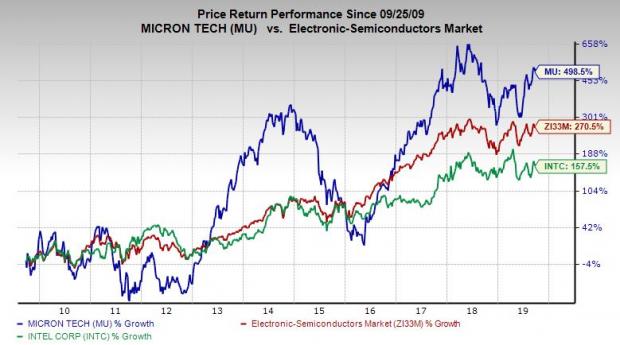 The last two years, however, have been volatile as we can see in the chart. Investors will also notice that Micron over the last decade has crushed the semiconductor market, while also having experienced far more turbulence.

Moving on, Micron’s Q4 sales are projected to tumble 46.4% from $8.44 billion in Q4 2018 to touch $4.52 billion, based on our current Zacks Consensus Estimates. Investors should note that this would represent a larger drop than Q3’s roughly 39% downturn and the second quarter’s 20.6% decline.

Clearly, Wall Street and investors won’t love to see these projections, but there are reasons that Micron stock has surged this year despite the company’s downturn: one of which is that they have seen this before. Micron’s revenue fell 1% in 2015 and 23.4% in 2016. To be exact, Micron’s quarterly revenue fell on a year-over-year basis for six straight periods from Q3 2015 through the fourth quarter of fiscal 2016.

Micron stock closed regular trading Tuesday down 2.20% to $48.51 per share, just a few dollars off its 52-week highs of $51.39. All eyes will be on MU Thursday afternoon, as we are still a few weeks away from the unofficial start of the September-quarter earnings season (also read: The Q3 2019 Earnings Season Gets Underway).

As always, it is unclear how Wall Street will react to the report. And investors need to pay close attention to guidance. With that said, MU stock has historically traded somewhat heavily around earnings. This means a post-earnings selloff could possibly be in the cards as Micron’s valuation is extremely bloated at the moment.

MU stock is trading at its highest forward sales multiple in a decade and its forward 12-month P/E has shot up to 19.6X. This comes in well above its industry’s 14.8X, which it has traded at a discount against over the last three years, as well as its own three-year median of 6.0X.

Micron does, however, sport a Zacks Rank #2 (Buy) right now, based mostly on its recent run of positive earnings estimate revisions. Plus, MU stock is part of our Semiconductor Memory industry that is currently ranked No. 2 out of our 255 Zacks Industries. Therefore, investors should likely try to wait to make any Micron moves until after MU reports and we see how the market reacts. 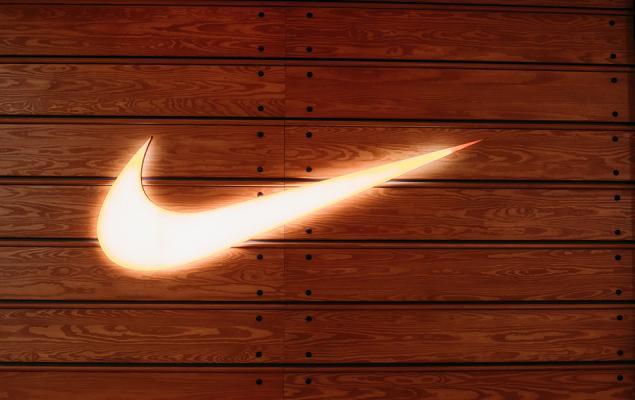