Westlake Chemical Corporation WLK saw lower profits in the third quarter of 2019, hurt by reduced sales prices for its major products. The chemical maker posted a profit of $158 million or $1.22 per share for the quarter, down around 49% from $308 million or $2.35 it earned in the year-ago quarter. However, earnings topped the Zacks Consensus Estimate of $1.02.

Lower global sales prices for key products due to trade uncertainties and a slower global economic growth were, in part, masked by reduced ethane feedstock and fuel costs.

Sales in the Olefins segment fell 17% year over year to $448 million in the quarter. Operating income in the segment tumbled roughly 43% to $92 million. The decline was mainly due to reduced sales prices for major products resulting from higher olefins production.

Westlake Chemical noted that it is facing challenges from a difficult pricing environment due to slower global growth as a result of trade tensions. Amid this backdrop, the company remains focused on controlling costs and investing in a number of initiatives globally which it expects to boost long-term value for shareholders.

Shares of Westlake Chemical have lost 6.2% in a year’s time compared with the industry’s 15.9% decline. 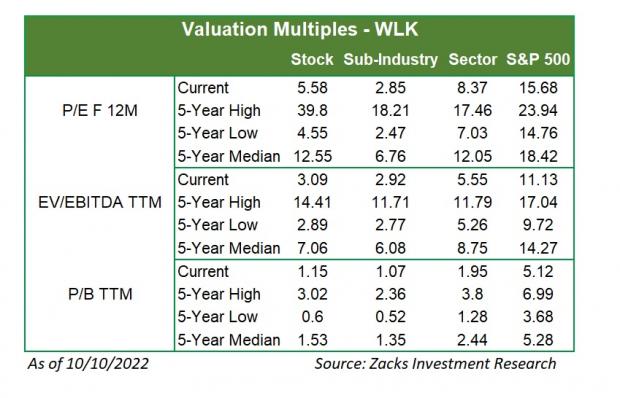 Kinross has projected earnings growth rate of 210% for the current year. The company’s shares have surged around 77% in a year’s time.

Franco-Nevada has estimated earnings growth rate of 39.3% for the current year. The company’s shares have gained roughly 46% in a year’s time.

Square & Roku Are Good Picks Ahead of Earnings Today