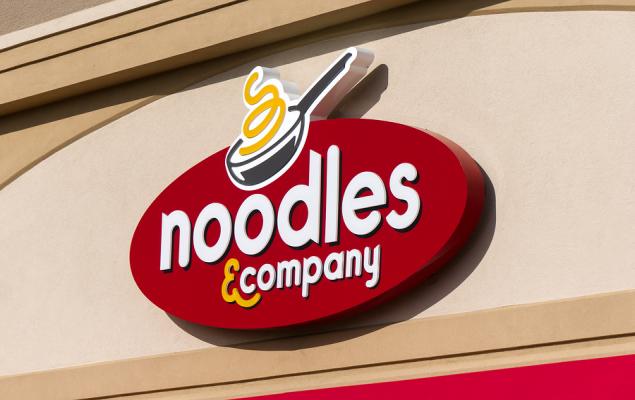 Its adjusted earnings of 9 cents per share surpassed the Zacks Consensus Estimate of 7 cents by 28.6%. The bottom line also increased 125% from the year-ago figure.

Revenues totaled $118.3 million, which lagged the Zacks Consensus Estimate of $120 million. However, the top line increased 1.4% on a year-over-year basis. The upside was primarily driven by an increase in comparable restaurant sales and restaurant openings.

Comps in the quarter were favored by the successful implementation of various culinary, operational and digital initiatives, which also drove average unit volume (AUV) and margin expansion.

Total costs and expenses in the third quarter slipped 1.2% due to sharp decline in restaurant impairments, closure costs and asset disposals. However, labor costs and general and administrative expenses increased in the quarter.

Restaurant contribution margin increased 70 basis points to 17.1% in the third quarter from 16.4% in the year-ago quarter. This uptick is attributable to leverage on higher AUV and lower utilities costs, partially offset by rise in third-party delivery fees.

During the first three quarters of the year, total revenues inched up 1.1% year over year to $348.5 million. This was backed by a rise in comparable restaurant sales, which offset the impact of company-owned restaurant closures since 2018.

System-wide comps in the first three quarters increased 3.3%, including 3.4% and 2.7% growth of company-owned and franchise restaurants, respectively.

Dunkin' Brands Group, Inc. (DNKN - Free Report) reported mixed results in third-quarter 2019, wherein earnings surpassed the Zacks Consensus Estimate but revenues lagged the same. Its adjusted earnings of 90 cents per share surpassed the consensus estimate of 81 cents by 11.1%. Revenues were up 1.7% year over year to $355.9 million but missed the consensus mark of $359 million.