American Public Education, Inc. (APEI - Free Report) reported better-than-expected results in third-quarter 2019. Both the top and bottom lines outpaced the Zacks Consensus Estimate. However, both the metrics declined year over year due to lower contribution from its segments.

During the quarter under review, the company reported adjusted earnings of 11 cents per share, surpassing the consensus estimate of 1 cent. However, the reported figure decreased 66.7% on a year-over-year basis.

Total revenues during the quarter totaled $67.89 million, which topped the consensus mark of $66.5 million by 2.1% but declined 7% from the year-ago period. Lower contribution from the Hondros College of Nursing (“HCN”) and APEI segments negatively impacted the results.

Segment-wise, APEI’s revenues of $61.2 million fell 4.1% from the year-ago period. The downside was due to temporary exhaustion of Navy TA program funds during the quarter. Within the APEI segment, American Public University System’s (“APUS”) student enrollment as of Sep 30, 2019 declined 2% from the comparable year-ago period to 80,700. During the quarter, total net course registration fell 5% from the year-ago quarter to 76,700. Net course registrations by new students also declined 5% from the prior-year quarter to 10,800.

At HCN, revenues decreased 26.8% year over year to $6.7 million owing to reduced enrollments. Total and new student enrollment in HCN also dropped 29% from the prior-year quarter to 1,410 and 345 students, respectively.

Since Jan 1, 2019, the APEI segment started charging HCN for the value of courses taken by employees at APUS. During the quarter, inter-segment elimination totaled $25 million.

Cash flow from operations was $31.9 million in the quarter, up 25% from $25.6 million reported in the prior-year period.

During the reported quarter, the company repurchased 638,620 shares of common stock. It has $7.7 million shares remaining under the repurchase authorization.

The company expects total revenues to decline within 3-7% from a year ago. It anticipates earnings between 35 cents and 40 cents per share, indicating a significant decline from the year-ago reported figure of 55 cents.

Net course registrations at APUS are expected between a 2% decrease and 2% increase year over year. Registrations by new students are anticipated between a 1% decline and 3% growth from the year-ago quarter.

At HCN, total and new student enrollment is likely to decline 20-24% from the year-ago quarter.

Strategic Education, Inc. or SEI STRA reported solid results in third-quarter 2019. The company’s earnings and revenues not only topped analysts’ expectation but also grew from the year-ago level. The positive performance was mainly backed by strong top-line numbers across its segments, given higher enrollment.

Adtalem Global Education Inc. ATGE reported first-quarter fiscal 2020 results, with the top and bottom lines lagging the Zacks Consensus Estimate. On a year-over-year basis, earnings declined 22.7% due to higher investments in marketing and student recruitment to boost enrollments and revenues, which in turn negatively impacted operating income as well as profits. 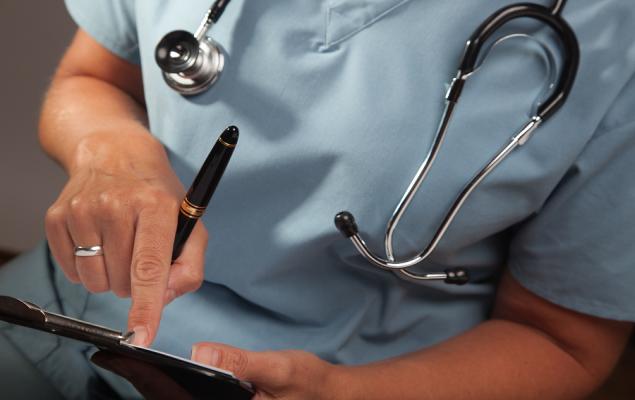