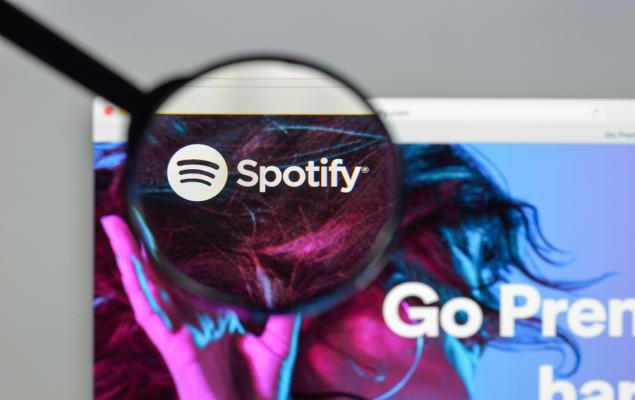 Investors who wish to make the most of the upcoming Christmas holiday season should consider investing in companies that offer entertainment services.

After all, as the festive season picks up pace, more Americans will opt to take a break and engage in leisure activities. In addition, a low-interest rate environment and rise in personal income make it ideal for consumers to splurge this month.

The music industry has been booming in recent years. After all, the streaming service offerings of Apple Inc. (AAPL - Free Report) and Spotify Technology S.A. SPOT have given a new direction to music companies by limiting setbacks such as the piracy of music and declining sales of physical products.

Streaming apps also use algorithms to sort the most popular songs and artists based on the streaming data, which has been helpful for music companies.

Per a report from CompareCards by Lending Tree, about 32% of millennials who attended a music festival in 2018 took a debt for the purpose. Needless to say, this spending would only increase as more concerts and music festivals take place around the festive season.

Apart from spending on concerts, Americans could also be keen on going on a vacation this time of the year. The Federal Reserve’s decision to cut benchmark rates thrice earlier this year has definitely made it easier for consumers to spend on a vacation. After all, the rise in income and wages coupled with a low-rate environment has certainly left more disposable cash with consumers.

TV Not Dead Yet

The rise in participation in outdoor activities doesn’t mean that consumers aren’t using their television sets. After all, the holiday season frees up ample time for all to binge on their favorite shows. In fact, an array of upcoming shows could be instrumental in boosting media stocks.

What’s more, the rapid growth in streaming services, music shows and options for affordable vacation hasn’t been able to beat the cheapest form of entertainment, which happens to be television networks.

For instance, Discovery, Inc. DISCA has the highest market share among women aged 25-54 across all television, thanks to its multiple networks such as Discovery Channel, TLC and Animal Planet. In fact, television network’s popularity, global reach and significant digital presence make it a key provider of entertainment.

We, have, therefore, picked four stocks from the entertainment sector that could be set for gains ahead of this festive season. Shares of these companies have not only surpassed their respective industry's growth since the beginning of this year but also flaunt a solid Zacks Rank.

Cable One, Inc. CABO is the owner and operator of cable systems that provide data, voice and video services. The Zacks Consensus Estimate for Cable One’s current-year earnings has risen 4.6% over the past 60 days. Shares of the company have outperformed the Zacks Cable Television industry on a year-to-date basis (+86.2% vs +35.3%). Cable One carries a Zacks Rank #1 (Strong Buy). You can see the complete list of today’s Zacks #1 Rank stocks here.

Gray Television, Inc. GTN is a television broadcast company. The company is the owner and operator of television stations and digital assets. The Zacks Consensus Estimate for Gray Television’s current-year earnings has risen 19.7% over the past 60 days. Shares of the company have outperformed the Zacks Broadcast Radio and Television industry on a year-to-date basis (+36.6% vs +19.9%). Gray Television sports a Zacks Rank #1.

Spotify Technology S.A. is a provider of music streaming services. The Zacks Consensus Estimate for its current-year earnings has risen 56.9% over the past 60 days. Shares of the company have outperformed the Zacks Technology Services industry on a year-to-date basis (+25.6% vs +12.7%). Spotify carries a Zacks Rank #2 (Buy).

Studio City International Holdings Limited MSC operates a gaming, retail and entertainment resort. The Zacks Consensus Estimate for the company’s current-year earnings has moved up more than 100% over the past 60 days. Shares of the company have outperformed the Zacks Leisure and Recreation Services industry on a year-to-date basis (+16.7% vs +7.0%). Studio City International carries a Zacks Rank #2.