HealthEquity, Inc. HQY reported adjusted earnings per share (EPS) of 47 cents in third-quarter fiscal 2020, which surpassed the Zacks Consensus Estimate of 22 cents. The bottom line also improved a significant 51.6% on a year-over-year basis.

Revenues of the Zacks Rank #3 (Hold) company amounted to $157.1 million, which skyrocketed 122.9% year over year and also outpaced the Zacks Consensus Estimate of $152.1 million.

As of Oct 31, 2019, the total number of Health Savings Accounts (HSA), for which HealthEquity served as a non-bank custodian (HSA members), was 5 million, up 37% year over year.

Service Revenues: At this segment, revenues totaled $87.6 million, up significantly from the year-ago quarter’s $25 million on organic growth of 16% in average HSA.

Interchange Revenues: At this segment, revenues improved 62.1% year over year to $22.5 million. Per management, the upside was driven by increase in average total accounts, including contributions from WageWorks.

HealthEquity registered gross profit of $96 million, up significantly from the year-ago quarter’s $45.8 million. Gross margin was 61.1% of net revenues, down 390 bps year over year.

The company now expects revenues between $520 million and $526 million, much higher than the earlier projected range of $341-$347 million The Zacks Consensus Estimate of $516.8 million is below HealthEquity’s guided range.

Adjusted net income is projected between $101 million and $105 million, much above the earlier stated range of $76-$80 million.

However, a significant drop in operating and gross margin raises concern. In fact, operating income also plunged in the quarter. The company also faces stiff competition in the Medical Services market. HealthEquity is required to comply with the strict treasury regulations formulated by the Internal Revenue Service (IRS). 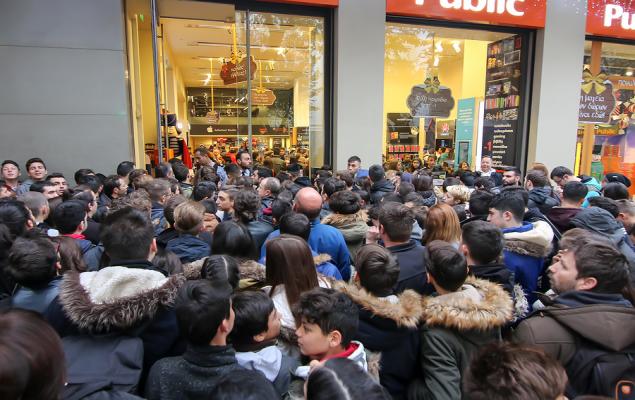 4 Must-Buy Retail Stocks Ahead of Their Earnings This Month