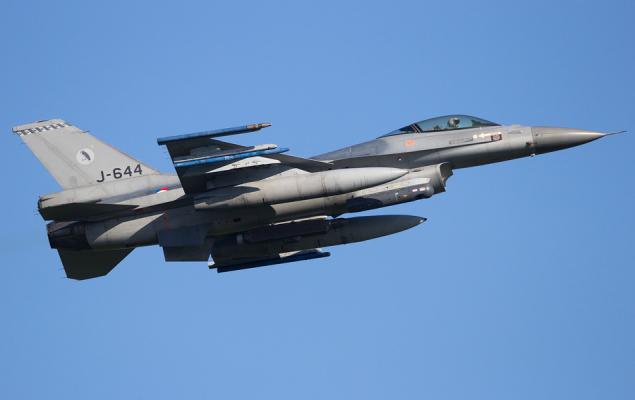 U.S. defense stocks witnessed a moderate flow of funds from the Pentagon over the trailing five trading sessions. While this had sufficient potential to keep the aerospace and defense industry buoyant, turmoil in the broader market was a spoiler. On Dec 3, U.S. stocks declined with major market indices sliding downward,after President Trump hinted at a delay in trade talk with China.

Although latest media reports suggesting a possible U.S.-China trade talk resumption cheered the Wall Street on Dec 4, the overall market’s performance over the past five trading sessions has been disappointing. Consequently, major indices of the aerospace and defense industry put up a dismal show. Notably, the S&P 500 Aerospace &Defense (Industry) Index fell 3.7%, while the Dow Jones U.S. Aerospace & DefenseIndex slipped 3.2% in the past five trading sessions.

1.    General Dynamics’ Electric Boat division clinched a $22.2-billion multi-year modification contract for manufacturing nine Virginia-class submarines, of which, eight would include the Virginia Payload Module (VPM). The deal has been awarded by the Naval Sea Systems Command, Washington, D.C.

The modification also includes design support, delivery of spare materials and tests required for each submarine.Work related to the deal is expected to be completed by August 2029 (read more: General Dynamics' Unit Wins $22B Submarine Construction Deal).

2.    Lockheed Martin’s business unit, Aeronautics, won a contract to procure long lead material, parts and components for the F-35 program. These procurements will be done to support production and delivery of 48 F-35A Lightning II aircraft from the 15th Lot.

Valued at $328 million, the deal has been awarded by the Naval Air Systems Command, Patuxent River, MD. The defense prime is expected to finish the task in June 2023 (read more: Lockheed Martin Wins $328M Deal to Acquire F-35 Components).

3.    Bell-Boeing secured a contract to offer performance-based logistics and engineering support to the V-22 platform. Work related to the deal is scheduled to be completed by Nov 30, 2024.

4.    Curtiss-Wright’s board of directors has authorized the repurchase of $50 million of its common stock via a 10b5-1 program, beginning January 2020. Curtiss-Wright currently has $200 million available under the share repurchase authorization.

Alongside the above-mentioned repurchase authorization, the company will have $100 million for repurchasing additional shares through a supplemental 10b5-1 program (read more: Curtiss-Wright Receives Approval for $50M Share Repurchase).

The company has also signed an agreement to purchase the stock of 901D Holdings, LLC, for $132 million in cash. The acquisition is expected to conclude this December, subject to the receipt of regulatory approval and other closing conditions (read more: Curtiss-Wright Signs Agreement to Acquire 901D Holdings).

Over the past five trading sessions, defense biggies put up a dismal show. Boeing lost the most, with its share price having declined 6.6% while Textron decreased 4.2%.

The industry's performance over the last six months has been mostly impressive. Raytheon gained the most, with its share price having increased 20%. However, Textron lost 6.9% in the same time period.