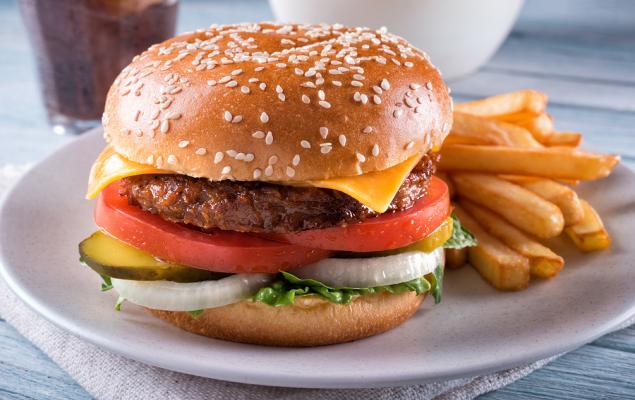 Beyond Meat said that its popular Beyond Burgers will be sold at Costco stores in states including Texas, Florida, and New York for $14.99 per eight-patty pack.

Beyond Meat has been one of the most prolific IPOs of 2019 and currently sits around $72.37 per share, which represents around a 189% return. BYND stock at one point rose over 858% to trade at $239.71 per share. The company’s miraculous run brought a massive amount of attention to the stock, but, with it, came many doubts about the run’s sustainability.

Beyond Meat’s stock pulled back recently, so is its Costco announcement enough for investors to hop back on the BYND bandwagon?

As Beyond Meat’s stock began to soar to incredible heights, Wall Street began to question if the run was warranted, given the unknown scale of the plant-based food market and rising competition in the space.

The Good Foods Institute, a Nonprofit organization, calculated that the plant-based food market is now worth almost $4.5 billion in the U.S. and has grown around 11% in just the last year. Plant-based meat itself grew 10% last year, which was down from the 25% growth it saw in the previous year.

However, industry analysts from Markets and Markets still project that the plant-based meat industry will grow internationally from $12.1 billion in 2019 to a $27.9 billion market by 2025.

Some bullish Beyond Meat investors hope that plant-based meat products can follow the same trajectory. The plant-based meat industry brings in about $801 million in the US yearly, which could give the product a long growth runway.

Beyond Meat isn’t the only company gunning for the potentially lucrative space. Privately held Impossible Foods is Beyond Meat’s direct competitor and has its own partnership with Burger King. Meat industry giant Tyson Foods (TSN - Free Report) was an early investor in Beyond Meat but decided to sell its shares pre-IPO and launched its own plant-based meat brand called Raised & Rooted.

In addition, Nestle (NSRGY - Free Report) , Kellogg (K - Free Report) , and Hormel Foods (HRL - Free Report) , have all announced plans to launch plant-based meat products, which further saturates the emerging market. These companies could potentially pose serious threats to Beyond Meat as they have vast resources at their disposal.

The plant-based meat industry looks poised to continue its growth and Beyond Meat will have to distinguish its products as larger companies set their sights on the emerging market. Beyond Meat’s partnerships with McDonald’s (MCD - Free Report) , Yum Brands’ (YUM - Free Report) Kentucky Fried Chicken, and Dunkin’ (DNKN - Free Report) are a step in the right direction.

Procuring more restaurant and retail partnerships is vital for Beyond Meat. The restaurant partnerships will be especially crucial as it will help establish Beyond Meat’s brand awareness, which will become paramount as more meatless products hit retail shelves.

Looking ahead to the next fiscal year, our estimates project sales to climb 65.7% to hit $456.23 million. And BYND is expected to jump from a full-year loss to positive earnings of +$0.39 per share.

Beyond Meat’s remarkable run has captivated Wall Street in 2019 and has made it the standout IPO of the year as it has outpaced IPO class peers like Lyft (LYFT - Free Report) and Uber (UBER - Free Report) . The growth runway for the plant-based meat industry looks promising but it must capitalize on its first-mover advantage.

Its Costco announcement did little to please investors just yet. But the continued effort to get Beyond Meat’s products into more stores and restaurants is a good sign moving forward. While our estimates project a significant top-line slowdown in fiscal 2020, it also calls for Beyond Meat’s first profitable year, which would be a great feat for the young company.