Per a media release, Plains All American Pipeline L.P. (PAA - Free Report) has entered into an agreement with Valero Energy (VLO - Free Report) to develop Byhalia Connection, a crude oil pipeline that is likely to run 45 miles from Memphis to Marshall County, MS. This will connect the Diamond Pipeline and the Capline Pipeline.

The reason behind joining the two pipelines is to increase the efficiency of both. Also, it will enable the pipelines to cater to rising demand for transporting crude oil by producers in the region. Construction of this proposed pipeline is likely to start from the second half of 2020, after receiving necessary approvals, and commercial operation will commence from mid-2021.

WPX Energy (WPX - Free Report) is a perfect example in this regard. This company has gradually transformed itself from a natural gas-focused company to an oil-focused one. This depicts its increasing focus on crude oil production. With many oil and gas operators in the United States trying to produce more crude oil from their existing assets, demand for oil pipelines are on the rise.

Per the U.S. Energy Information Administration, more than 100 crude oil pipeline projects were completed between March 2011 and September 2019. The vast majority of the projects were for transporting crude oil within their respective regions.

Plains All American Continues to Expand

To capitalize and benefit from the rising production, the firm has decided to start several projects that will further strengthen its position in the Permian Basin. JVs such as Wink to Webster, Diamond/Capline, Saddlehorn, Red River and Red Oak are expected to come online in the 2020-2021 time period. These new JV projects will further increase the firm’s capability to transport more crude oil from the Permian region to the Texas Gulf Coast.

In the past month, the firm has gained 0.4% compared with its industry’s growth of 3%. 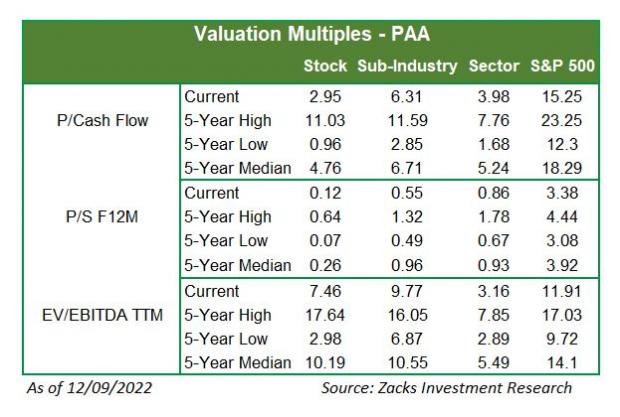