Though the company’s bottom line beat estimates in the reported quarter, investors were not pleased with bleak view for fiscal 2019. Consequently, shares of the company declined roughly 23% on Dec 11.

A Look at Guidance

The company forecast comparable retail sales to decrease around 3%. Earlier, the company had guided comparable retail sales to be flat with the fiscal 2018 level. E-commerce penetration is now projected to increase to 31% of net sales from approximately 28% in the prior year. Further, it envisions adjusted operating margin of 5.7-5.9% compared with the prior guidance of 6.1-6.4%. The company recorded 6.6% in fiscal 2018.

The company now anticipates adjusted earnings to be $5.00-$5.20 per share for fiscal 2019 compared with $5.40-$5.75 stated earlier. This reflects a decline from earnings of $6.75 reported in fiscal 2018. The guidance includes an impact of nearly 13 cents from the recently implemented tariffs. Currently, the Zacks Consensus Estimates for fiscal 2019 earnings is pegged at $5.60.

For fourth-quarter fiscal 2019, the company expects net sales of $504-$509 million. The sales guidance is shy of the current Zacks Consensus Estimate of $556.6 million for the fiscal fourth quarter. Comparable retail sales are expected to decrease in mid single-digit compared with the prior-year period. Meanwhile, adjusted operating margin is projected to be 6.1-6.8%.

Overall, we note that shares of this Zacks Rank #4 (Sell) company have slipped 42% in the past three months, against the industry’s growth of 0.1%.

The children's specialty apparel retailer reported adjusted earnings of $3.03 a share, outpacing the Zacks Consensus Estimate of $3.02. However, the bottom line declined 1.3% from the year-ago period’s figure of $3.07. This marked the company’s second straight quarter of earnings beat.

Children’s Place generated net sales of $524.8 million that lagged the Zacks Consensus Estimate of $534.2 million, marking the second consecutive quarter of miss. Nevertheless, the company’s top line inched up 0.4% on a year-over-year basis. The increase in net sales was driven by 0.8% increase in comparable retail sales. However, comparable retail sales came below the company’s guided range of 3-4%.

Comparable retail sales increased 1.2% in the United States while the same declined 2.8% in Canada. E-commerce penetration improved 650 basis points to 35% of net sales in the quarter under review.

Following a strong back-to-school season, the company’s sales were impacted by warmer weather into late October compared with last year. As a result, the company witnessed decline in store traffic, transactions and conversions in the third quarter. The company’s seasonal carryover inventory declined in a double-digit at the end of the fiscal third quarter.

Coming back to the reported quarter’s results, adjusted gross profit was $198.1 million, down 3.1% year over year. Meanwhile, adjusted gross margin contracted 130 basis points to 37.8%, owing to increased penetration of ecommerce business, which is a lower-margin business.

Adjusted SG&A expenses fell 4.4% from the year-ago period to $116.6 million while as a percentage of net sales, the same decreased 110 basis points to 22.2%. The decrease in SG&A expenses primarily resulted from better expense management and lower incentive compensations.

As part of store fleet optimization endeavors, the company opened six stores and closed 12 in third-quarter fiscal 2019, thereby ending the quarter with 955 stores. The six stores opened in the reported quarter are in sync with its target of opening about 25 stores in highly productive centers in the next two years. Year to date, the company opened 10 stores that were highly productive centers.

Since the announcement of the store fleet optimization program in 2013, it has shuttered 238 stores. In fact, the company is on track to close about 300 stores by 2020 as part of the program. Further, the company has closed nearly 27 stores year to date. Moreover, it now plans to close around 60 stores in 2019 compared with the previous plan of closure of 40-45 stores.

Children's Place ended the quarter under review with cash and cash equivalents of $66.1 million compared with $93 million a year ago. The company exited the quarter with inventories of $389.8 million, up 3.4% year over year. Shareholders’ equity totaled $254.4 million as of Nov 2, 2019. Management incurred capital expenditure of about $21 million in the reported quarter. Further, the company now expects capital spending of approximately $60-$65 million in fiscal 2019 compared with the prior view of $65-$75 million.

During the fiscal third quarter, the company bought back 414 thousand shares for roughly $33 million and paid out a quarterly dividend worth nearly $9 million. As of Nov 2, 2019, it had about $146 million remaining under existing share repurchase program.

Concurrent to the earnings release, it also declared a quarterly cash dividend of 56 cents per share, which is payable Dec 27 to shareholders of record as of Dec 16.

With respect to Gymboree, Children’s Place is on track to relaunch this iconic brand in early 2020 with an enhanced, personalized, online shopping experience at gymboree.com, and with over 200 shop-in-shop locations in selected The Children’s Place stores across the United States and Canada.

Recently, the company showcased spring 2020 Gymboree collections at a media event supporting the relaunch of the brand. The company received positive response along with appreciation from Gymboree fans. Apart from this, the company expects to continue gaining traction from the abandoned Crazy 8 and Gymboree customers.

Tilly's, Inc. (TLYS - Free Report) has a long-term earnings growth rate of 11% and a Zacks Rank of 1 at present. 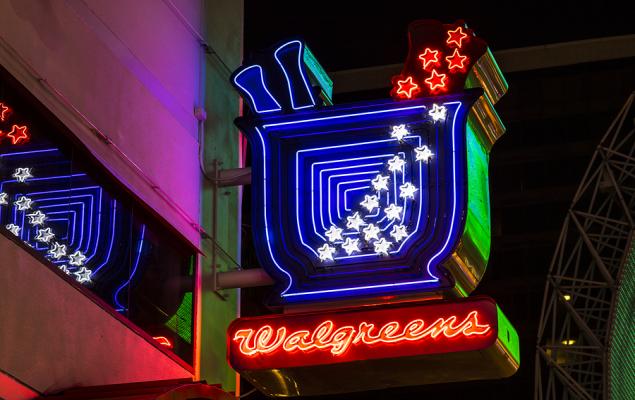