Wall Street continued its uptrend last week with the S&P 500 and Nasdaq hitting new highs, climbing 0.7% and 0.9%, respectively. The rally was driven by strong economic data including jobs data and a dovish Fed. In particular, the U.S. added jobs at the fastest pace this year in November and unemployment dropped to the lowest level since 1969 (read: 5 Sector ETFs to Win After Robust November Jobs Data).

The phase one trade deal between the United States and China bolstered confidence in the stock market. Notably, the S&P 500 is on track to register its best performance since 2013 and the third-strongest annual gain since the start of the century.

Given this, we have highlighted five ETFs that gained the most last week.

This ETF has perked up buoyed by deal activities as Merck & Co. (MRK) and Sanofi (SNY) agreed to buy smaller cancer-drug makers ArQule (ARQL) and Synthorx (THOR), respectively. BBC invests solely in firms with promising drugs in clinical human trials that have not yet been approved by the FDA or gone into production. This can easily be done by tracking the LifeSci Biotechnology Clinical Trials Index. BBC has amassed $32.6 million in its asset base and charges 79 bps in fees per year from investors. It trades in a light average daily volume of around 7,000 shares and holds 96 securities in its basket. The product carries a Zacks ETF Rank #3 (Hold) with a High risk outlook (read: Biotech ETFs Hit New Highs on Deal Activities).

Copper prices rose to their highest level in seven months last week on optimism over easing of U.S.-China trade tensions that has fueled hopes of a global growth rebound. COPX offers global access to a broad range of copper mining companies. It tracks the Solactive Global Copper Miners Total Return Index and holds 29 stocks in its basket. Canadian firms take the largest share at 32.7%, while Australia and China round off the next two spots. The product has managed $83.9 million in AUM, while charging 65 bps in fees per year. It trades in a light volume of 51,000 shares a day on average (read: Trade Deal Cut in Principle? Sector ETFs to Soar).

Most MLPs are engaged in the processing and transportation of energy commodities such as natural gas, crude oil and refined products. As such, they are not directly linked to the price of oil and are likely to be the major beneficiaries of an oil boom in the long term. Acting as toll-takers, these MLPs earn revenues on volumes that flow through pipes and not on the commodity price. MLPG is designed to track an investment in the Alerian Natural Gas MLP Index, and pay a variable quarterly coupon linked to the cash distributions associated with the underlying MLP constituents, less investor fees. It charges 85 bps in annual fees and has managed $4.3 million in its asset base. The note trades in average daily volume of 1,000 shares.

After taking a beating in recent weeks, cannabis stocks rallied on news that Canadian province of Ontario will expand its retail footprint with plans to issue about 20 new store approvals starting in April 2020. POTX seeks to invest in companies across the cannabis industry by tracking the Cannabis Index and holds 26 stocks in its basket. It has accumulated $6.3 million in its asset base within three months of debut and trades in average daily volume of 14,000 shares. Expense ratio comes in at 0.50% (read: Top ETF Stories of November).

With easing uncertainty around U.S.-China trade and Brexit, energy ETFs have gained as oil price rallied. IEZ offers exposure to U.S. companies that provide equipment and services for oil exploration and extraction by tracking the Dow Jones U.S. Select Oil Equipment & Services Index. It holds 34 stocks in its basket and charges 42 bps in annual fees. The product trades in average daily volume of 70,000 shares. 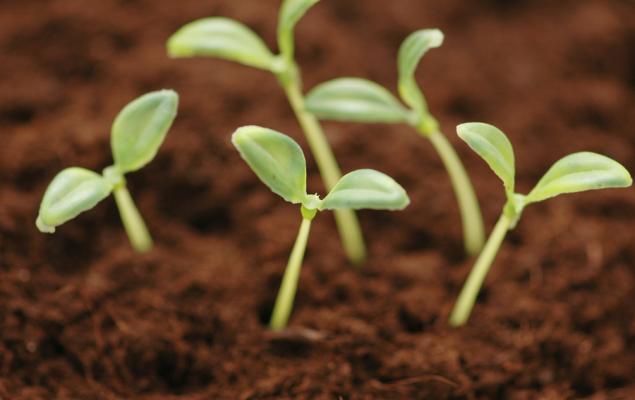