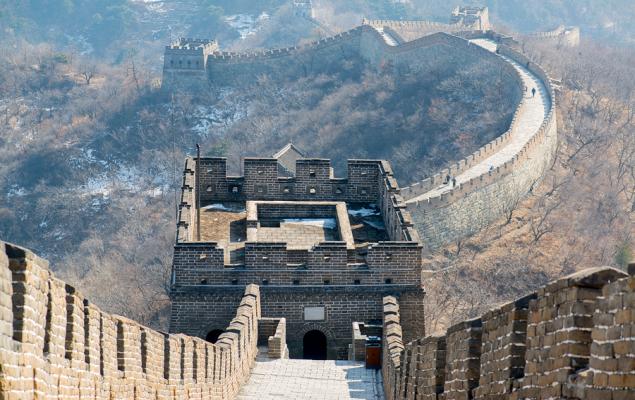 The prolonged trade friction between the United States and China has taken its toll on economies across the globe, and the Chinese economy for obvious reasons is no exception. The roughly 18-month long trade war has taken a bite out of the world’s second-biggest economy, hurt a host of industries in that country and dragged down stocks of several Chinese companies.

The bitter trade tussle has hurt the Chinese economy to a much greater extent than the U.S. economy. China’s economy grew at a slower-than-expected pace of 6% in the third quarter of 2019 on a year-over-year basis, the weakest in nearly three decades, amid trade tensions and softer domestic demand. The growth also slowed from 6.2% clocked in the second quarter.

The slowdown occurred despite Beijing’s efforts to pep up its economy through measures including tax cuts. The trade tiff has created an uncertain environment for businesses and consumers, hurting the Chinese economy.

China, a major source of demand for a vast spectrum of products, has emerged as a global growth engine over the past few decades. As such, the sputtering engine of the Chinese economy has weighed on the world economy this year.

Notably, China’s economy grew 6.6% in 2018, the slowest pace in almost three decades. China has set its GDP growth target for 2019 at 6-6.5% and hopes to achieve that target. Beijing is reportedly expected to set a growth target of roughly 6% for 2020.

China’s manufacturing sector bore the brunt of trade war this year. While November saw a sudden recovery in manufacturing on the back of government stimulus actions, the sector languished for most part of 2019. The official manufacturing purchasing managers’ index (PMI) contracted for six straight months before modestly expanding in November. China has also seen a slowdown across infrastructure and the property sectors this year.

Meanwhile, the country’s automobile sector is among those that were hardest hit by the fierce trade spat. The sector is crumbling under the weight of the steep U.S. tariffs.

China’s automobile sales dropped year over year in November for the 17th straight month amid a slowing economy and tariff war with the United States. Total vehicle sales slipped 3.6% year over year for the month, per the China Association of Automobile Manufacturers (“CAAM”). The world’s largest automobile market looks to be on track for contraction for the second year.

China’s export juggernaut has also slowed in the wake of the U.S. tariffs. The country’s export sagged for the fourth straight month in November, falling 1.1% year over year as trade with the United States declined sharply. China’s exports to the United States dropped 23% year over year to roughly $35.6 billion, per customs data. Exports for the first 11 months also fell 12.5% on a year-over-year basis.

Nevertheless, the better-than-expected industrial and retail data in November is a welcome development. According to the National Bureau of Statistics (“NBS”), China’s industrial production rose 6.2% year over year while retail sales went up 8% in November. The growth came on the back of higher domestic demand driven by the Chinese central government’s supports aimed at alleviating the impacts of trade war. These data points suggest that China’s economy might have bottomed out and an improvement is in the offing.

The de-escalation in the U.S.-China trade war, at least for now, due to the recent announcement of the “phase one” trade deal augurs well for the reeling Chinese economy.

The United States and China have agreed to a phase one trade deal after months of negotiation on its terms. The deal averted the implementation of a new round of U.S. tariffs on around $160 billion of consumer goods from China including popular consumer products like smartphones, which were slated to kick in on Dec 15. China has also reportedly suspended its additional tariffs on U.S. goods that were supposed to take effect that same day.

Moreover, the United States will also slash its 15% tariff on about $120 billion of Chinese imports to 7.5%, according to U.S. Trade Representative, Robert Lighthizer. However, the existing 25% tariff will remain in place on about $250 billion worth of goods from China. The deal, which is expected to be signed in early January, also includes China’s commitment to purchase a significant amount of U.S. farm, energy and manufactured goods and improve intellectual property rights protection. However, exact details of the deal were not officially divulged.

President Trump also said that the parties will start negotiation on the “Phase Two” deal immediately rather than waiting until after the 2020 elections.

While much around the trade dispute remains unresolved, the partial trade deal has, to some extent, removed clouds of uncertainties and has also improved outlook heading into 2020. The deal is likely to instil confidence in the Chinese economy, improve business and consumer sentiment and drive trade and investment activities.

Beijing is also stepping up efforts to ramp up infrastructure investment to prop up its faltering economy, partly through issue of more special bonds. In particular, government stimulus measures are expected to cushion the country’s beleaguered manufacturing sector. This should also bode well for the Chinese economy moving into the New Year.

5 Battered Stocks Set for a Comeback

The tariff war with the United States has largely contributed to the slowdown in the Chinese economy. However, the completion of the initial trade deal should improve business sentiments and is expected to serve as a catalyst for growth moving into 2020. The recent rebound in industrial production is another positive. As such, Chinese stocks that failed to stand out in 2019 have a chance to bounce back in 2020.

However, finding stocks that are likely to rebound in 2020 is no mean feat.

Here we pick five Chinese stocks that have lost more than 15% so far in 2019, but have the potential to turn around this year based on their strong fundamentals.

Baidu, Inc. (BIDU - Free Report) : This Internet search services provider sports a Zacks Rank #1 and has an expected earnings growth of 51.3% for the next year. Over the last 60 days, the Zacks Consensus Estimate for 2020 increase 41.5%. We note that the stock has lost 19.2% so far this year.

GreenTree Hospitality Group Ltd. (GHG - Free Report) : This leading franchised hotel operator currently carries a Zacks Rank #1. It has expected year-over-year earnings growth of 19.8% for 2020. Over the last 60 days, the Zacks Consensus Estimate for 2020 shot up 539.6%. The stock has lost 18% year to date.

Changyou.com Limited : This developer and operator of online games in China currently carries Zacks Rank #2. It has expected year-over-year earnings growth of 8.3% for the next year. Over 60 days, the Zacks Consensus Estimate for 2020 increased 11%. The stock has tumbled 46.4% year to date.

Sohu.com Limited (SOHU - Free Report) : This leading provider of online advertising, search, media and gaming services has seen its shares tumble 33.6% this year. The company, carrying a Zacks Rank #2, has an expected earnings growth of 33.2% for 2020. Over 60 days, the Zacks Consensus Estimate for 2020 increased 45.6%.

MOGU Inc. : This Zacks Rank #2 stock provides an online clothing platform. It has an expected earnings growth of 14.5% for the next year. The company also delivered average positive earnings surprise of 40% over the trailing four quarters. Notably, the stock has plunged 89.3% this year.

Does US Economy's Recession-Free Decade Have Legs? 5 Picks