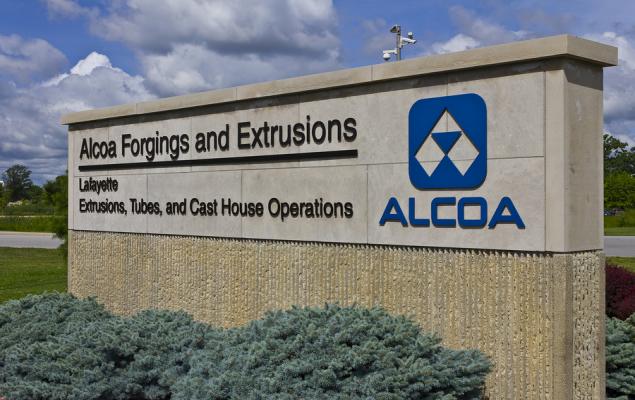 Alcoa Corporation (AA - Free Report) recently announced that it has inked an agreement with Veolia ES Technical Solutions to divest its waste treatment facility, based in Gum Springs, AR. Notably, the deal is subject to customary closing conditions and regulatory approvals, and projected to close in the first quarter of 2020.

The deal, worth about $250 million in total consideration, includes $200 million in cash for the sale of Alcoa’s business unit, Elemental Environmental Solutions, and another $50 million, conditioned upon the fulfillment of certain post-closing conditions.

As part of Alcoa’s Elemental Environmental Solutions business, the 1,300-acre waste treatment facility in Gum Springs is engaged in several environmental management processes that include the usage of two hazardous waste incinerators as well as a landfill. Notably, the facility has also processed spent pot lining for the smelter industry in North America. It is worth mentioning here that the deal comprises a multi-year agreement, per which Veolia will remain a key service provider for Alcoa.

As noted, the deal is in sync with Alcoa’s strategy of divesting non-core assets, with a target of generating $500 million-$1 billion in cash. In fact, the deal will enable the company to emphasize on its core business.

Alcoa’s long-term debt, in the last three years (2016-2018), increased 8.1% (CAGR). Notably, at the end of third-quarter 2019, the company’s long-term debt was $1,805 million, up 0.2% from 2018-end. We believe, if unchecked, high debt levels can increase its financial obligations and prove detrimental to profitability in the quarters ahead.

Also, analysts have become increasingly bearish on the company over the past 30 days. Consequently, the Zacks Consensus Estimate for 2019 loss has widened from a loss of 80 cents to a loss of 86 cents per share.

Alcoa currently carries a Zacks Rank #5 (Strong Sell). In the past six months, the company’s shares have lost 5.6% against the industry’s growth of 55%. 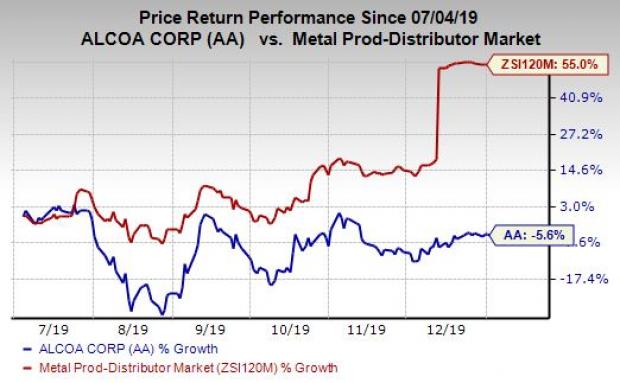 Kaman delivered a positive earnings surprise of 7.72%, on average, in the trailing four quarters.

Berry Global delivered a positive earnings surprise of 0.70%, on average, in the trailing four quarters.

DXP Enterprises delivered a positive earnings surprise of 17.67%, on average, in the trailing four quarters.

Here's Why You Should Retain EOG Resources in Your Portfolio