Walgreens Boots recorded total sales of $34.34 billion in the fiscal first quarter, up 1.6% year over year and 2.3% at constant exchange rate or CER. The top line, however, missed the Zacks Consensus by 0.8%. The year-over-year growth was led by improvement within the Retail Pharmacy USA and Pharmaceutical Wholesale divisions, partially offset by a dull performance by Retail Pharmacy International.

The segment’s sales totaled $26.1 billion in the first quarter, highlighting an improvement of 1.6% year over year.

Revenues at the Retail Pharmacy International division declined 5.4% on a year-over-year basis to $2.7 billion in the fiscal first quarter. Sales were down 2.7% at CER due to lower Boots UK sales and lower sales in Chile.

The Pharmaceutical Wholesale division’s quarterly sales were $6 billion, up 5.2% year over year (comparable sales were up 8.3% at CER on growth in the emerging markets and the United Kingdom).

Walgreens Boots exited first-quarter fiscal 2020 on a sluggish note as both adjusted earnings as well as revenues missed the Zacks Consensus Estimate. The year-over-year decline in adjusted earnings is another cause for concern.

Meanwhile, tough market conditions, particularly in retail, have been inducing sluggishness in the Retail Pharmacy International division. Margin pressure is a major overhang on the stock. Overall, the Retail Pharmacy USA division saw an uptick in sales during the quarter on account of comparable prescription growth and a strong retail prescription market.

Also, a rise in Pharmaceutical Wholesale division sales buoys optimism.The recently-inked agreement with McKesson to create a German joint venture and an exclusive franchise deal in the United Kingdom with Mothercare hold promise.

The Zacks Consensus Estimate for Cerner’s fourth-quarter revenues is pegged at $1.43 billion, calling for a year-over-year increase of 5%. The same for EPS stands at 74 cents, suggesting a year-over-year rise of 17.5%.

The Zacks Consensus Estimate for DexCom’s fourth-quarter revenues is pinned at $427.5 million, indicating a year-over-year increase of 26.5%. The same for EPS stands at 71 cents, suggesting year-over-year growth of 31.5%.

The Zacks Consensus Estimate for HealthEquity’s fiscal fourth-quarter revenues is pegged at $193.3 million, calling for a year-over-year increase of 155%. The same for EPS stands at 18 cents. 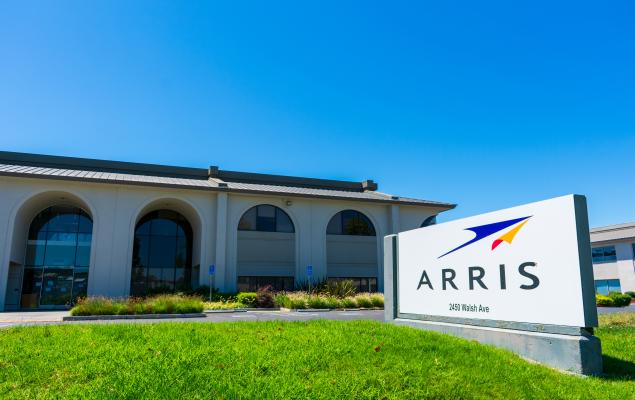