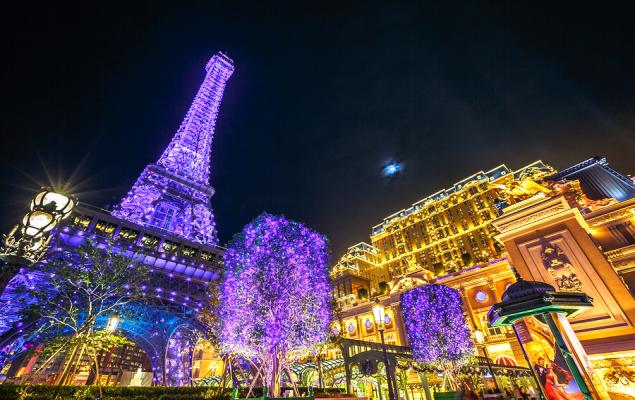 In the last reported quarter, the company’s top and bottom lines missed the Zacks Consensus Estimate by 1.9% and 1.3%, respectively. Moreover, both declined 2.6% year over year. The results were negatively impacted by decline in casino, and convention, retail and other revenues, along with higher interest expenses.

The Zacks Consensus Estimate for fourth-quarter earnings is pegged at 80 cents, implying 3.9% increase from 77 cents reported in the year-ago quarter. Over the past 60 days, the company’s earnings estimates have remained stable. The consensus estimate for revenues stands at $3,408 million, indicating a 1.9% decline from the prior-year reported figure of $3,475 million.

Las Vegas Sands’ fourth-quarter 2019 results are likely to be hurt by softness in casino, and convention, retail and other. Discouragingly, a tough operating environment in Macao, relentless trade conflicts, and highly competitive Las Vegas and Macao markets have been hurting the company’s top line.

The consensus estimate for revenues from casino — which reflects more than 70% of total revenues — is pegged at $2,455 million, indicating a slight decline from $2,461 million reported a year ago. Also, revenues from convention, retail and other are expected to decline 3.2% year over year to $151 million.

Moreover, decline in revenues at Sand Cotai Central is anticipated to get reflected in Las Vegas Sands’ top line in fourth-quarter 2019. For Sand Cotai Central operations, the consensus estimate for revenues is pegged at $519 million, suggesting a decline of 7% from the year-earlier quarter.

Nevertheless, robust performance of Las Vegas operations, Marine Bay Sands, Venetian Macao, Parisian Macao and Sands Macao segments is likely to have offset the negatives in the quarter to be reported.

For Las Vegas operations, the consensus estimate for fourth-quarter revenues stands at $446 million, indicating an improvement of 5.2% from the year-earlier quarter. Moreover, the company’s Marine Bay Sands segment is anticipated to have witnessed continued strength in the to-be-reported quarter. The consensus mark for the segment’s revenues is pegged at $749 million, suggesting a 3.2% improvement from the prior-year reported figure of $726 million.

Additionally, the Venetian Macao, Parisian Macao and Sands Macao segments are expected to have performed well in the quarter to be reported.

The company focuses on mass and non-gaming segments that carry higher margins to attain bottom-line expansion. In fourth-quarter 2019, all the segments within the Macao region, barring Sand Cotai Central, are likely to have generated improved adjusted EBITDA on the back of strategic initiatives undertaken by the company. Also, Marine Bay Sands and Las Vegas operations’ adjusted EBITDA is likely to grow 8.8% and 18% year over year, respectively.

Our proven model does not conclusively predict an earnings beat for Las Vegas Sands this time around. The combination of a positive Earnings ESP and a Zacks Rank #1 (Strong Buy), 2 (Buy) or 3 (Hold) increases the odds of an earnings beat. But that’s not the case here.

Las Vegas Sands has an Earnings ESP of -3.41% and a Zacks Rank #3. You can see the complete list of today’s Zacks #1 Rank stocks here.

Here are some stocks in the industry you may want to consider, as our model shows that these have the right combination of elements to post an earnings beat in the upcoming releases.