In May of 2018, Tesla CEO Elon Musk issued a warning to investors who were betting against the company that the “short burn of the century” was imminent.

In characteristic Musk style, he even sold a limited edition run of novelty flamethrowers meant to commemorate the short sellers getting torched.

It was a fairly audacious claim and it took almost two years to materialize, but the pain for short sellers of Tesla over the past few months has been very significant.

It's been quite a "short burn" even in the context of the previous largest short burn ever – the 2008 squeeze in shares of Volkswagen when it was revealed that rival automaker Porsche had acquired a controlling interest in more Volkswagen shares than the number available to borrow and the shorts scrambled to cover, running the share price up more than 500% almost instantly.

As we decide whether the recent price action in Tesla share is a bigger “short burn” it probably makes sense to point out that the rapid appreciation in VW shares was really an anomaly of market mechanics, while the Tesla rally is more the result of a huge amount of investor dollars pouring into the stock.

Even more remarkable is that short interest doesn’t seem to be significantly declining. In fact, even as some of the initial Tesla bears cover their losses, new shorts continue to sell the stock short, betting that the recent runup is unsustainable.

Short interest remains at record levels, even as Tesla shares soared through the $400 level and then right through $500 as well. As of Wednesday morning, those shares had hit a new intraday high of almost $600 and short sellers had suffered several single days in which their losses exceeded a billion dollars.

Short interest data is calculated only twice a month, but the best estimates suggest that there is now more than $14 billion committed to shorting Tesla – making it the most heavily shorted stock in the world, passing Apple, a company with almost 14 times higher market capitalization.

In a cruel twist of fate for short sellers, each new rally in Tesla shares raises the notional amount of short interest.

Less than two years ago, many analysts were speculating that Tesla’s enormous rate of cash burn would require a high-interest debt offering, a dilutive equity sale or both. The most pessimistic observers predicted that the company could end up being worth nearly zero in a fire-sale scenario.

As Tesla has proved that they are not only capable of producing positive cash flow and net profitability selling it’s innovative electric automobiles, and also that it’s on the brink of dramatically expanding manufacturing and sales in Europe and Asia, price targets have been rising rapidly – including one plausible case for the shares potentially being worth $6,000 within the next decade.

A huge lead in both EV and battery technology has the bulls convinced that Tesla could be the next Apple – selling cars around the globe the same way the Cupertino tech giant sells iPhones.

(Editor note: I’ve been a huge Tesla fan for years. It’s a great company with innovative products and an incredible story – sell a stylish and popular product that also helps to significantly reduce carbon emissions. Even I’m left scratching my head a bit at the rapid trajectory of the current rally.)

It’s the classic growth-stock conundrum. Investors are willing to pay high prices for stocks that have the potential to dramatically grow revenues and earnings over the next few years. At some point however, either the earnings have to come up or the share price has to come down to create a more reasonable price to earnings ratio. It’s just simple arithmetic.

Currently, Tesla trades at 86 times forward 12 month earnings estimates. For comparison purposes, Ford, General Motors and Fiat Chrysler all trade at a single digit multiple. That means Tesla would have to increase net earnings tenfold at the current stock price to have a typical automaker P/E multiple.

Is that possible? Of course. Prospective investors should understand however that Tesla shares are currently priced for something pretty close to perfection.

Past performance is no guarantee of future results. Inherent in any investment is the potential for loss.This material is being provided for informational purposes only and nothing herein constitutes investment, legal, accounting or tax advice, or a recommendation to buy, sell or hold a security. No recommendation or advice is being given as to whether any investment is suitable for a particular investor. It should not be assumed that any investments in securities, companies, sectors or markets identified and described were or will be profitable. All information is current as of the date of herein and is subject to change without notice. Any views or opinions expressed may not reflect those of the firm as a whole. Zacks Investment Research does not engage in investment banking, market making or asset management activities of any securities. These returns are from hypothetical portfolios consisting of stocks with Zacks Rank = 1 that were rebalanced monthly with zero transaction costs. These are not the returns of actual portfolios of stocks. The S&P 500 is an unmanaged index. Visit http://www.zacks.com/performance for information about the performance numbers displayed in this press release. 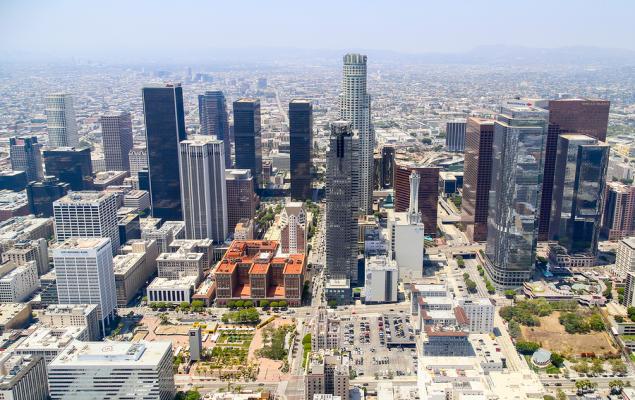