Did you hear the one about the investor who just raised her price target on Tesla (TSLA - Free Report) shares from $4,000 to $6,000 by 2025? In the video, I tell you her name and firm and exactly why she's so bullish. The answer may surprise you as much as it did me.

I also remind investors that fund manager and early Tesla bull Ron Baron predicted in 2017 that the stock would hit $1,000 by this year. Baron suffered some volatile fluctuations in his investment's value since then, but in an interview with Becky Quick on CNBC last August, he revealed his steadfast bullish commitment despite Elon Musk's "self-inflicted wounds."

Baron believes that Tesla, with its diverse renewable energy focus, wide and growing appeal for excellent cars, and international expansion could hit $1 trillion in revenues by 2030.

His Baron Capital still owned more than 1.6 million shares of Tesla valued at $360 million at the time when the stock was trading near $225. Tesla was then Baron’s 13th largest holding, down from eighth in 2018, but Baron said the decline was due to value depreciation, not the firm selling shares.

In the Q3 shareholder letter from Baron Partners Fund in November, here was the update from Ron...

"Tesla’s stock stabilized as investors build conviction around Model 3 demand trends and expanding margins. Tesla’s China factory is ahead of schedule, and investors anticipate the Model Y will positively impact the company’s P&L. We continue to expect significant value creation for Tesla’s stakeholders."

And to learn more about the market psychology of TSLA stock, where investors had learned to doubt Elon Musk's projection of at least 350,000 car deliveries in 2019 -- which he surprisingly delivered on -- check out my colleague Dan Laboe in his latest edition of The 4th Revolution.

What SpaceX Success Means for Tesla

Next in the video, I go over my bull case for TSLA based on it being a completely different kind of car company -- truly a technology company as the boss of Volkswagon conceded recently -- where traditional valuation metrics don't apply to its brand of growth.

One of my arguments is that Musk surrounds himself with the best engineering talent in the world and this was proven once again on Sunday January 19 when his SpaceX successfully tested the emergency rocket abort for its Dragon crew capsule.

The test, conducted jointly with NASA, was a necessary milestone before astronauts are given the green light for crewed missions. In the post-test press conference, Musk, Jim Bridenstine, Administrator of NASA, and Kathy Lueders, manager of NASA's Commercial Crew Program all affirmed the importance of this milestone as a big step towards reigniting America's space efforts.

In the video, I also show a book by SpaceX mission manager Andrew Rader which is a really fun, can't-put-down read covering the history of exploration from ancient mariners up to modern astronauts. Rader holds a PhD in aerospace engineering from MIT specializing in long-duration spaceflight and you can tell he is as passionate about the goals of SpaceX as its founder.

Incidentally, last week in my video and related article Virgin Galactic Stock Takes Off Before SpaceX and Blue Origin I explained why, despite all this great momentum, SpaceX wouldn't being doing an IPO any time soon. The article accompanying that video also goes into some detail about the different approaches and progress of each space enterprise and their "birds," including Amazon (AMZN - Free Report) founder Jeff Bezos and his independently-funded Blue Origin.

Last week I did my weekly video (link above) and podcast on exciting things happening with the private space transport and exploration companies SpaceX and Blue Origin. I also took a close look at Virgin Galactic (SPCE - Free Report) after its blistering rally of over 120% since early December.

On December 9, Morgan Stanley analyst Adam Jonas initiated coverage of the company with a $22 price target as he sees the greatest value potentially coming from hypersonic travel more than leisure space travel.

Hypersonic point-to-point (P2P) air travel will be what Jonas called "the third phase of the Virgin Galactic business model" referring to the company's three-phase plan outlined during public investor presentations last year. "A viable space tourism business is what you pay for today, but a chance to disrupt the multi-trillion-dollar airline TAM is what is really likely to drive the upside," Jonas speculated.

Think of traveling 50% faster than the Concorde, with flights between San Francisco and London in under 3 hours.

The analyst summed up his view of the investment opportunity under $10 this way: “The shares feature biotech-type risk/reward where today’s space tourism business serves as a funding strategy and innovation catalyst to incubate enabling tech for the hypersonic P2P air travel opportunity."

This big optimism from the Morgan Stanley analyst certainly explains part of the massive stock rally in SPCE. Three other elements should be noted though: (1) Virgin Galactic is the only public pure-play space transport and exploration company, and thus getting all the stock market love; (2) a low share price attracted lots of retail buyers with visions of doubling and tripling their money; (3) the hypersonic travel "call option" value of the company is probably at least 5 years away.

The analyst's $22 price target factors in $10 per share in value for space tourism and $12 per share for the hypersonic opportunity that are part of Virgin Galactic's long-range business plans. Jonas forecast $800 billion in annual sales for hypersonic travel by 2040 and further juxtaposed the tourism model (see Earth from space) and the speedy travel model (get around Earth faster)...

"While some investors have described high-speed hypersonic P2P air travel opportunity as ‘the icing on the cake’, we see Hypersonic as both the cake and the icing, with Space Tourism as the oven."

While Branson & Co. are using space tourism to build a bridge to hypersonic air travel, Musk and Bezos with Blue Origin are looking to be reliable transport of cargo and people to the International Space Station (ISS). In his October key note, Bezos emphasized that we must get back to the moon quickly for the next stages of building a space program that can manufacture and test in 1/6 of Earth's gravity. This will be essential for eventual travel to and base-building on Mars.

But back to Virgin Galactic's tourism dreams, "the oven" hasn't even started heating up yet, even though over 600 customers have already bought their seats on the six-passenger SpaceShipTwo at an average cost between $200K and $250K. Tickets first went on sale in 2004 for $200,000 when Branson said commercial operations would begin within three years.

In 2013, tickets went up to $250,000 but an accident in 2014 where a pilot was killed set the program back. Seven years later with no passenger flights yet, some have asked for refunds.

But Virgin Galactic expects to begin flying its first space tourism customers in 2020. Morgan Stanley's Jonas estimates VG can ramp its flight offerings to serve more than 3,000 passengers by 2030. Another estimate that might mean nothing with all the variables involved.

Still it's the social and wealth trends that Jonas is banking on. "The addressable market for space tourism, while niche, is supported by a range of industries, including yacht charters and luxury cars."

"Space Tourism’s goal over the next year: be safe, stay funded,” he wrote in his research report. “We believe the key catalyst over the next 12 months will be sending even one customer to space and returning safely.”

Competition and Cooperation in Space

That feat will indeed amaze the world and build wider enthusiasm for all space programs, including SpaceX and Blue Origin. Something that NASA Administrator Bridenstine emphasized after the Crew Dragon abort test Sunday was that his goal has always been "dissimilar redundancy."

This means he wants NASA to rely on several providers of aerospace excellence and reliability. This may eventually include the space projects of Alphabet (GOOGL - Free Report) founder Larry Page.

The NASA and SpaceX partnership is a great early example of what's possible when private enterprise (and wealth) takes the initiative in space science and engineering and gets full cooperation from government agencies. This will only encourage more space entrepreneurs to build their visions.

And in a time of rising global mistrust between nations, the International Space Station and its 15 member countries stands as a symbol of unity that only science and shared knowledge can create. 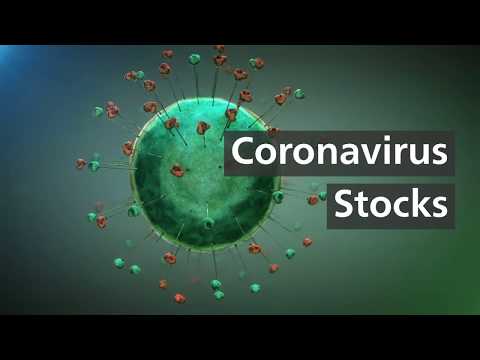