ServiceNow (NOW - Free Report) provides cloud-based services and solutions to its over 6,200 enterprise customers, on everything from IT to employee and customer workflows. NOW posted stronger-than-projected Q4 2019 results on January 29. Analysts have since raised their fiscal 2020 and 2021 earnings estimates for the fast-growing, cloud-focused business services firm.

ServiceNow was founded in 2004 and went public in 2012. The Santa Clara, California-based firm grabbed the No. 3 spot on Fortune’s Future 50 list of global companies “with the best prospects for long-term growth” in both 2019 and 2018. This put NOW ahead of the likes of Salesforce (CRM - Free Report) , Netflix (NFLX - Free Report) , Vertex Pharmaceuticals (VRTX - Free Report) , and many others.

More recently, the cloud-centered digital workflows firm was added to the S&P 500 index in November. And new CEO Bill McDermott, who took over in mid-November, bought $1 million worth of NOW shares. This appeared to be a solid vote of confidence in ServiceNow and a possible sign that the CEO might have thought NOW stock was undervalued.

Investors can see from the nearby chart that NOW stock has been on an impressive run. Not only are shares up a whopping 1,330% since their debut, the stock has soared roughly 290% in the last three years.

Shares of ServiceNow have also climbed over 10% since it reported on January 29 and are now up 45% in the last three months to rest at new highs. 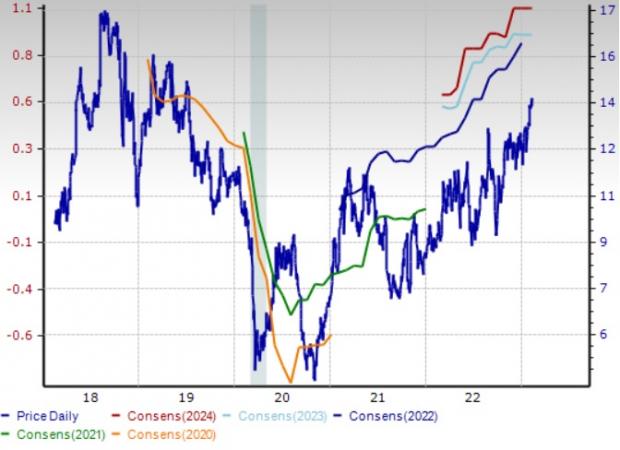 In the fourth quarter, NOW’s subscription revenue surged 35%. Meanwhile, it closed the period with 892 total customers with over $1 million in annual contract value, which marked 32% growth.

On top of that, ServiceNow’s adjusted earnings are projected to soar over 29% in both 2020 and 2021. “Looking ahead, we remain focused on driving sustainable top-line growth as we look to scale our business to $10 billion in revenue and beyond,” CFO Gina Mastantuono said in prepared remarks.

ServiceNow is currently a Zacks Rank #3 (Hold) that also holds an “A” grade for Growth in our Style Scores system. Overall, NOW stock appears to be worth considering at the moment, as part of the continued digital transformation of businesses big and small.