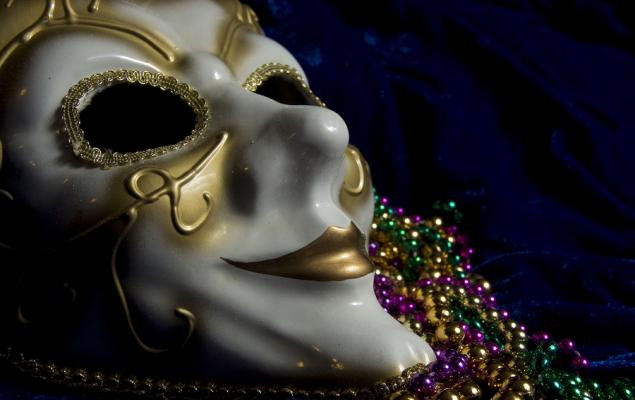 Pre-market futures are mambo-ing back into positive territory on this Mardi Gras day, following a 3.5%+ drop on major indexes Monday. Yesterday marked the third-largest point decline in history, though nowhere near the percentage drops in 1987, 1929 and 2008. Currently in today’s early trading, the Dow is up 145 points, the Nasdaq +71 and the S&P 500 14.5.

By now we all know fears of global contagion of the coronavirus, know as COVID-19, are behind the market pullback, as factories in mainland China continue to be shuttered and travel and business elsewhere — from Italy to Iran — lower forward expectations on economic productivity (to say nothing of the cost of human life). This event compounds what we’d seen in the markets previously, which were big run-ups in December and January as trade war relief between the U.S. and China had signaled smooth sailing ahead.

So even with markets having hived off 3% or more in response to the spreading COVID-19 threat, market participants here at home are again turning to the Fed for assistance. Interest-rate cuts, already below 2% thanks to an accommodative Fed policy over the past several quarters, are expected later in 2020, especially if COVID-19 is not successfully contained.

Analysts give the chance of a quarter-point rate cut to 1.5% in September at nearly 75%. An additional cut in September shows a 60% probability, and some models see a third cut this December, which would take the Fed Funds Rate to an even 1.00%.

The Case-Shiller Home Price Index for December is out this morning, with results 30 basis points higher than consensus, to 3.8%. Notice these results are from late 2019, making it the most lagging indicator on home pricing, though Case-Shiller is known to be a consistently accurate read. Twelve cities in the 20-city survey gained in the month, led once again by Phoenix, Charlotte and Tampa.

Zacks Rank #2 (Buy)-rated Macy’s (M - Free Report) outpaced estimates in its fiscal Q4 earnings released ahead of today’s open. Earnings of $2.12 per share easily surpassed the $1.95 analysts had expected (though were down from the $2.73 per share reported in the year-ago quarter). Citing a “meaningful sales uptick during the 10 shipping days before Christmas,” Macy’s posted $8.34 billion in quarterly revenues, up from the $8.32 billion (but down 1.4% year over year). Shares are up slightly in early trading. For more on M’s earnings, click here.

Home Depot (HD - Free Report) also impressed investors with its Q4 report this morning, with $2.28 per share beating the Zacks consensus by 18 cents on revenues of $25.78 billion, which beat the estimated $25.75 billion. Earnings for the largest home-improvement retailer improved from $2.09 per share a year ago, while sales in the year-ago quarter were stronger, at $26.49 billion. Home Depot attributes some of its quarterly success to the extra week of operations in the quarter. Shares are up 3% in the pre-market. For more on HD’s earnings, click here.