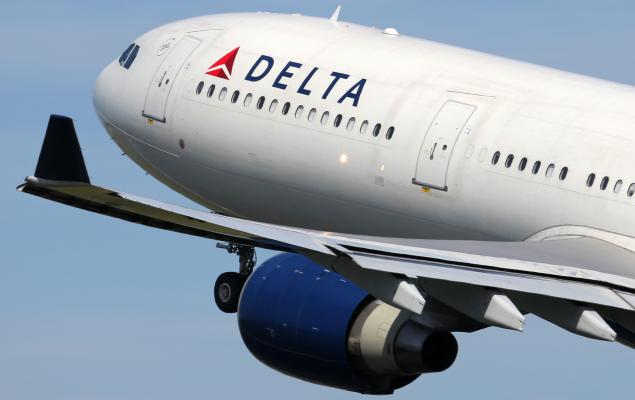 Meeting the same fate as its fellow airline players, Delta Air Lines (DAL - Free Report) has been hit hard by the rapid spread of the deadly coronavirus (COVID-19), which was declared a pandemic by the World Health Organization on Mar 11.  Fears surrounding this highly contagious disease are primarily responsible for the stock shedding 28.2% of its value in the past month. In comparison, the S&P 500 Index has depreciated 14.7%. 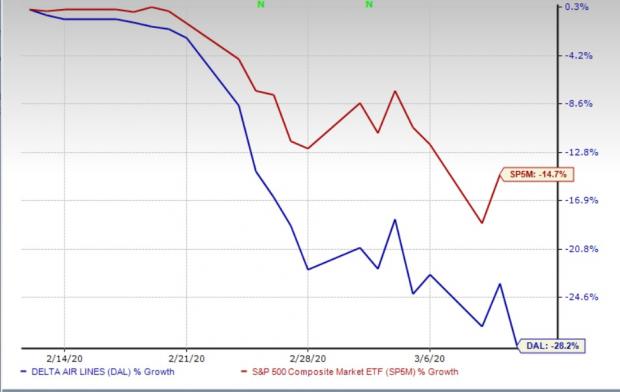 In a bid to fight coronavirus-led low demand for air travel, Delta has been taking various steps like reducing 10-15% of domestic capacity. Additionally, this Zacks Rank #3 (Hold) company aims to trim international capacity by 20-25%. The latest measure announced in this respect was the extended suspension of its flights connecting the United States with China through May 31, 2020. Previously, this Atlanta-GA- based carrier had cancelled flights on the route until Apr 30.

Moreover, Delta, which aims to reduce trans-pacific capacity by 65%, announced suspension of some flights to South Korea and Japan through May 31. The flight cancellations to Japan include suspension of a service between Portland and Tokyo apart from the one connecting Detroit and Nagoya. Moreover, flights between Detroit and Tokyo, which operated daily will now be available six times a week through May 31. Similarly, a daily service between Honolulu and Tokyo is now slashed to six times a week through May-end. Also, flights connecting Minneapolis with Tokyo and operating five times a week can now be accessed thrice until May 31.

Regarding South Korea, Delta announced actions like calling off flights between Atlanta and Incheon through the above-mentioned date. Also, the airline deferred the launch date of its service between Seoul-Incheon and Manila from May 1 to May 31. Further, the airline announced several changes to its trans-Atlantic flying schedule as part of its decision to cut 15-20% capacity in the region.