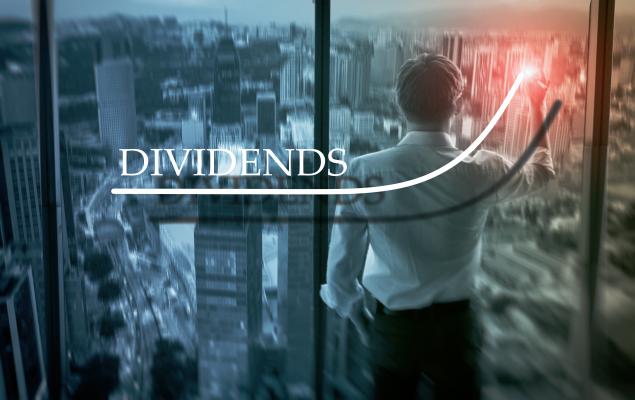 Investors are typically attracted to the ‘Big Oil’ companies thanks to their reliable dividends and defensive characteristics. These oil and gas industry kings usually consider high payouts as sacrosanct and do their utmost to continue paying them. In fact, the oil multinationals would rather slash capital expenditures, divest assets and increase borrowing than touch their dividend policies.

But this time things seem to be different as the plunge in global commodity prices is forcing them to realign their strategy.

This earnings season, Norway’s Equinor ASA (EQNR - Free Report) cut its dividend, becoming the first oil major to reduce payouts amid a steep oil price plunge in a bid to preserve liquidity. The state-controlled firm said it would pay a quarterly dividend of 9 cents per share compared with the 27 cents per share it paid earlier.

But what caused the greatest shock among investors was the decision by Royal Dutch Shell (RDS.A - Free Report) to cut its dividend. The supermajor, a reliable high-yield income choice till recently, slashed its quarterly dividend by two-thirds to weather the historic oil price crash and save funds. The cut, the first time since World War II, is set to deal a heavy blow to income investors who held the stock for its above-average dividend yield and the security to sustain its payout. Expectedly, the move was not taken well by investors with the company’s stock tanking by nearly 18% on the announcement despite the Q1 earnings beat.

With the world’s top energy companies under heavy pressure, will more ‘Big Oil’ firms follow Equinor and Shell and take their dividend down? Let’s analyze three major integrated companies: ExxonMobil (XOM - Free Report) , Chevron (CVX - Free Report) - the only two energy stocks on the list of Dividend Aristocrats - and European biggie BP plc (BP - Free Report) , to get a view on this. All of them said that they would keep paying shareholders a quarterly dividend.

In terms of yield, BP has the clear edge. The company has a $2.52 per ADR annualized payout, which equates to a 10.4% yield. ExxonMobil has a $3.48 annual payout and a 7.5% yield, while Chevron’s yearly dividend of $5.16 offers a yield of 5.4%. On paper, BP’s yield looks attractive but a closer analysis would render it unsustainable at current oil prices.

Going by the payout ratio, Chevron is the winner right now. Its dividend payout ratio is a conservative 73.2. For BP, the payout stands at an elevated 98.6% but ExxonMobil’s 148.1 is the highest payout ratio by far. With oil prices under $30, these payout ratios are likely to rise quickly in the coming years. For ExxonMobil in particular, the company is paying out much more than what it earns, putting its dividend at risk.

However, a sustainable dividend is more than just yields and payouts. A company must maintain a strong balance sheet to sustain their dividends when the going gets tough. In that respect, net debt (or total debt less cash) is of paramount importance. Of the three companies, BP has the highest net debt of $51 billion, followed by Chevron’s $23.9 billion and ExxonMobil’s $20.4 billion. In other words, ExxonMobil and Chevron have a healthier balance sheet than BP.

Next, we look at gearing, or the ratio of net debt to total capital. ExxonMobil and Chevron’s low net debt translates into gearing ratios of just 9.3 and 14.2, respectively - very manageable indeed. On the other hand, BP has a gearing ratio of 34.6, indicating higher risk and little room left for raising debt.

Finally, we see the free cash flow (or operating cash flows minus capital expenditure) – one of the key metrics in determining the company’s ability to pay and grow the dividend. Chevron's free cash flow currently stands at a whopping $12.7 billion, dwarfing BP’s $6.2 billion and ExxonMobil’s $2.5 billion.

ExxonMobil and BP’s outsized payout ratios certainly raise questions about the security of their exceptional yields moving forward. BP’s free cash flow is not too bad but the ratio of net debt to equity is on the higher side. While ExxonMobil has a clean balance sheet, it continues to face cash flow concerns.

Meanwhile, Chevron’s dividend looks the safest. The Zacks Rank #3 (Hold) company maintains a decent yield and a low payout ratio of less than 75. For a company like Chevron, paying out three fourths of earnings should be sustainable. It also boasts of one of the lowest leverage ratios among energy firms and the dividend is supported by strong levels of free cash flows.