Javelin, a joint venture (JV) of Raytheon Technologies Corp. (RTX - Free Report) and Lockheed Martin Corp. (LMT - Free Report) , recently won a contract for procuring Javelin weapon system. Work related to the deal is scheduled to be over by Aug 31, 2023.

Valued at $121.8 million, the contract was awarded by the U.S. Army Contracting Command, Redstone Arsenal, AL.

The entire task will be carried out in Tuscon, AZ.

This combat-proven weapon system boasts a reliability rate of more than 94%.It can be deployed from multiple platforms and used in all weather, day or night operations.

With increasing demand for missile defense systems owing to a rise in worldwide geopolitical tensions, both these companies are witnessing notable contract flow from the Pentagon. The latest contract win is an instance of that, with Javelin being the preferred choice of the U.S. Army, Marine Corps and almost 15 allied militaries.

Furthermore, the current U.S. administration has brought in a revolutionary change in the nation’s defense space by consistently boosting its budget over the past couple of years, negating its predecessors’ budget sequestration policy. The fiscal 2021 U.S. defense budget proposal includes a spending plan of $20.3 billion for varied missile defense programs, up from $13.6 billion allotted for missiles in the year ago budget. Such favorable budget allocation is expected to benefit missile makers like Raytheon and Lockheed Martin.

Per Markets and Markets research firm, the global rocket and missile market is projected to rise from $55.5 billion in 2017 to $70 billion by 2022 at a CAGR of 4.74%. This solid growth opportunity should bode well for U.S. missile makers like Raytheon and Lockheed Martin, with America being the largest weapons supplier in the world.

In a year’s time, shares of Lockheed Martin have gained 13.4% against its industry’s 27.3% decline. 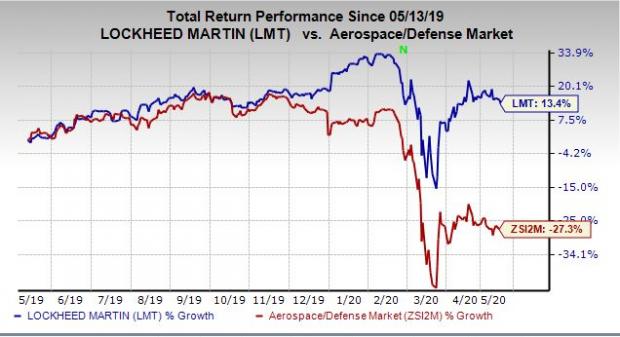 In the same period, shares of Raytheon have lost 56.1% compared to its industry’s 39.9% decline. 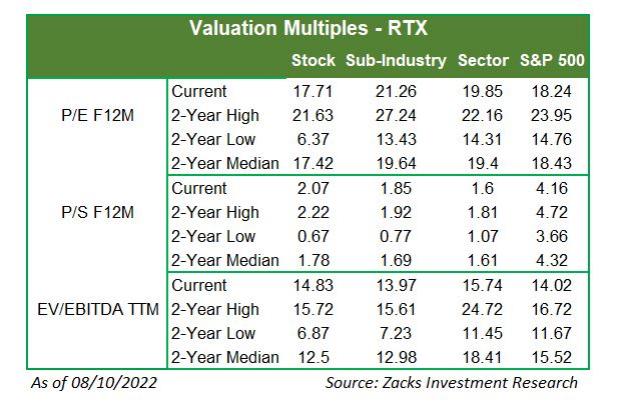 Elbit Systems delivered a positive earnings surprise of 11.26% in the last reported quarter. The Zacks Consensus Estimate for 2020 earnings is pegged at $7.65 per share, indicating annual improvement of 12.7%.

FLIR Systems posted in-line earnings in the last reported quarter. The Zacks Consensus Estimate for 2020 earnings is pegged at $1.89 billion, indicating an annual improvement of 0.1%.