Wall Street is losing steam, owing to new tensions between the United States and China amid the coronavirus pandemic. While renegotiation of the phase one trade deal signed in January this year remains a debate, the Senate’s new bill has created another. In such a scenario, it would be prudent to take a look at safe stocks.

US Holds Beijing Accountable for the Pandemic

On May 21, White House economic adviser Larry Kudlow said that the U.S.-China Phase 1 trade agreement was intact and doesn't require renegotiation. However, he made it clear that he wasn’t happy with China’s response to the pandemic. Earlier, President Donald Trump had said that China must be held accountable for the virus’ spread. Kudlow’s words only reflected Trump’s.

The rising tension between the two countries made its way to the financial markets on May 21. The broader S&P 500 index lost 0.8% to close at 2,948.51, the Dow Jones Industrial Average declined 0.4% to hit 24,474.12 and the tech-laden Nasdaq Composite lost 1% to close Thursday’s trading session at 9,284.88. A major reason for this decline was also a new legislation passed by the Senate earlier this week.

Senate’s New Bill Could Drop Chinese Companies from US Markets

In a surprising move, the U.S. Senate approved a new legislation on May 20 that could potentially delist nearly 800 Chinese companies from U.S. stock exchanges. Simply put, these companies can may no longer benefit from American investments.

The Holding Foreign Companies Accountable Act was submitted by Senator John Kennedy for unanimous consent. The bill was approved without objection. The new legislation was co-sponsored by Democratic Senator Chris Van Hollen of Maryland and Republican Senator Kevin Cramer of North Dakota.

The new legislation came after the Trump administration made its stand clear on stringent watch over Chinese companies. On May 19, Larry Kudlow told Fox Business Network that “we have to” seek for more accountability from Chinese companies listed on major U.S. stock exchanges.

Kudlow further said that this was necessary for investor protection and national security since many of these companies have “had scandals” and were responsible for investors’ loss. This was due to the companies’ lack of transparency, which, in turn, was largely because of the Chinese government, which forbids that kind of directness.

Of course, now it remains to be seen whether the bill is approved by the Democratic-controlled House of Representatives before it can be approved by President Donald Trump to be signed into law.

In a scenario such as this, one can never go wrong with betting on safe stocks. These are those companies that are afloat even in difficult times because of the nature of their products and/or services.

For example, stocks belonging to the consumer staples and utility industries are ideal to invest in right now, as these seldom witness a decline in the demand for their goods and services. After all, food and essential products will always be in demand and utility services such as water and gas are necessary products for sustenance.

We have therefore chosen three safe stocks that could help one’s portfolio be immune to any upcoming market gyrations. All of these stocks carry a Zacks Rank #1 (Strong Buy). You can see the complete list of today’s Zacks #1 Rank stocks here.

The Clorox Company (CLX - Free Report) is a manufacturer and marketer of consumer and professional products. The Zacks Consensus Estimate for the company’s current-year earnings has moved 8% north in the past 60 days. The Clorox Company’s expected earnings growth rate for the current year is 9%.

MGP Ingredients, Inc. (MGPI - Free Report) is a producer and supplier of distilled spirits, specialty wheat proteins and starch food ingredients. The Zacks Consensus Estimate for the company’s current-year earnings has moved 19.7% north in the past 60 days. MGP Ingredients’ expected earnings growth rate for the current year is 7.1%. 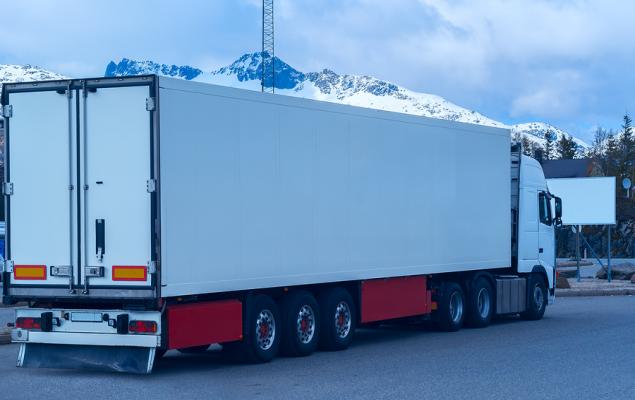