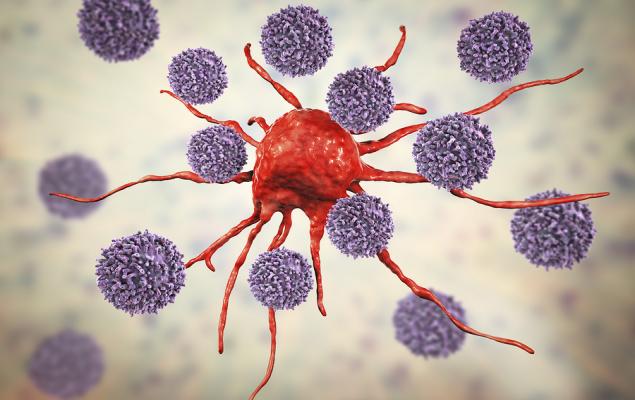 Vertex Pharmaceuticals Incorporated ((VRTX - Free Report) ) announced that the Committee for Medicinal Products for Human Use (CHMP) of the European Medicines Agency’s (EMA) has given a positive opinion recommending approval for its triple combination cystic fibrosis regimen, Kaftrio.

Vertex is seeking approval in Europe for Kaftrio ((ivacaftor/tezacaftor/elexacaftor) in combination with Kalydeco (ivacaftor) to treat  cystic fibrosis in patients aged 12 and older with one F508del mutation and one minimal function mutation (F/MF) or two F508del mutations (F/F) in their CFTR gene. Though the European Commission is not bound by the opinion of the CHMP, it usually seconds CHMP recommendations in its final decision for approval in Europe.

If approved in the EU, about 10,000 new patients with one minimal function mutation and one F508del mutation will beeligible to be treated with Kaftrio. Additionally, patients who have two F508del mutations and are presently eligible to be treated with one of Vertex’s other medicines — Kalydeco, Orkambi or Symdeko — will also be eligible for Kaftrio.

The CHMP recommendation was supported by positive data from two global phase III studies in CF patients. Both studies showed statistically significant improvements in lung function, which was the primary endpoint, and in all key secondary endpoints.

Vertex’s stock has risen 30.7% this year so far compared with an increase of 10.4% for the industry.

Kaftrio was approved by the trade name of Trikafta in the United States in October 2019 for the treatment of CF in people aged 12 years and older who have at least one F508del mutation. The approval of Trikafta came five months earlier than the PDUFA date in March 2020.Trikafta’s early approval and launch in the United States was the most significant milestone for Vertex as the drug has the potential to treat almost 90% of patients with CF. The drug has witnessed strong sales uptake since launch. Trikafta has already generated sales of $1.3 billion since its launch, gaining from rapid new patient adoption and patient switching from other medicines — Orkambi, Kalydeco and Symdeko/Symkevi.

Meanwhile, phase III studies are also ongoing to evaluate Trikafta in children aged 6 through 11. A supplemental new drug application (sNDA) seeking approval for the pediatric patient population is expected to be filed this year. Potential approval of Trikafta in EU and for pediatric patients in the United States could bring additional revenues in 2020/2021.