The picture emerging from the Q4 earnings season is one of all around strength and momentum. Not only is an above average proportion of companies beating top- and bottom-line expectations, but estimates for the current period are also materially going up.

We have a pretty good sense of the large-cap results already, with only retail and other consumer oriented operators still to report results. We will start seeing these consumer oriented reports week, with media operators like Disney (DIS), restaurant players like Chipotle (CMG - Free Report) and other consumer facing players like Michael Kors (KORS) on deck to report results. We will know for sure only after seeing these quarterly results, but the odds are high that these consumer companies did as good in the last quarter of the year as we have been seeing from all the other sectors this earnings season.

We will discuss details of the Q4 earnings season in detail below, but I want to focus on the very impressive revisions trend that we are seeing for the current and coming quarters.

The typical pattern over the last few years has been that estimates for the quarter will start coming down as we will get closer to the reporting season for that quarter. The opposite is the case with the current (and following) quarter(s), with estimates starting to go up in a notable way. You can clearly see this in the evolving earnings growth expectations for 2018 Q1, as depicted in the chart below. 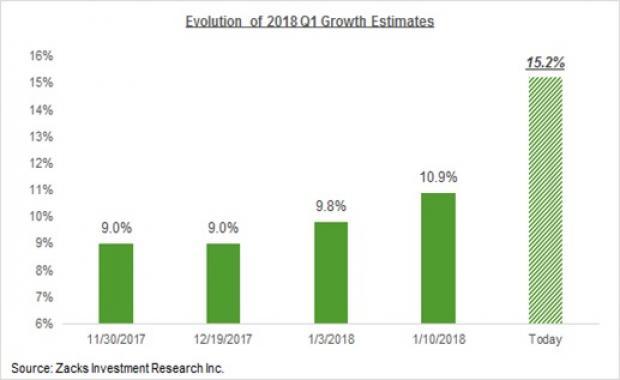 Full-year 2018 estimates are similarly going up, as the chart below shows. 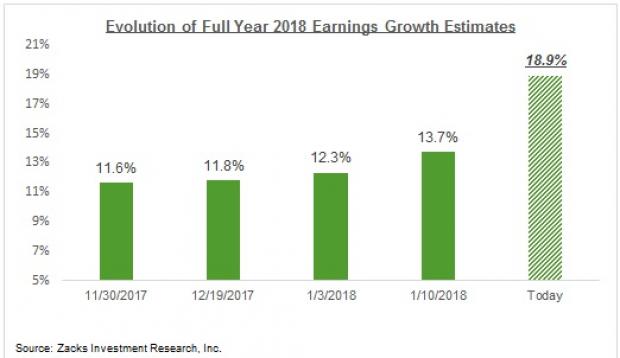 Estimates for 2018 Q1 have gone up for 15 of the 16 Zacks sectors, with the Conglomerates sector as the only whose estimates have come down. In terms of the dollar increase in Q1 estimates, the Finance sector takes the lead, followed the Energy, Technology, Medical and other sectors.

Total earnings for the 251 S&P 500 members that have reported results already are up +16% from the same period last year on +10.5% higher revenues, with 80.5% beating EPS estimates and 78.1% beating revenue estimates. The proportion of companies beating both EPS and revenue estimates is 64.9%.

To put these results in a historical context, the charts below compare the results thus far with what we had seen from the same group of 251 index members in other recent periods.

Any way you look at these results, the Q4 earnings season is on track to be very good. Not only is growth tracking above what we had seen from the same group of 251 index members, but a record proportion are beating EPS and revenue estimates. 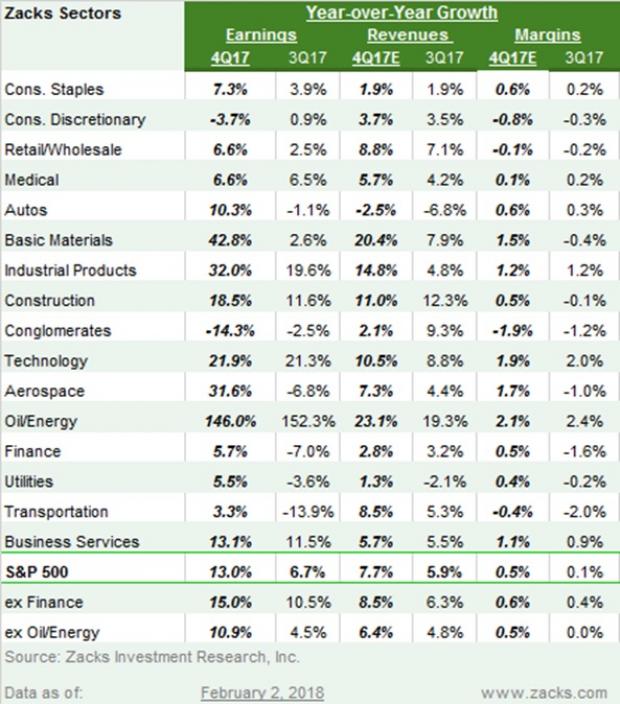 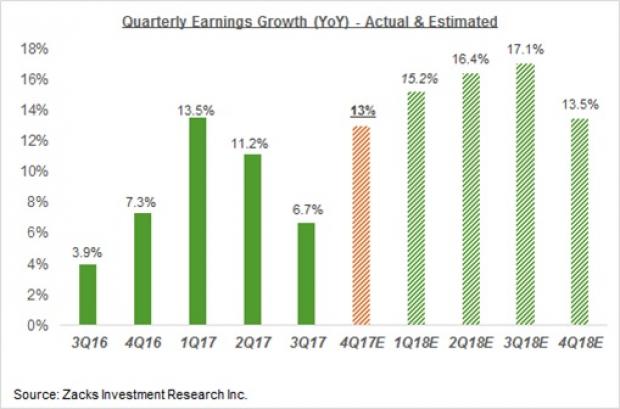 The charts below compare the results thus far with what we had seen from the same group of 156 index members in other recent periods. 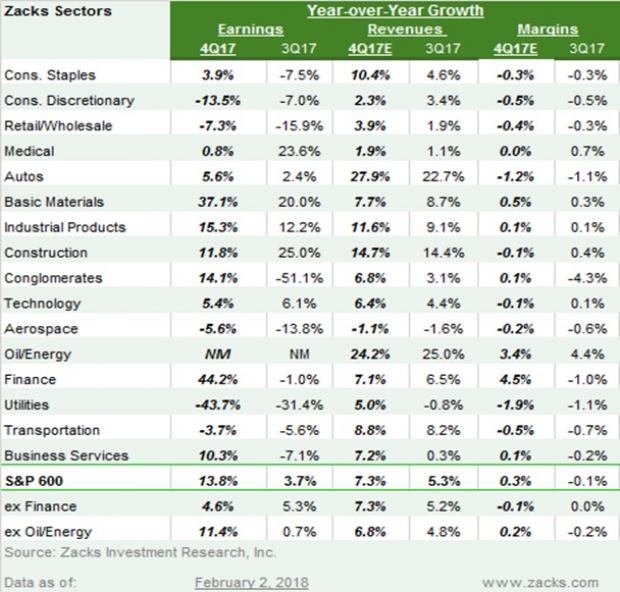 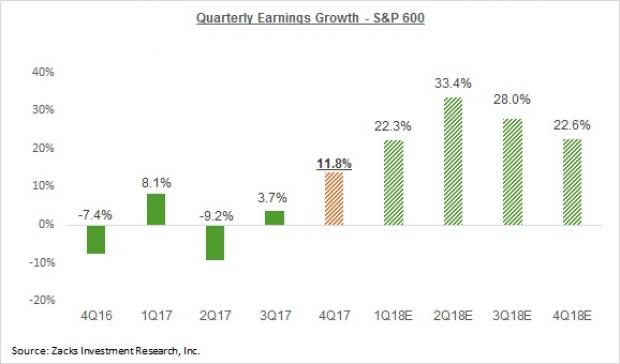