The market’s head-long plunge over the past week or so has been squarely in the face of an extremely impressive display of earnings power from corporate America. As we have been pointing out since the start of the Q4 earnings season, not only is an above average proportion of companies beating top and bottom line expectations, but estimates for the current period are also materially going up.

Market participants are undoubtedly in the grip of a fear; they appear to be dumping stocks first and asking questions later. There is some basis for the fear. After all, if interest rates were breaking out with inflation finally showing up on the horizon, then it would make sense for prices to adjust lower. Stock prices are nothing but the discounted values of future cash flows. And if the discount rates were going up, then everything else equal, prices should drop. 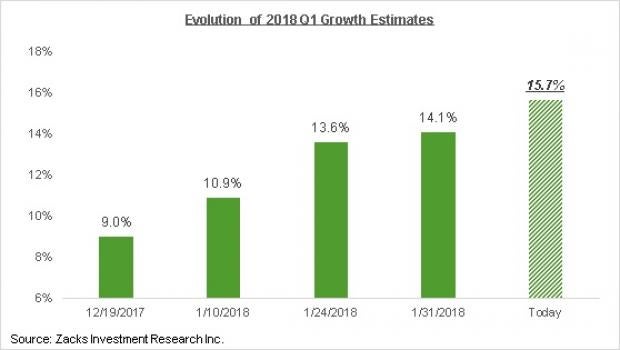 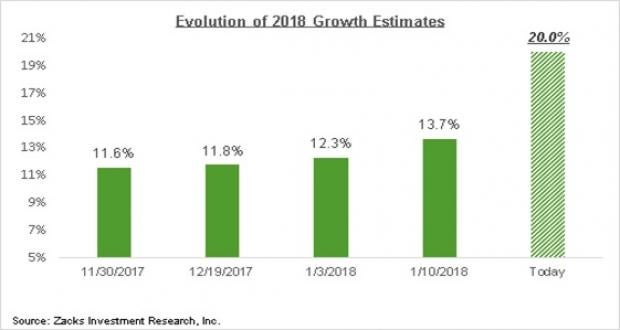 Impressively, the revisions trend is broad-based and not concentrated in one or a few sectors. Of the 16 Zacks sectors, Q1 estimates have gone up for 15 sectors. The Conglomerates sector is the only one that has estimates come down, which is a function of the never-ending General Electric (GE) saga.

The ongoing market sell-off is likely nothing more than a correction. It is definitely not a function of an impending fundamentals cliff. The fundamentals story is about as solid and reassuring as it has even been in the recent past. Unless 10-year Treasury yields were headed towards 4% in a short span, I remain unconvinced of the pullback’s staying power.

What this means is that the bull run that got underway in 2009 is still in place. Rationality typically takes the back seat in the stampede towards the exits, but sanity does eventually return. It always does. If nothing else, market valuations are starting to become very attractive. The S&P 500 index is now trading 16.9X forward 12-month consensus estimates, the lowest point since the November 2016 election. The index was trading as high as 19X in late November.

Total earnings for the 341 S&P 500 members that have reported results already are up +14.7% from the same period last year on +9.3% higher revenues, with 78.6% beating EPS estimates and 76.8% beating revenue estimates. The proportion of companies beating both EPS and revenue estimates is 63.6%.

To put these results in a historical context, the charts below compare the results thus far with what we had seen from the same group of 341 index members in other recent periods.

Any way you look at these results, the Q4 earnings season is on track to be very good. Not only is growth tracking above what we had seen from the same group of 341 index members, but a record proportion are beating EPS and revenue estimates.

We have more than 300 companies on deck to report results this week, including 57 S&P 500 members. Pepsi (PEP), Coke (KO), Deere (DE - Free Report) and Under Amour (UAA) are some of the notable reports coming out this week.

Looking at Q4 as a whole, combining the actual results from the 341 index members with estimates from the still-to-come 159 companies, total earnings are expected to be up +14.1% from the same period last year on +8.2% higher revenues. This would follow +6.7% earnings growth in 2017 Q3 on +5.8% growth in revenues. This will be the highest quarterly growth rate in years.
The table below shows the summary picture for Q4, contrasted with what was actually achieved in Q3. 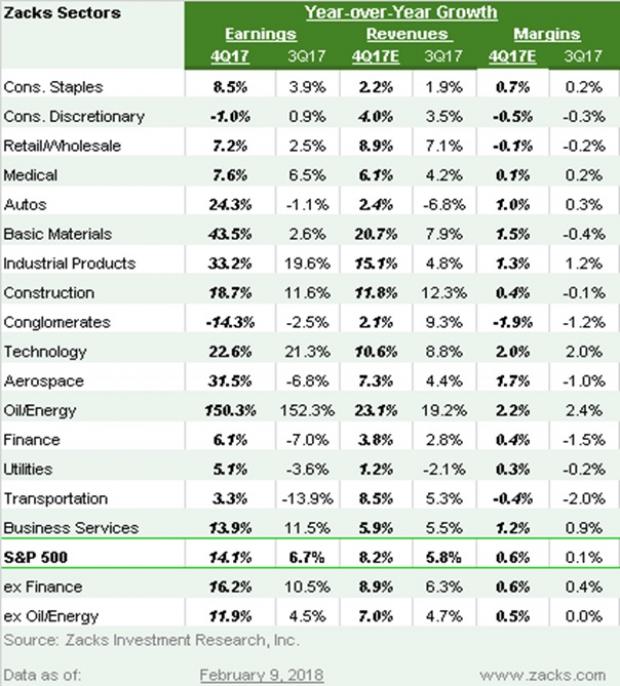 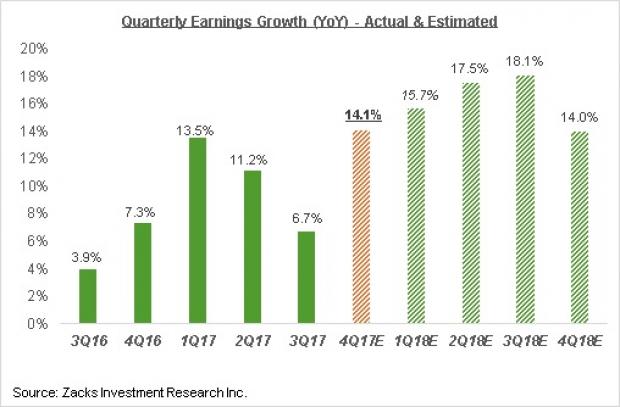 The charts below compare the results thus far with what we had seen from the same group of 240 index members in other recent periods. 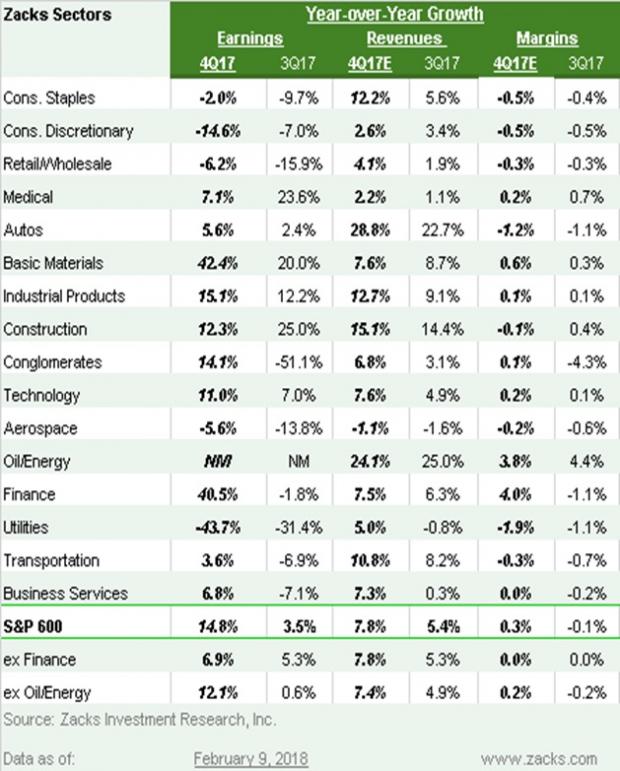 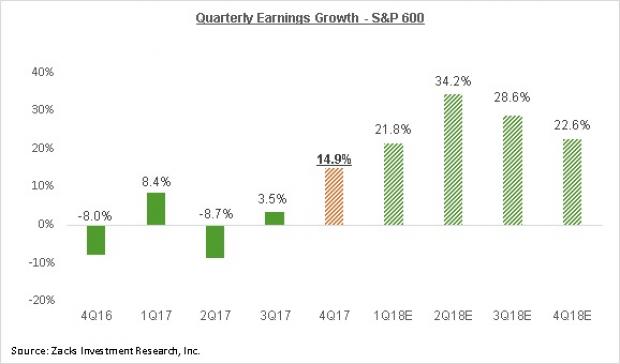 What Will Retail Earnings Show?