The S&P 500 regained a key technical level in Tuesday’s session, with Wednesday marking the final trading day before markets close for the Thanksgiving holiday. Buying pressure accelerated Tuesday afternoon, as all sectors found positive territory and built on recent gains.

Markets were able to look past Kansas City Fed President Esther George’s comments when she stated that the Fed may “need to raise interest rates to a higher level and hold them there longer.” Despite the hawkish Fed comments along with a continued COVID-19 resurgence in China, stocks were able to muster a sizeable rally at a critical juncture.

Today is the busiest day of the week, kicking off with the October durable goods report. Orders at American factories for long-lasting goods rose 1% last month, ahead of the 0.5% estimate. It’s a sign that certain pockets of the economy continue to show strength despite lingering inflation and an aggressive Fed.

We’ll also get fresh November readings on the U.S. flash purchasing managers’ index (PMI) as well as consumer sentiment. Of course, minutes from the Fed’s November rate-setting meeting are due out later this afternoon.

With markets beginning to pick up steam and both the dollar and bond yields showing weakness, investors need to be ready to pull the trigger with an actionable list of buyable stocks.

The energy trade appears to have legs despite an extraordinary rally this year. One stock that continues to hit new 52-week highs is Marathon Petroleum (MPC - Free Report) . A Zacks Rank #1 (Strong Buy), MPC trades relatively undervalued at just a 4.68 forward P/E. The oil and gas refiner has exceeded earnings estimates in each of the past four quarters with an average 60% surprise. MPC stock has more than doubled this year and is showing no signs of slowing down. 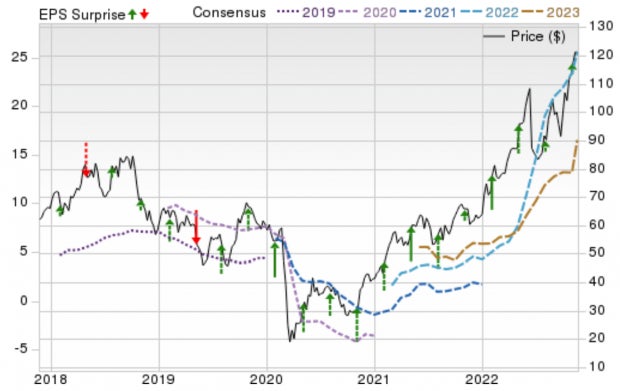 On the clean energy side, solar manufacturer Array Technologies (ARRY - Free Report) looks to breakout of a multi-month base amid broad strength in the solar industry. A Zacks Rank #2 (Buy), ARRY has surpassed earnings estimates in three of the past four quarters, with an average surprise of 82.14%. Analysts have increased 2023 earnings estimates for ARRY by 3.33% in the past 60 days. Next year’s Zacks Consensus EPS Estimate stands at $0.93/share, reflecting potential growth of 180.63% relative to this year. 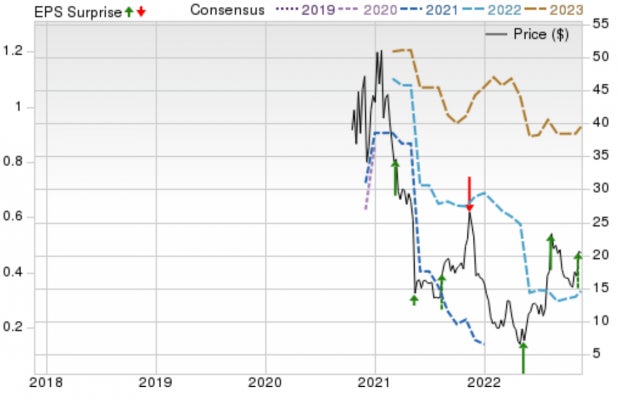 Of course, technology makes up a large part of the market, and while tech companies have been lagging most of the year, they’ll need to bounce back to life for a sustained rally to take hold. Streaming giant Netflix (NFLX - Free Report) has one of the more constructive-looking charts out of the FAANG names, with NFLX appearing to have bottomed back in May and now making a series of higher highs. Netflix has beaten earnings estimates in each of the past four quarters, with an average surprise of 35.09%. NFLX stock has advanced more than 70% off the lows. 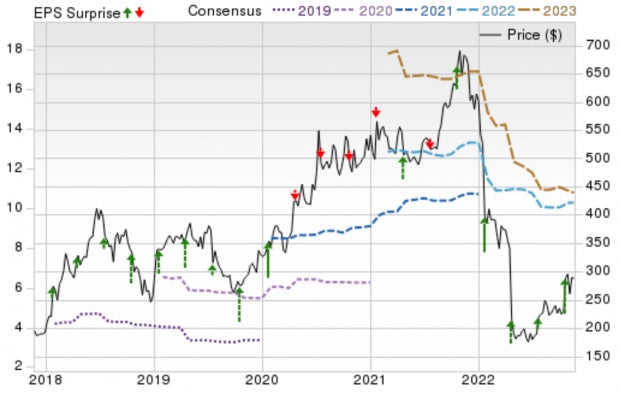 Where Things Stand in the Present

The major indices put together a nice rally at key levels yesterday and will look to build on the momentum as we head into the Thanksgiving holiday. There’s still a lot of bears out there, something that may help push this rally into December.

More and more stocks are beginning to break out and trade above their respective 50 and 200-day moving averages, a sign that breadth is improving. Still, investors need to keep their guards up and target only high-quality, top-ranked stocks, acting quickly if things move against them.

Disclaimer: Out of the stocks mentioned above, I currently own a Netflix position.