Vehicle sales in the US took a major hit during the great recession of 2008-2009. When times are lean, consumers tend to stretch the useful life of their autos further, making repairs and living with older models instead of committing a big portion of already stretched budgets to vehicle upgrades.

In general, when economic conditions improve, new and used vehicle sales increase at about the same rate. Over the past 6 years however, that hasn’t been the case. Used car sales have been outpacing new, especially as the price difference between the categories grows.

America’s Car Mart (CRMT - Free Report) operates 145 dealerships in 11 states, primarily in smaller cities through the Midwest and Southeast. Their direct competition tends to be independent “mom and pop” used car lots that struggle to match the variety of inventory and range of services made possible by greater scale.

CRMT is the big fish in the small pond.

That local presence, high levels of customer service and an increasingly loyal customer base has led to significant increases in top line sales – averaging more than 10%/year. 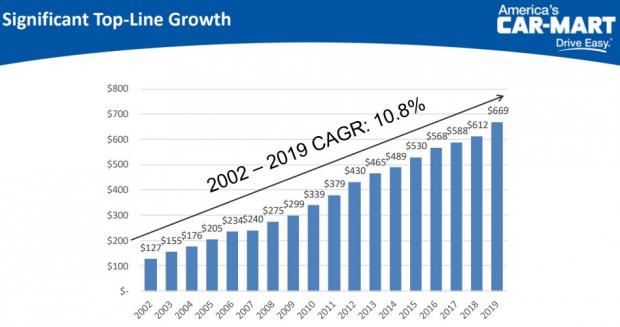 Selling cars is only part of the picture however, as America’s Car Mart specializes in offering customer financing, often offering low down payments and payment plans with bi-weekly options.
In the most recent quarter, the average customer bought a car worth $11,589, made a $700 down payment and financed the balance for 32 months at an annual interest rate of 16.4%.

In a low interest rate environment in which US Treasury Bonds with 10 years or less to maturity yield lower than 2%/year, 16.4% is a truly outstanding figure for loans with less than 3 years remaining.

You might surmise that many customers must have less-than-perfect credit - and you’d be correct – but the high interest rates don’t translate into high losses in the finance division. In fact, America’s Car Mart has been significantly shrinking charge-offs lately, thanks to the rapid new car depreciation figures discussed before. 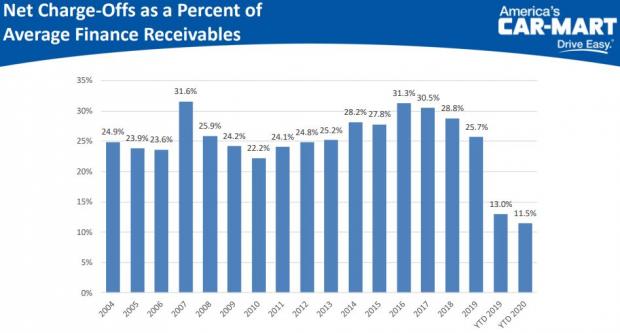 The difference is in the value of the collateral for those auto loans.

The company is selling vehicles that already depreciated significantly over the first few years in service. That translates into a shallower depreciation curve later in the autos’ usable life and an increased chance that in the event America’s Car Mart will recover most or all of their investment in the event that they are forced to repossess a vehicle for non-payment.

America’s Car Mart has been consistently beating analyst estimates over the past several years and the shares have been rallying, yet remain a very reasonable value on a Price to Earnings basis. 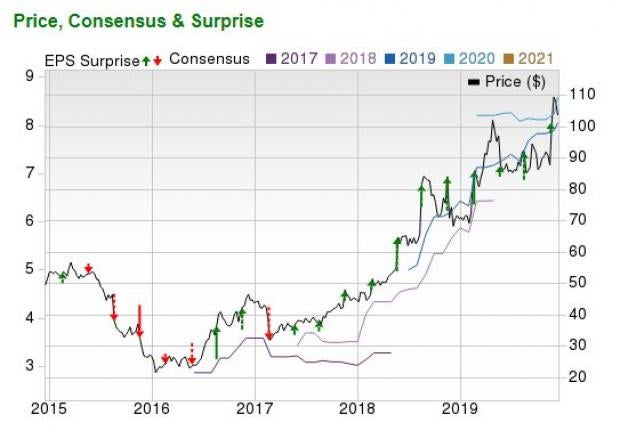 Several recent upwards earnings revisions earn the company a Zacks rank #1 (Strong Buy).
With a competitive advantage in the markets in which it participates and a unique niche in the finance business, America’s Car Mart represents one-stop shopping for its customers as well as investors in the auto-sales industry.

Biggest Tech Breakthrough in a Generation Be among the early investors in the new type of device that experts say could impact society as much as the discovery of electricity. Current technology will soon be outdated and replaced by these new devices. In the process, it’s expected to create 22 million jobs and generate $12.3 trillion in activity. A select few stocks could skyrocket the most as rollout accelerates for this new tech. Early investors could see gains similar to buying Microsoft in the 1990s. Zacks’ just-released special report reveals 8 stocks to watch. The report is only available for a limited time. See 8 breakthrough stocks now>> 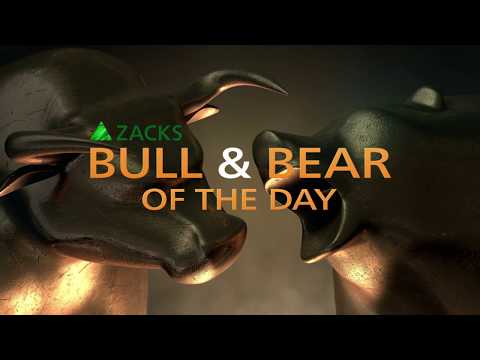