There is much to be learned from the investment styles of two fund managers that I talk about frequently here.

In December, I profiled those visionary long-term investors from Edinburgh who held the largest position in Tesla (TSLA - Free Report) , next to Elon himself...

And this week I decided to focus on Cathie Wood and her revolutionary firm, ARK Invest.

I've been saying for the past couple of months that she "broke the mold" of traditional Wall Street money management.

In the video that accompanies this article, I break down how and why she did so.

And I do it by profiling her investment philosophy focus on the singular goal of "disruptive innovation."

By not caring about index benchmarking, volatility, or quarterly returns -- or even annual returns -- Wood was able to build a fund family structure that could just focus on the potential of game-changing companies like Tesla, Square (SQ - Free Report) , Roku, Invitae (NVTA - Free Report) and the CRISPR gene editing trio of CRSP, EDIT, and NTLA.

Regarding Square, I've profiled over the years how the "Apple of Fintech" (what I started calling the company in 2018) was creating a premier ecosystem that served small business in ways that no ever bank even thought of -- from accounting and inventory management to sales development and fresh capital.

Once in the comfort of a truly new type of "Does your bank understand that" moment, why would a small business person ever leave Square?

Then, after hearing Jamie Dimon speak at the JPM Investor Day in early 2019, I gave Square a second moniker...

I held Square for two years, watching its shares struggle to sustain above $60 and then even as software stocks were recovering in the spring awakening after the Corona Crash, many investment banks were still bearish with price targets of $70 and lower.

Be sure to bookmark the video above to learn of the one analyst who always had it right.

And Roku (ROKU - Free Report) is another example I use in my discussion of Cathie "putting the Wood" to Wall Street.

Why? Because so many analysts and hedge funds were bearish on ROKU as just another fad "dongle" like Square!

And when Comcast rolled out its competitive dongle for only $5, I too believed that ROKU was cooked. So I didn't buy it near $100 like I had planned (it's now trading near $350).

Big kudos to the Tesla, Square and Roku bulls who hung on and defied Wall Street's cynicism.

CRISPR Stocks: Worth Less Than $10 Billion in the Century of Gene Editing?

In the video that accompanies this article, I look at ARK Invest's flagship fund, the ARK Innovation ETF (ARKK - Free Report) .

All of these stocks share the common theme that Wall Street hated them -- until they exploded higher.

Be sure to tune in to find out which CRISPR stocks I still own and why they could easily be worth a combined $50 billion this year, as the leader CRISPR Therapeutics (CRSP - Free Report) just breached the $10 billion threshold of the big-cap big leagues.

Oh heck, I'll tell you now: I own Editas Medicine (EDIT - Free Report) and I feel as lucky as sin that I jumped back in at $31 before the ASH meeting in December!

One more thing: I've been a big believer in Baidu (BIDU - Free Report) for many years as not only the Google of China, but maybe also the NVDA of China as they dominate AI and ADAS technology platforms and market potentials. Well it turns out that Cathie Wood and her team were buying BIDU last month because they believed it was the next Tesla of China.

You gotta love investing along side greats like Baillie and Cathie!

Disclosure: I own shares of BIDU, SQ, and EDIT.

Kevin Cook is a Senior Stock Strategist for Zacks Investment Research where he runs the TAZR Trader and Healthcare Innovators portfolios. 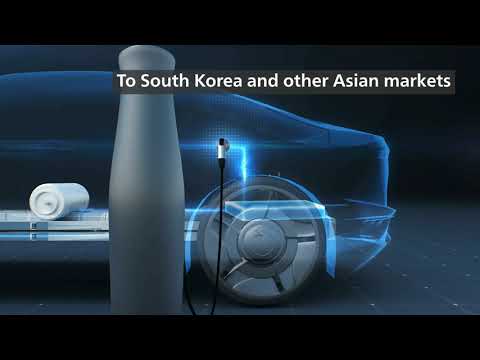