Dorman Products, Inc. (DORM - Free Report) reached a significant support level, and could be a good pick for investors from a technical perspective. Recently, DORM's 50-day simple moving average broke out above its 200-day moving average; this is known as a "golden cross."

DORM could be on the verge of a breakout after moving 16.7% higher over the last four weeks. Plus, the company is currently a #2 (Buy) on the Zacks Rank.

The bullish case only gets stronger once investors take into account DORM's positive earnings outlook for the current quarter. There have been 3 upwards revisions compared to none lower over the past 60 days, and the Zacks Consensus Estimate has moved up as well. 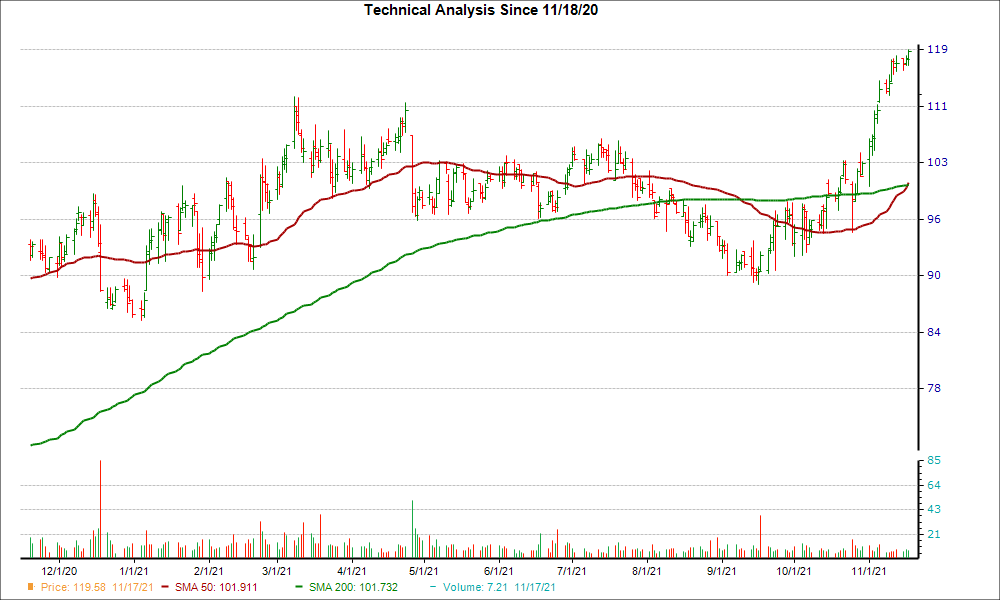 With a winning combination of earnings estimate revisions and hitting a key technical level, investors should keep their eye on DORM for more gains in the near future.

Ocuphire Pharma, Inc. (OCUP) Loses 17.9% in 4 Weeks, Here's Why a Trend Reversal May be Around the Corner